👤by Sahil Mannick  Comments 📅27-12-10
Conclusion
When Cayman was first announced, it promised new heights and performance and enthusiast forums were amassed with hype. After all, the previous generation Cypress GPU had delivered high end performance at such a relatively low price point that Nvidia couldnt respond in time. However, AMD were plagued by issues, namely that the 28nm process they expected to use were not ready. So they settled for the mature 40nm process and made some architectural sacrifices. Nonetheless, when the Barts based GPU were released in the form of the mid-range HD6870 and HD6850, their efficiency were unmatched when it came to performance, power and their price point. Hence, Cayman held great promise. At £223, the previously reviewed HD6950 turned out to be a good performer and was well priced but it lacked the performance enhancements normally attributed to a new generation of GPUs. The HD6970 on the other hand was expected to be much more, even believed to match Nvidias class leading GTX580. In the end, the high end Cayman offering was priced to match the GTX480 or newly released GTX570. So how does it compare? 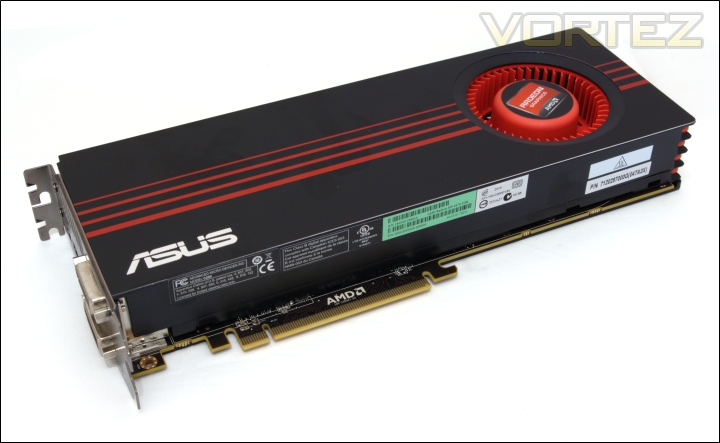 With their new VLIW4 architecture, AMD have focussed on efficiency and compute power. Comparing the HD6970 to the HD5870, it is clear that AMD have achieved their goal. Despite fewer stream processes, Cayman has more texture units and an upgraded tessellation engine. Furthermore, the card now employs 2GB of VRAM that shows great benefits over other cards using higher in-game settings, especially higher resolutions and Anti-Aliasing settings. Overall, the HD6970 outperformed the HD5870 by an average of 18%. When both were overclocked, the gap diminished to around 12%, still impressive considering that the HD6970 has 64 less stream processors, but the margin isnt significant enough to warrant an upgrade. Games using tessellation benefitted from the improved engine much more, and H.A.W.X 2, Metro 2033 and Unigine performance reflects that.

Compared to the HD6950, the HD6970 is of course the superior card with an average performance lead of 11% at stock speed and 6% when both are overclocked. The reduced performance gap after overclocking is because of the smaller relative overclock on the HD6970. Considering the price points however, the advantage of the HD6970 becomes less distinct. The two reference cards are priced at £223 and £289, with the ASUS variant of the HD6970 coming in at £300. For a 30% difference in price, the 11% performance difference is not enough to draw people into buying the more powerful of the two cards. Even the cheapest HD6970 offering from other manufacturers present less value for money than the HD6950. And more recently, it has been discovered that the latter can be flashed to full HD6970 specifications. 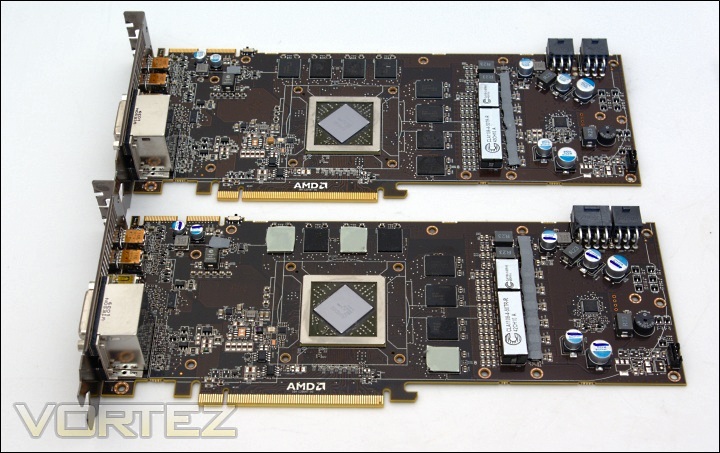 The Nvidia GTX480 and GTX570 are AMDs target competition this round. At stock speeds, the GTX480 we had on test came out on top by an average of 3.7% across all games. Even if we disregard H.A.W.X 2, which favours Nvidia cards much more, the performance difference is around 1.5% in favour of the GTX480. In a few situations, the HD6970 makes better usage of its 2GB memory to close the gap on the Nvidia card but it lacks the raw power to take the crown. Unfortunately, it gets worse when both are overclocked seeing as how the headroom on the HD6970 was relatively less than on the GTX480 in this case. In the end, the GTX480 took an average lead of 9.5%. It appears that Nvidia still provides better tessellation performance in Unigine.

Another disappointing factor was power consumption. It was unlike any other AMD cards on test and proved to be significantly more power hungry than the comparatively anorexic HD6950. It isnt all doom and gloom for the HD6970 though. AMD have ensured good overall performance, improved tessellation and AA performance, and enhanced Eyefinity support through DisplayPort 1.2.

ASUS also have to be commended for upholding their untarnished image of exclusivity. They are currently the only manufacturer to offer a pre-overclocked reference designed HD6970 and to support near limitless voltage tweaking out of the box. Unfortunately, those unique features come at a price, making it harder to opt for the ASUS card over reference designs.