Looking back over the past year, Nvidia have had a tough ride. Firstly, they were late with the release of their high end GPU, resulting in AMD taking the golden opportunity to grab some much needed market share, and secondly their Fermi architecture became notorious for its high power consumption, temperatures and noise. The GF100 core was without a shadow of doubt the most powerful GPU available but in the form of the GTX480, it remained unappealing to most users. Furthermore, the GTX480 was a cut down version of core specifications, which seemingly wasnt enough to reduce all of its negative attributes. In its bid to take the performance crown, Nvidia had sacrificed user appeal. Fundamentally, Fermi is still a very successful architecture and we only have to look at its sheer compute power to realise that Nvidia have succeeded in producing what they set out to do despite the trade-offs.

Fast forward 8 months, Nvidia claim that they have refined their architecture to reduce power consumption, temperatures and most importantly improve performance by unlocking the full potential of the GF100 GPU. Built on a more mature 40nm manufacturing, the GF110 is the new successor to Nvidias flagship position. It comes to us in the form of the GTX580. With AMD announcing their Northern Island GPUs in the shape of the Barts Core and more recently the Cayman architecture, many saw Nvidias release as a pre-emptive response to AMDs actions. The move reflected on AMD more, fuelling the idea that Nvidia were nervous about the then upcoming Cayman core.

The GF110 derivative in the GTX580 has had some crucial tweaks to make it faster, namely that it is a fully unlocked core sporting all 16 stream multi-processors for a total of 512 cores and 64 texture units. If that wasnt enough, the clock speeds have also been boosted relative to the GTX480 to 772/4008MHz. Architectural tweaks have also been made to improve shader performance so the GTX580 is geared up to be a very promising card. Less noise, lower TDP and 20% better performance than a GTX480, can Nvidia really pull it off with the GTX580?

The card we have on review today is from none other than ASUS. As standard, it comes with a 10MHz pre-overclock at 782/4008MHz. As is typical of ASUS, Voltage Tweaking is also supported through their famed SmartDoctor application to provide additional overclocking headroom. Apart from that, the card has remained vastly unchanged from the reference design and thus sports the same cooler and components. 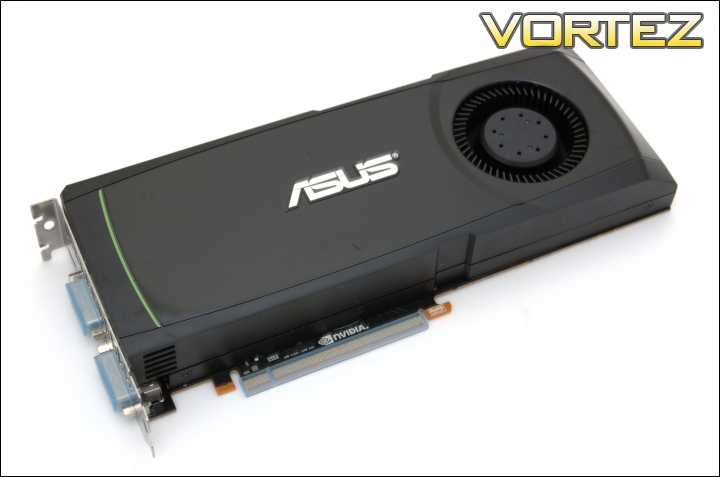 If you have read the recent AMD HD6970 2GB review, you will more than likely be familiar with the GTX580s performance but I wont spoil it for others so read on for an in-depth look at how it performs!

There are currently 715 user(s) online:
Google