'The best things come in small packages'. An old saying which many use typically as an excuse for like of size rather than words of wisdom. Graphics cards in particular are generally more powerful the bigger they are. Triple slot cooling, oversized power circuit boards and lengths that typically overhang a standard ATX motherboard; these are the kind of high end cards we have become accustomed too. The size no longer shocks us because to generate all that power, the cards needed power plants the size of Chernobyl and enough cooling to keep the Sun chilled. ASUS however have spotted a niche in the market. Not everyone wants monolithic gaming towers. Certainly those who attend regular LAN parties want a system that is easy to transport yet powerful enough to compete. Anyone who has carried a full gaming tower from the car parks to the gaming halls will testify that it was a less than pleasurable experience. Strange then that with mini-ITX PC builds now common place among PC enthusiasts, there are few cards which are capable of gaming at today's popular resolutions. Size it seems generally dictates power. 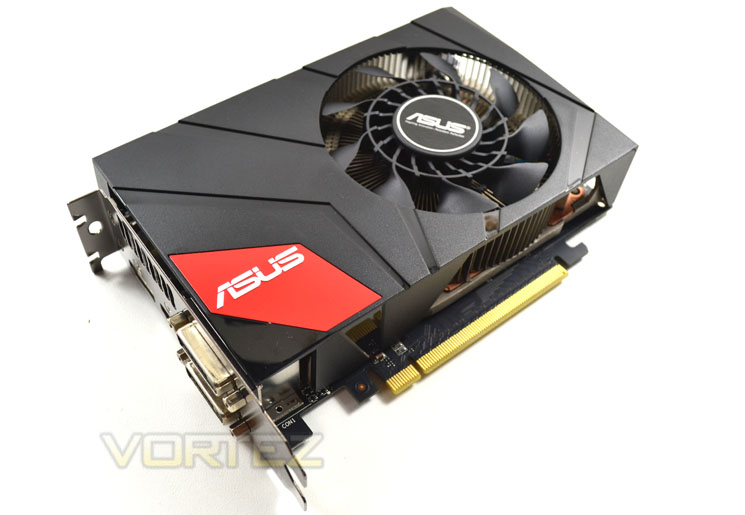 Step forward the ASUS GTX 760 DirectCU Mini OC. The latest card from ASUS has all of the power of a regular GTX 760, arrives factory overclocked and has ASUS' DirectCU custom cooler. Yet it measures just 17cm in length! Instead of attaching a cooler which makes the card look bigger than it actually is, ASUS have kept the reference PCB length and designed a cooler to the same size. While the cooler remains dual slot, the GTX 760 can now be used in any PC, particular those small form factor designs which previously had to sacrifice power because of size...but no more. Despite it's size, the ASUS GTX 760 DirectCU Mini OC makes few compromises and as you will see, easily competes with other, much bigger cards on the market.