Over the years, ASUS have been at the forefront of performance components and have diversified into a foray of other hardware departments to show their engineering talent and supremacy. But what we know ASUS for, are their motherboards, which they continue to improve and innovate. Their latest brainchild is their new flagship P55 based motherboard, the Maximus III Extreme, which has been inserted into the Republic Of Gamers line up. The board introduces new overclocking features, the NF200 chip and most importantly, if the conveniently named III moniker wasnt already a give-away, USB 3.0 and SATA III compatibility.

The main aim of this motherboard is to bring high end performance to the more limited mainstream market. A lot of people do not require the sheer performance of the x58 platform, which can come at a high cost and instead would prefer to settle with the cheaper i3/i5 alternatives. ASUSs philosophy is that the cheaper option should not be limited in their features, hence the boards ability to unlock every drop of performance at the platforms disposal through overclocking and a rich feature list.

In an ever competitive market, innovation is the key to success and the Maximus III Extreme is ASUSs latest attempt at demonstrating why they are at the top of the game. So lets see how the board really fares. 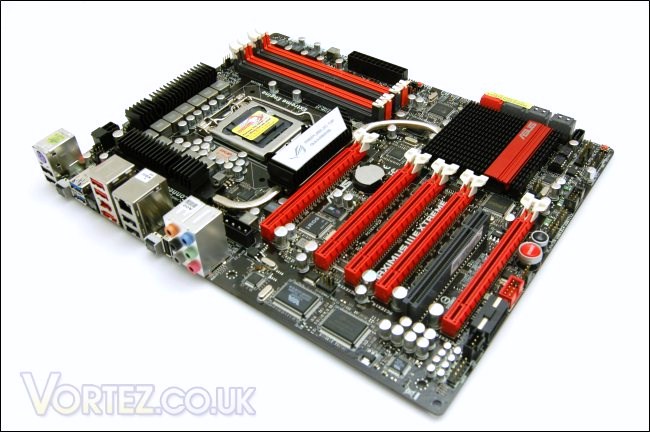 There are currently 658 user(s) online:
Google