👤by Matthew Hodgson  Comments 📅25-09-19
Closer Look
The black and white styling on the board makes things quite difficult to distinguish, almost like a form of pre-launch camouflage that vehicle manufacturers use when testing their latest models. Its certainly different and looks funky. 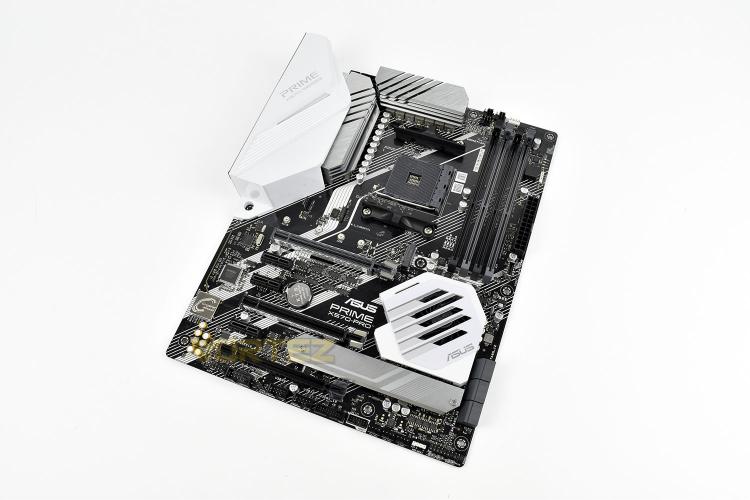 Kicking off with the AM4 CPU socket, the Prime X570-Pro offers full support for all of AMDs 2nd and 3rd Generation Ryzen CPUs, all the way up to the upcoming Ryzen 9 3950X with 16 cores and 32 threads.
Providing all of the juice for those components is a 12+2-phase with DrMos MOSFETs, alloy chokes and durable capacitors to deliver the power that high core count CPUs require. All of that is cooled through the large silver heatsinks dropped right on top. 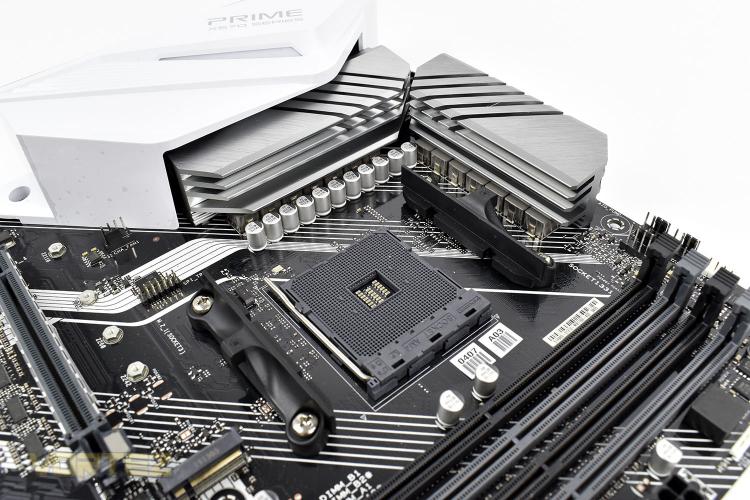 Supporting up to 128GB of 4400MHz DDR4, the Prime X570-Pro certainly goes a long way to warrant its Professional accolades, where large DRAM capacity is often a key factor to performance. To further help memory performance, ASUS OptiMem has been employed which uses optimised memory tracing to improve stability and compatibility.
Also found around the DRAM slots is a trio of 4-pin PWM fan headers, a couple of RGB headers, a power switch and a USB 3.2 Gen. 2 front connector. 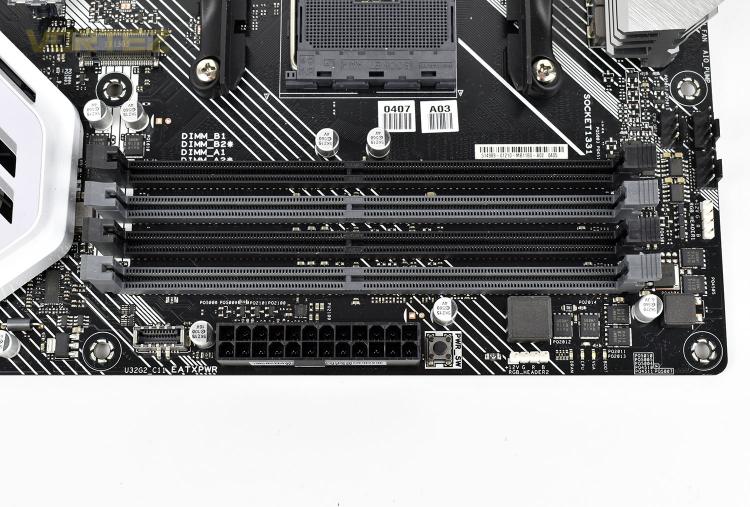 Perhaps a little scarce are the SATA ports, only six of them. With ASUS aiming this solution towards the professional, a large storage library might be needed and adding in additional PCI-E SATA cards could add a considerable cost and complexity to the build. Eight or ten SATA ports wouldve been better here, we think. However, you could also argue that a NAS or similar might be in use and would negate the need for most, or possibly all, of the SATA ports, your mileage will vary here, obviously. 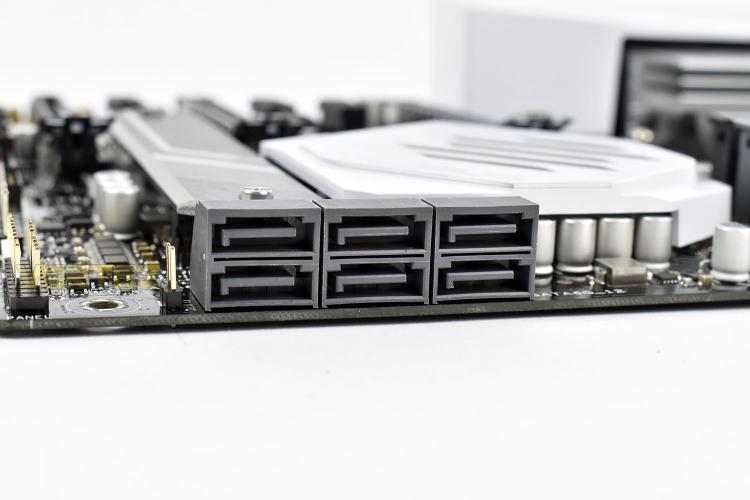 The rear I/O is decently populated, with all of the USB ports being rated to a USB 3.2 Gen. 1 as a minimum, with 4 of them exceeding that to 3.2 Gen. 2 for 10Gbps.
Theres also a DisplayPort and HDMI out, Gigabit ethernet and 7.1 audio. 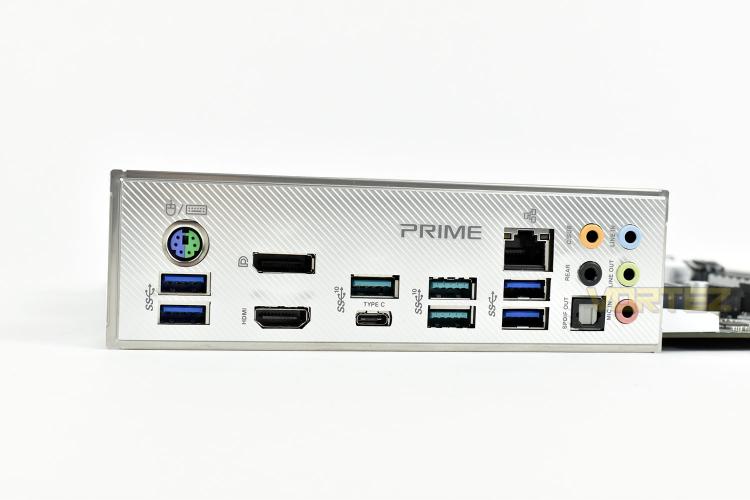