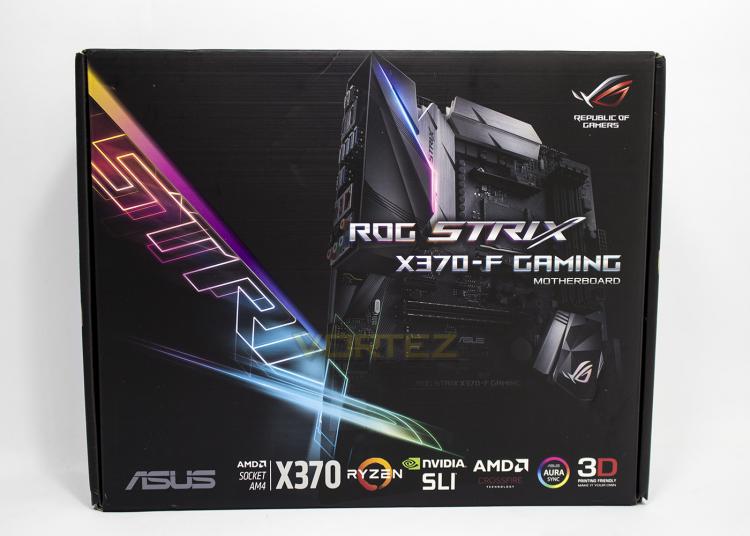 Sleek and colourful, the packaging gives all the necessary information with an image of the motherboard brooding like Batman in the background. 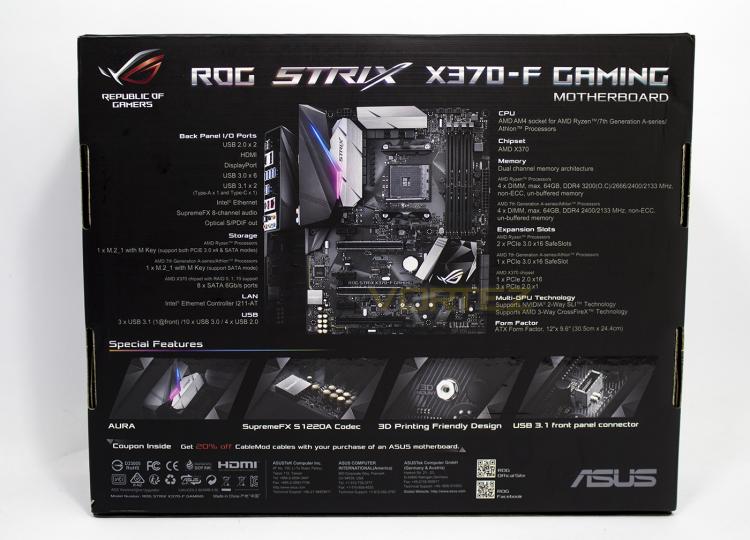 The rear side gives a breakdown of its features and specification. 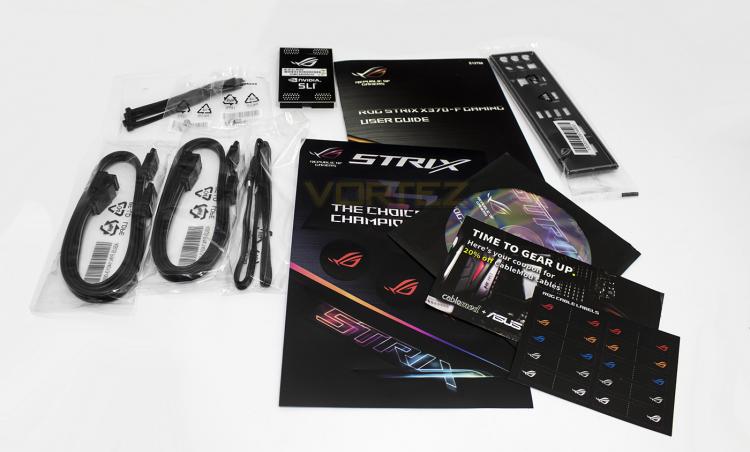 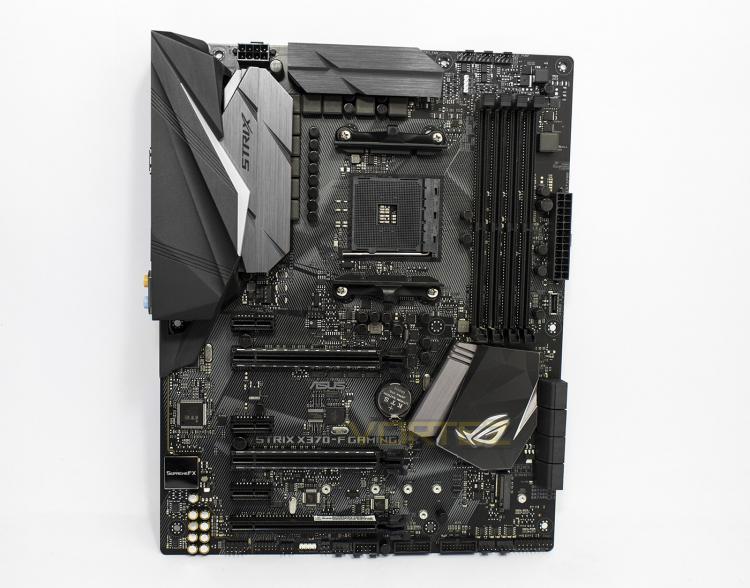 The layout is similar to many we have seen before, one which has started to become fairly standard. There is a PCIe x1 slot at the top, giving space between the main PCIe x16 and the CPU cooler, then a triple slot clearance until the second PCIe X16 lane (x8). There is large gunmetal grey chipset coolers as well as a rear I/O shroud which features RGB lighting. There is an M.2 slot beneath the chipset cooler, and in the bottom left we can see the SupremeFX audio solution surrounded by the high quality Nichicon capacitors.