👤by Matthew Hodgson  Comments 📅19-04-18
Closer Look
While were moving to the X470 chipset, the AM4 socket remains. There are some small differences, which are highlighted on the X470 Chipset Overview page, but all CPUs will be forwards and backwards compatible (BIOS updates may be required). The digital power phase control is provided in a 10+1 format.

Additional power technologies include ASUS Digi+ VRM for voltage smoothing, overcurrent protection to prevent damage to your CPU and DRAM and high-quality solid capacitors which are rated from -55°C to +105°C, 110% better than the industry required standard. 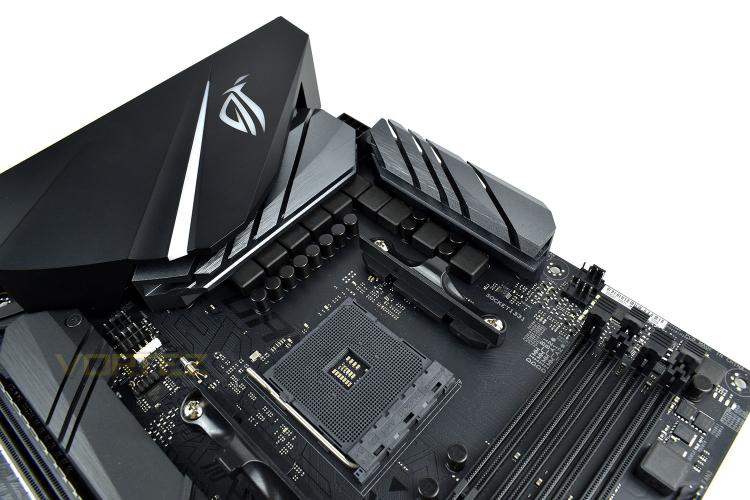 Theres a total of seven PWM fan headers across the board, two of which are located directly above the CPU socket. Theres a pair on the bottom-right of the board, one next to the DIMM slots and another couple just above the M.2 heatsink. You will also find three RGB fan lighting headers, with their white plastic enclosures.

The maximum supported memory speed is DDR4-3466, a good step above the standard 2933 provided by the Ryzen 2nd Gen. chips. There are four DIMM slots capable of supporting 64GB (4x 16GB) total capacity. These only unlock on the top edge, making memory a little more tricky to insert and remove but it does make things easier if your GPU features a hefty backplate.

As is becoming a standard across enthusiast gaming boards, there are four indicator LEDs, bottom-right, which will identify the cause of any boot up issues. BOOT, DRAM, CPU or VGA. We also see a front panel connector providing USB 3.1 Gen. 2 speeds. 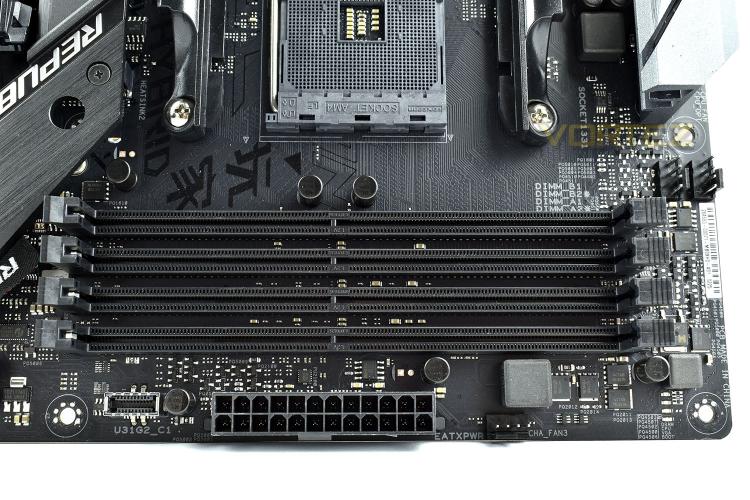 SATA storage connectivity is provided by six right-angled connectors on the right-hand edge of the board. Handy for cable management. The supported speed is SATA 3.0 (6Gbps). 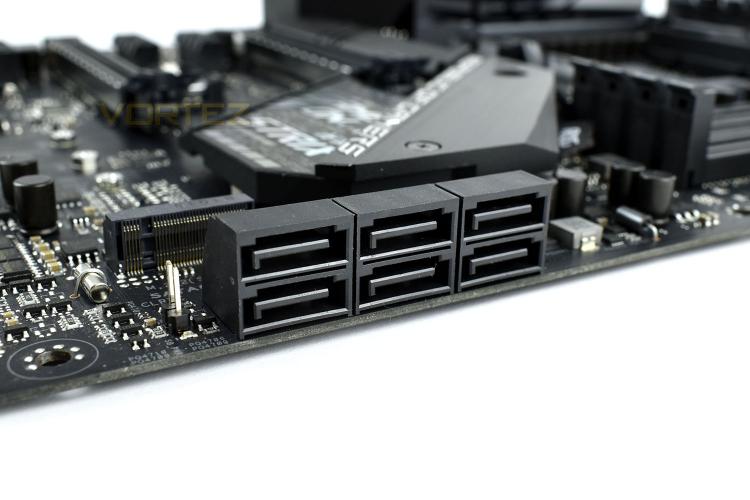 Theres also a pair of M.2 slots available, one of which resides below the iridescent Southbridge heatsink, up to a maximum of 2280. The other is accessed by removing the heat spreader by way of undoing a couple of small screws; this slot is capable of taxing the extended 22110 size drives, as well as 2280, 2260 and 2242.

PCI-E connectivity is plentiful, with both NVIDIA SLI and AMD CrossFire supported on the STRIX X470-F GAMING.
PCI-E Ports are as follow:

External and internal connectivity, along the bottom row from left to right, is as follows: 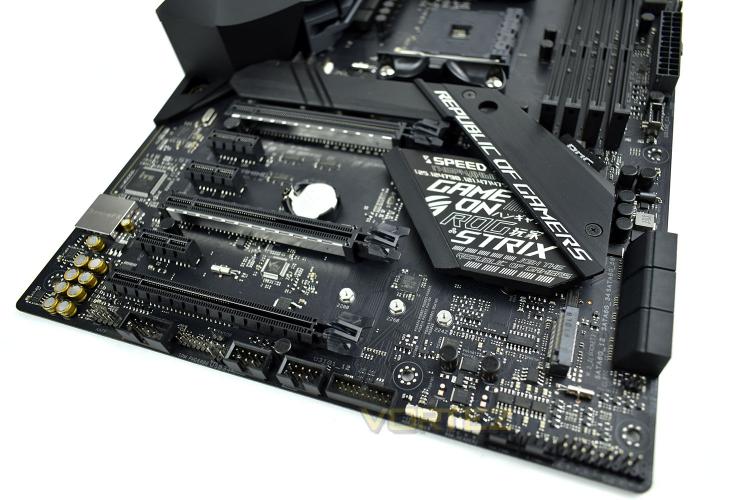 Audio is provided by SupremeFX, utilising the S1220A coded. The audio output is tuned to provide a flat frequency response for a neutral, detailed sound.

The Nichicon audio capacitors, aas well as the SupremeFX audio processor are separated from external circuitry to minimise interference. 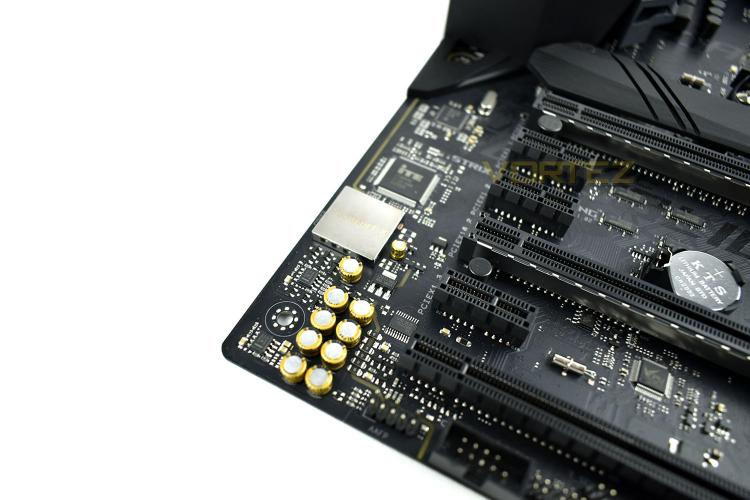 The rear IO panel comes with a pre-mounted IO shield (weve all forgotten to put this in place during a build at some point, so having this attached can save a costly, embarrassing mistake from occurring.)

We get a decent selection input/output options:

ROG having gotten rid of all USB 2.0 ports on the rear is welcomed by us at Vortez. The increase in speed between USB 2.0 and USB 3.1 is an order of magnitude better, which we can all appreciate. 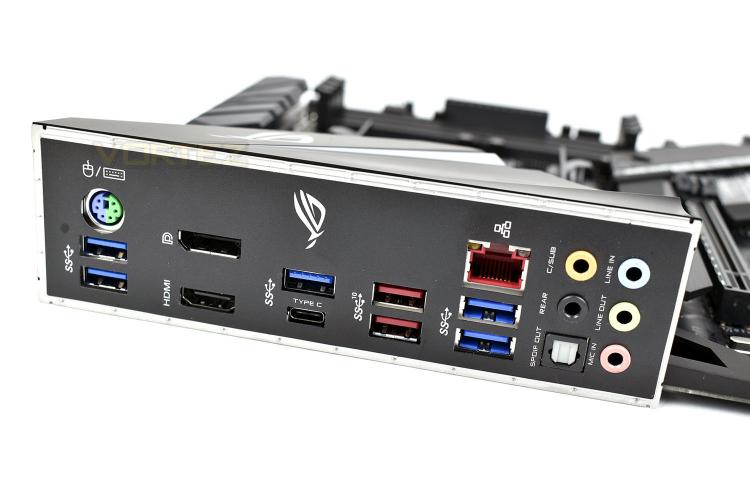 There are currently 762 user(s) online:
Google