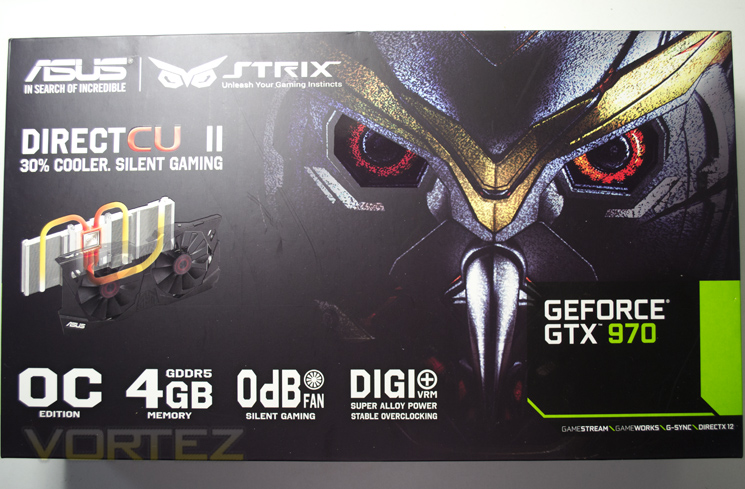 The front of the packaging will look very familiar to those who have purchased an ASUS graphics card previously. The package does however have a Strix flavour featuring the glaring eyes of the owl. Among the features displayed to the lower segment of the packaging is a claim of 0dB. This can only achieved with zero movement and as the display shows us, this card comes with DirectCU II cooling so we can only assume that the fan does not move, at least all of the time. 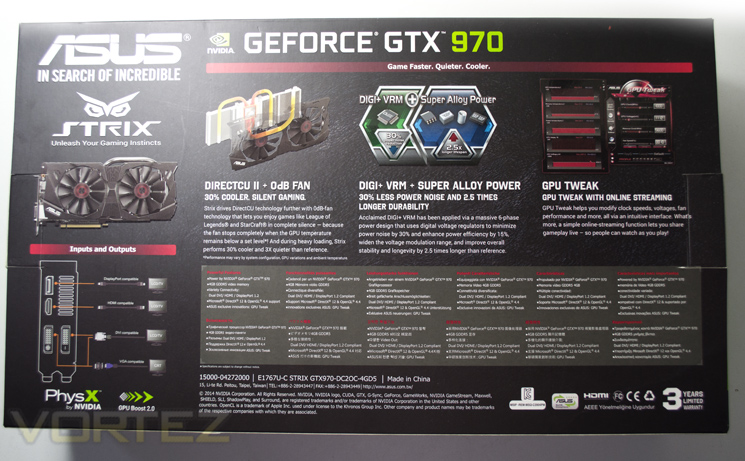 The read of the box goes into greater detail regarding both DIRECT CU II cooling and Digi+ voltage regulation. ASUS it appears are also keen to push their GPU Tweak utility which is strikingly similar to a utility borne from one of ASUS main competitors, MSI with their Afterburner utility. Both do pretty much the same thing so you will not lose out using one over the other but we would of course suggest using GPU Tweak with an ASUS product, if nothing else for uniformity. 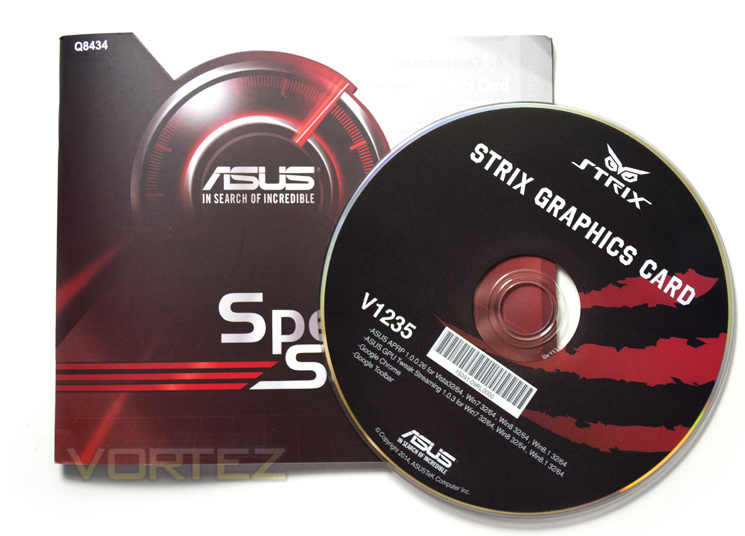 The accessory list is extremely sparse. All we get is an instruction/installation manual and a utility CD. This card requires an 8pin PSU connector so we would have liked to have seen this included in the accessories to allow those who do not have a PSU with an 8pin PCIe power cable to use a 6pin cable instead.