One of the few new motherboards to arrive on the scene after the launch of the I-BE range of CPUs, the ASUS X79 Deluxe looks to give the enthusiast everything they are looking for from a high end platform. The ASUS Deluxe range has been around for quite some time now and has always been regarded as the all rounder, the motherboard that caters for everyones needs whether you're an overclocker, gamer or for use as a media station. The deluxe has most bases covered and because of this it is perhaps one of the most time served and successful motherboard ranges to date. 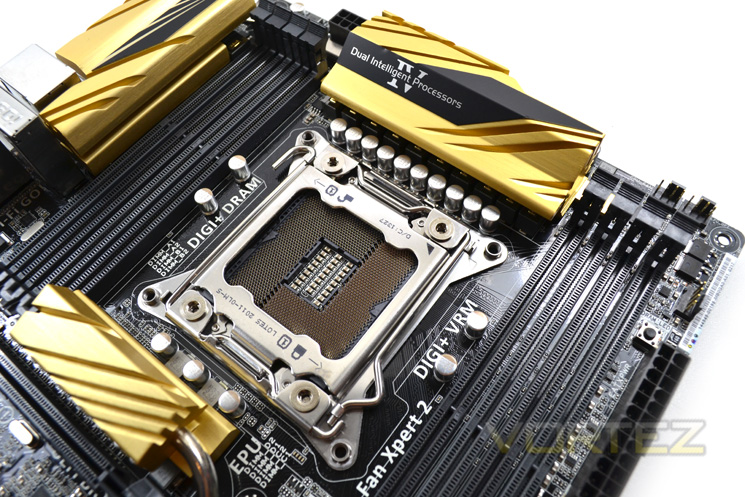 The current model continues this trend of providing everything what 99% of the PC community desire. But is this enough? Most PC users have opted to base their rig around the less complex Z68 chipset so the X79 platform remains a niche platform for those who put performance above anything else, money included!. Now with cost being low down the list of priorities, it could be argued that those buying into the X79 platform will inevitably opt for the high end motherboards such as the ASUS Rampage Extreme. Be under no illusion that the Extreme is a formidable gaming and overclocking motherboard but the deluxe we have for review today can be compared favourably as an all round X79 platform. Some people would rather save the £100 or so pounds more it would cost for the Extreme and instead invest in a better graphics card or SSD. Whichever position you find yourself in, if you are on the lookout for a motherboard which on the face of it at least appears to have it all, read on because this motherboard is well worth your consideration.

About ASUS
ASUS takes its name from Pegasus, the winged horse in Greek mythology that symbolises wisdom and knowledge. ASUS embodies the strength, purity, and adventurous spirit of this fantastic creature, and soars to new heights with each new product it creates.