👤by Sahil Mannick  Comments 📅14-05-10
Introduction
There's a common belief amongst early adopters of new hardware, especially graphics cards, that performance will improve over time thanks to continuous driver updates. It's certainly a belief that manufacturers have tried to uphold themselves by constantly claiming performance improvements in their latest drivers. In many cases, their claims are correct since SLI and CrossfireX technologies are heavily reliant on software implementations and drivers undergo optimisations to take full potential of the hardware. Even with single card configurations, both Nvidia and ATI often claim major boosts of more than 10%, which is a figure that can often differentiate two separate cards (GTX295 vs HD5870). If those numbers are correct, it could essentially mean that relative performance differences between cards will vary over time and this has some interesting implications.

Let's take the GTX295 vs HD5870 as an example. Upon release, many reviews including ours here at Vortez found that the GTX295 still offered a 10% lead over ATI's HD5870. Driver updates in this case would put the HD5870 on an equal stand with the Nvidia card, thereby changing the way we recommend cards. Of course, those two cards are from different generations but if we cast our minds back to the GTX260 vs HD4870 days, it became much harder to recommend one card over the other. In fact it was thanks to driver updates (known as the Big Bang II) that the GTX260 became competitive again after the initial release of the HD4870. This example demonstrates that driver updates can change the way we view and thus recommend graphics cards. It can also mean that reviews using older drivers become obsolete since they do not take into account those performance gains and users/readers have to be wary of this.

The other problem is that users can then become too reliant on driver updates and thus judge their purchase on the hope that there will be potential performance gains in the future. One such example was the release of the HD2900XT. Although ATI had built up much hype with their latest technology, they were unable to compete with the already released 8800GTX. Early adopters of the card were hopeful that drivers would bring further optimisations and fix the lack lustre Anti-Aliasing performance but in the end, Nvidia still reigned champion.

So we've seen driver updates being able to change the "game" and in other scenarios they didn't deliver what people were hoping for. The idea that drivers can have such an impact on performance and people's attitude to hardware makes it an excellent marketing tool for manufacturers which takes me back to my first point. Do their claims really translate to real world performance boosts?

Today, I will have hold a comparison between the Catalyst 9.10 drivers and ATI's latest 10.4 drivers. The latter was the first to bring full GPU support to the 58xx series of cards so the latest drivers should show some improvements. 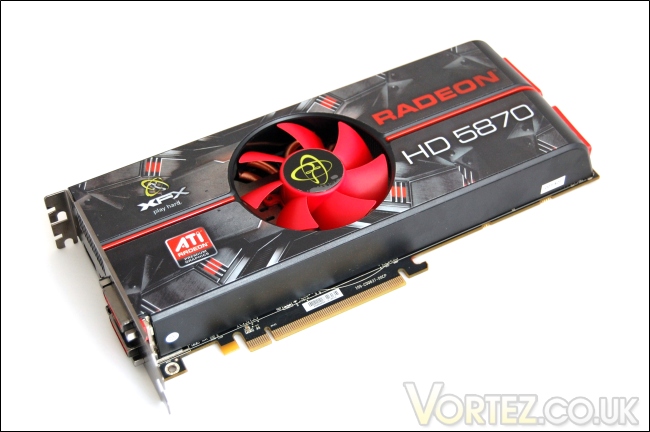