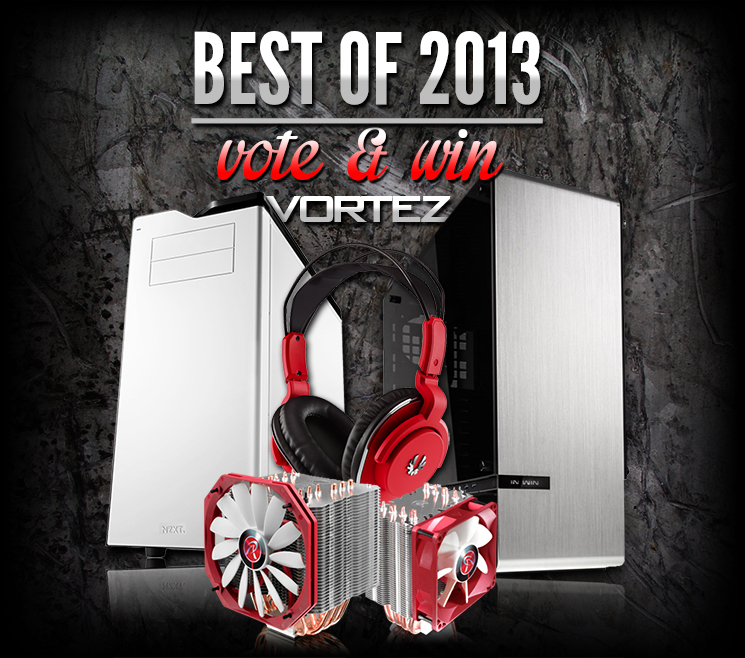 Its the time of year again for the Vortez Best Of Awards. We asked you, our readers, to choose 2013's best PC technology from a shortlist drawn up by our editors; unlike other end of year awards they're unique to the Vortez community, your preferences and interests.

This past year saw the release of Intels Haswell and Ivybridge-E CPUs, huge new GPUs from both NVIDIA and AMD, and further refinement in everyday and niche products. Sectors which on the surface may not appear to have changed built up value-added features, whilst the most competitive have gone on a development spree to try to make both value and premium products stand out. In none is this more evident than case manufacture, where the range of available designs has never been more comprehensive.

Some of the following results may have seemed like a forgone conclusion, whilst others will no doubt be contentious. Such is the magic of user-voted awards. So without any further ado, lets get to it... 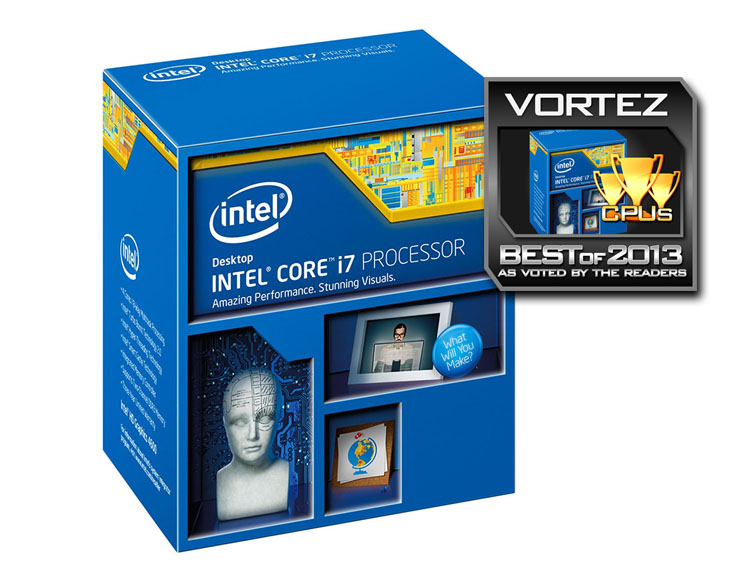 Last year told the story of Haswell and Ivybridge-E, Intels latest generation of CPUs for mainstream and enthusiast sectors. Its no surprise that these CPUs dominated the forum votes, and the flagship Intel Core i7-4770K won out. A quad-core processor built on the same 22nm process as last years' winner, the 4770K combines with Intel's Z87 platform to be the weapon of choice for legions of gamers keen on out-the-box performance.

As far as raw power goes, the Core i7-4960X deserves huge plaudits. Although vastly more than most common users requirements, its fulfilling a role for extreme overclockers keen to move their rig to the bleeding edge. Granted Vortez Elite status for absolute performance, it perhaps missed out on the top step due to its eye-watering price. 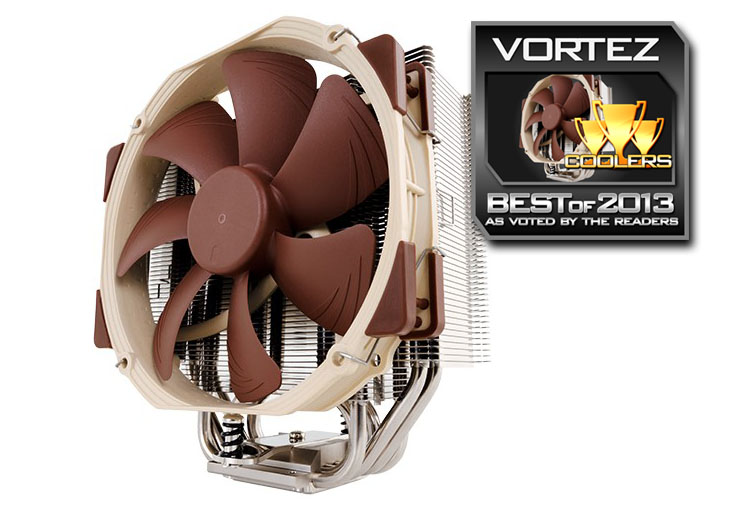 In a huge upset, Noctua dethrones Corsair this year in the best CPU cooler category with the NH-U14S. A slimline cooler and the first in the U-series with their own 140mm NF-A15 PWM fan, it beat out stiff competition from the likes of Corsair and Silverstone who entered the fray with two excellent closed loop CPU coolers.

Noctuas awesome reputation for air coolers was a major factor in their favour, but ease of installation thanks to their SecurFirm 2 mounting system and the use of premium fans cant be underestimated. It achieved both Creative and Silver at the time of review, which along with today's 'Best Of...' totals three for the year. Not bad for an air cooler. Noctua will no doubt be back next year to defend their title.

Wed also like to make special mention of newcomers Rajintek and GamerStorm. Entering into such a competitive market is a daunting task, but both the Erebos and Lucifer coolers were strong performers offering excellent value. 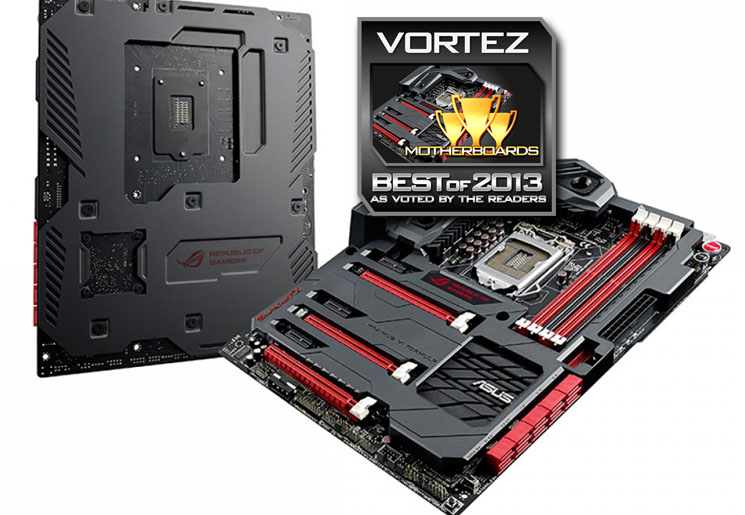 After a tight race in the CPU cooler stakes there was one dominating winner of the best motherboard reviewed at Vortez last year: the ASUS Maximus VI Formula. Heres what Mishima said in his original review of this Z87 powerhouse:

ASUS push the boat out with the Maximus VI Formula. Every conceivable feature finds its way to a truly stunning masterpiece. Formula triumphed in our benchmark tests, demonstrating that it is a contender for the Z87 crown.

We gave it our Gold Award due to overclocking performance which trumped many competitors, allowing us to push out Core i7 4770K to higher frequencies on lower volts, but the feature set of this ASUS ROG board is mind-boggling. The striking looks and out-the-box VRM watercooling support may have turned a few heads, but getting the most out of your other components will be what puts it ahead of the pack. 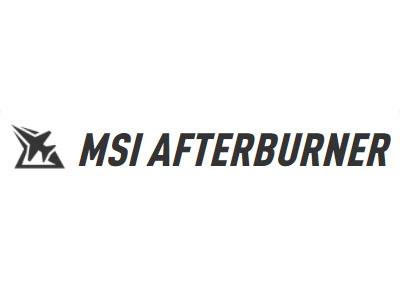 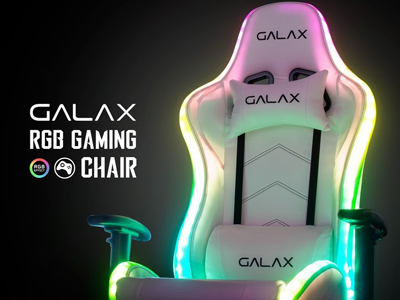