Back in 2006, Bigfoot released the Killer NIC K1 and slightly later, the M1 models. These were a relatively new concept  high end network cards. Before the Killer NIC, network cards took somewhat of a back-seat in a high end gaming rig, with most opting to use the onboard network of the motherboard. This still really remains the case, though perhaps awareness that the Network Interface Card (NIC) can have an effect on the online game experience is increased. The problem with the K1 and M1 were that they were extremely expensive at £100-£150 and also that due to the benefits being difficult to test reliably and only small changes in performance observed, they were met with a very lukewarm reception. In fact, the general consensus amongst the gaming community was that there were no real gains to be seen and a normal NIC was good enough as makes no difference, and those who did splash out on the Killer NICs were often met with criticism for falling for marketing spiel and having too much cash to burn. This is a shame, as the theory behind the cards was solid, and these early models had support for other exciting technologies such as the inclusion of FNApps, which allowed users to run BitTorrent clients and more on the card itself, with strict controls over bandwidth usage and gaming traffic prioritised. BitTorent whilst you game? Sounds too good to be true, and unfortunately, often it didnt work so well, perhaps cementing the cards reputation and contributing to their demise.

A re-think came in mid 2009, with the Killer Xeno Pro  a new, smaller, cheaper card with a more reasonable price tag of ~£75. This dropped the FNApps but included support for offloading VOIP traffic to the card. This, also, never really took off. Coupled with occasional problems with TCP throughput and still a relatively high price (compared to the free network chip on motherboards) meant that, although this time the product had a much higher chance of becoming widely popular, it never saw mass appeal and was restricted to only the highest end PCs and a select number of OEM systems. 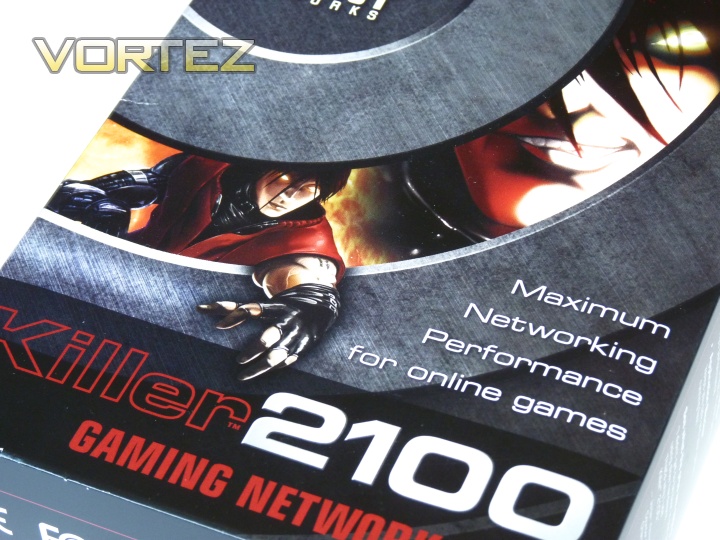 The latest model, the Killer 2100 is their most streamlined product yet, focussing directly on delivering the core feature, unrivalled gaming network performance. The wheat has been sorted from the chaff, leaving us with Bigfoot Networks lowest priced Killer NIC thus far. An SRP of £69.99 and a market price of around £55 if you shop around; this card is now much more of an upgrade prospect for a large number of enthusiasts. How has it changed? The VOIP support is dropped, the card has been tweaked and updated under the hood, and the new software is more reliable and supposedly, delivers better overall performance than the Killer Xeno Pro.

The question now in your mind will be, Should I buy one?. This review aims to give you the answer.