👤by David Mitchelson  Comments 📅03-05-12
Closer Look
Having the Intel Z77 chipset the TZ77XE4 is LGA1155 and has support for Intels 2nd and 3rd Generation Processors (Sandy Bridge and Ivy Bridge). BIOSTAR have given this motherboard a 13 phase power design and a dual heatsink design covers the MOSFETs  these heatsinks are joined via a single heatpipe. Pictured below just behind these heatsinks is the 8-pin CPU power connector. 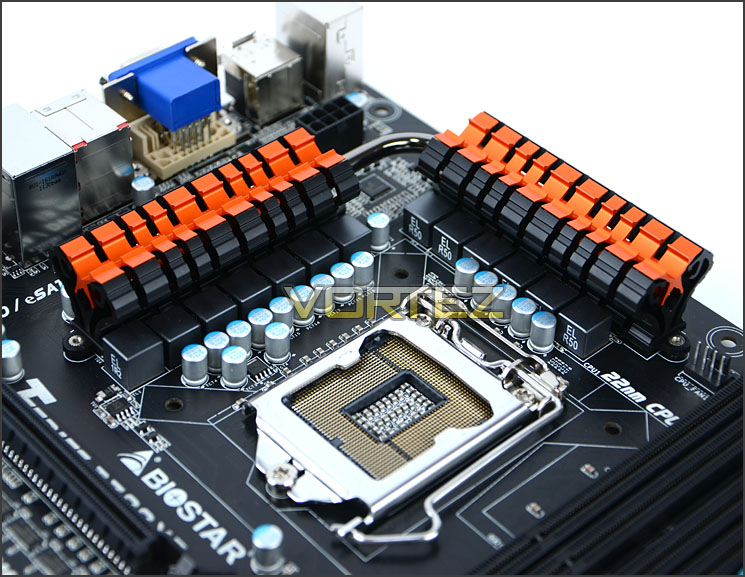 Turning our attention to the memory there is support for dual channel DDR3 from 1066MHz up to 2600 (OC) and maximum capacity of 32GB. Intel XMP profiling is also supported. 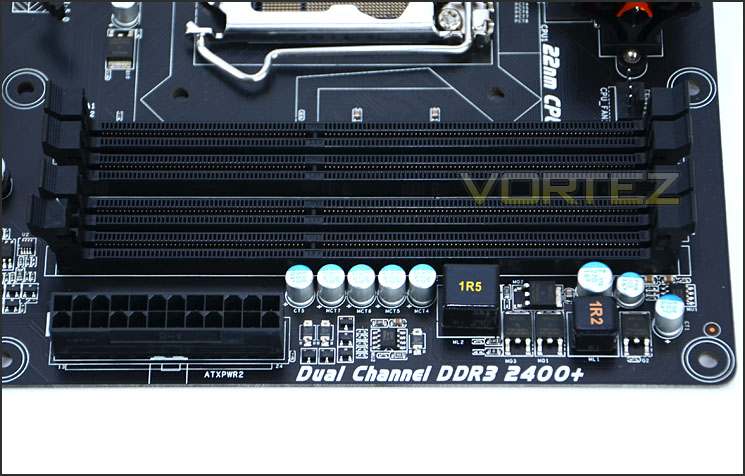 Support for up to 32GB DDR3 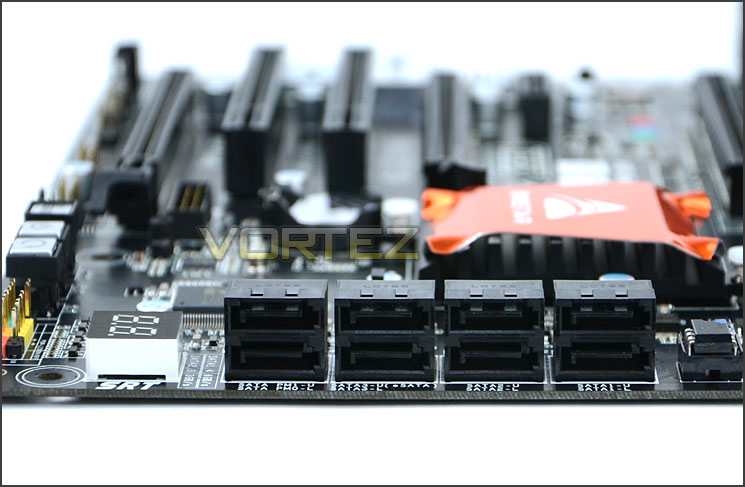 In the bottom corner of the TZ77XE4 there are some onboard buttons for power/reset and clear CMOS. These buttons are extremely useful to those who use the motherboard outside of a compute chassis  on a test bench. This type of feature used to be only present on extremely high-end offerings but we are beginning to see this kind of feature filter down to casual enthusiast level.

Also at the bottom of the motherboard is an LED panel for LED debug. Again this is another feature that appears to be featured on a wide selection of motherboards nowadays  the idea with this feature is that upon POST various codes will cycle on the panel and if the system halts at a certain digit then you can refer to the users manual to identify a potential problem. So this is useful feature to have on a motherboard as it allows you to troubleshoot problematic bootups. 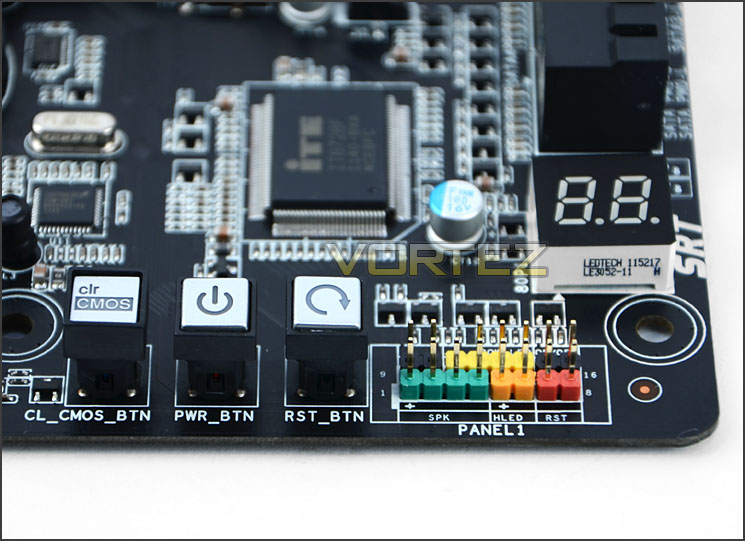 Onboard power/reset buttons with Clear CMOS and LED Debug too