👤by David Mitchelson  Comments 📅07-03-11
Cooler Master @ CeBIT 2011
It's been some time since we saw the release of a new CPU cooler from Cooler Master, but they used CeBIT 2011 to show that they are still keen to show that they are innovators in this field. So here we have it, 3 major CPU coolers that will launch near Summer time - ready for when that heat rises. Hyper 412S, Hyper 612S (Air coolers) and Project A-L2 (A liquid cooling solution).

The Hyper 412S stands at 161mm in height and features 4 heatpipes all of which are copper with aluminium fins. Bundled with the cooler will be a 120mm fan featuring a DunaLoop bearing. This will operate at 1600RPM, 1200RPM and 1000RPM. The cooler will support all major sockets from Intel and AMD.

The Hyper 412S will launch this June and be priced at approximately £35. 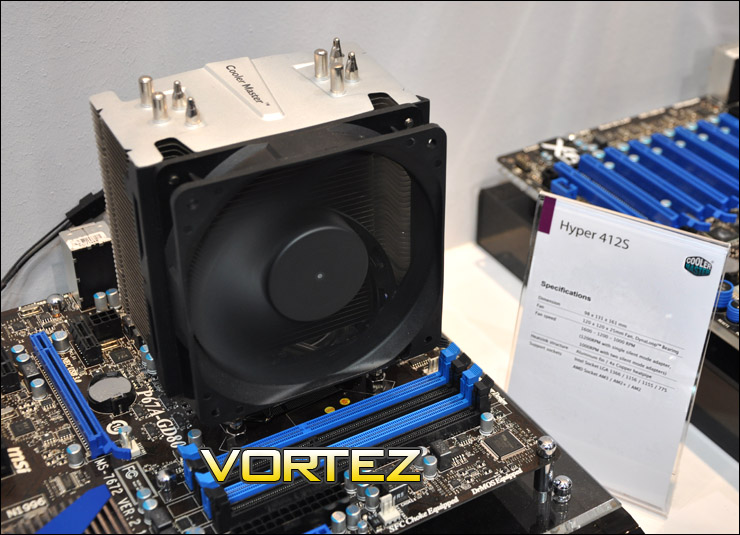 The Hyper 612S is directed more towards enthusiast level and overclocker. Again we have aluminium fins and copper heatpipe construction. But this time we have 6 heatpipes which would suggest better cooling. Our fan that comes bundled with the cooler is 120mm and will operate at 2300RPM but 900RPM with the silent mode adapter. The Hyper 612S will support all major Intel and AMD sockets.

The Hyper 612S will launch this May and be priced at approximately £40. 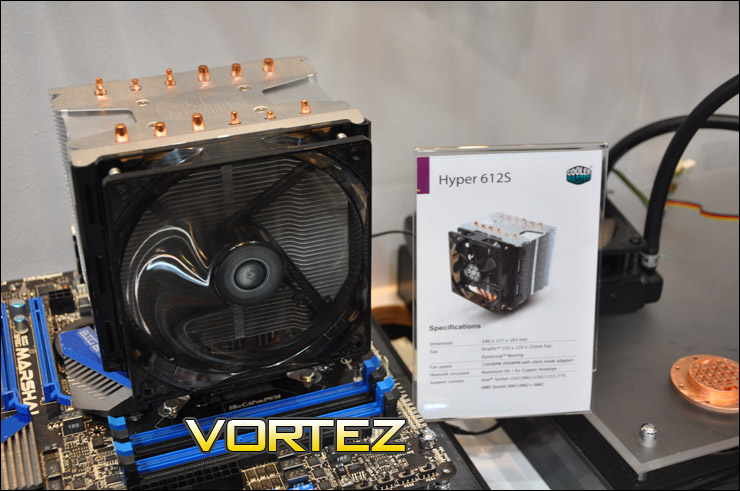 Cooler Master had on display a liquid cooling product that doesn't yet have a proper name. As you will appreciate there were very little details about this CPU cooler except to say that there is a copper cooling block with a set of weaved layers. Cooler Master had this out to rouse attention.

Expected release of this product will be June/July with a price bracket of around £30. More details to follow. 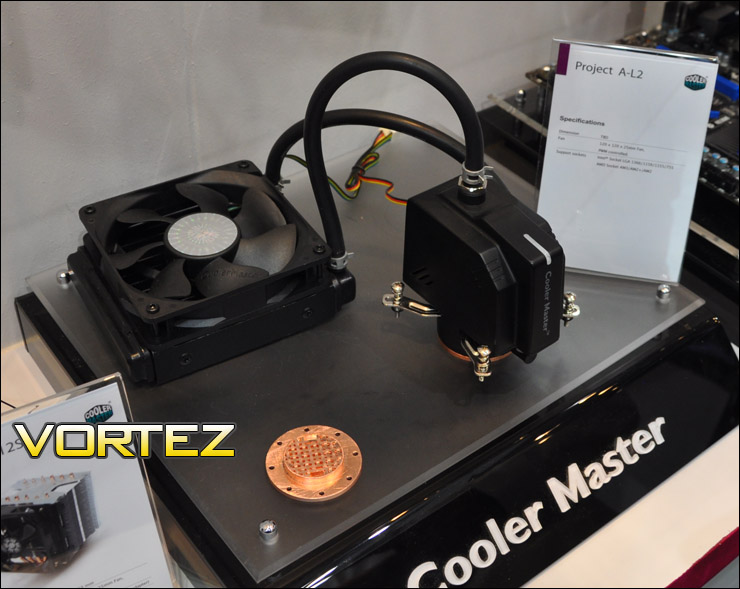 There are currently 853 user(s) online:
Google