ZOTAC were kind enough to invite our CeBIT 2012 team into a closed door session today to view some of the new products the firm have waiting in the wings for release later this year. Unfortunately much of what was seen and heard will be under NDA for some time, but we were able to smuggle out a few images of a new pre-release ZBOX we spotted with two others officially unveiled today. 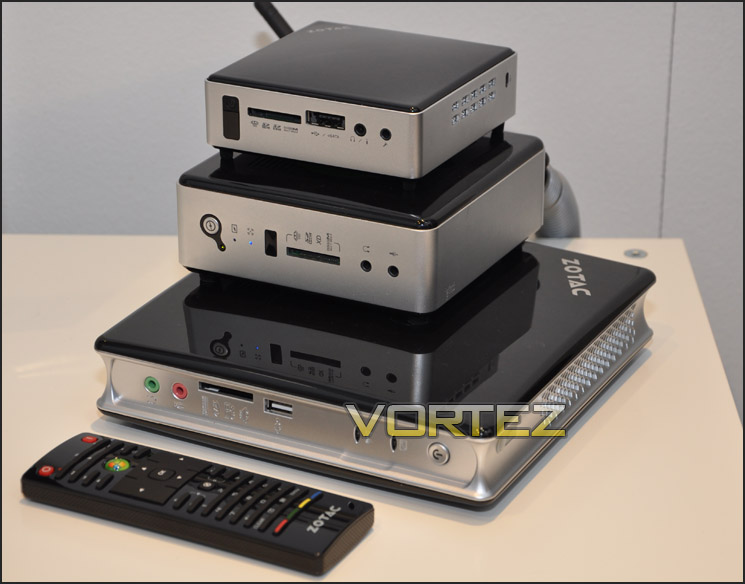 Two of the PC's in that stack were announced by ZOTAC today and expand their already formidable small form factor range. The larger ZBOX ID82 is utilising an Intel Core i3 2330M CPU and HD3000 graphics, packing plenty of punch in that size envelope. The middle child is the ZBOX nano ID61, which is based around an dual-core Intel Celeron 867. The smallest however is still very much in the pre-production stages and hasn't been blessed with a retail SKU. 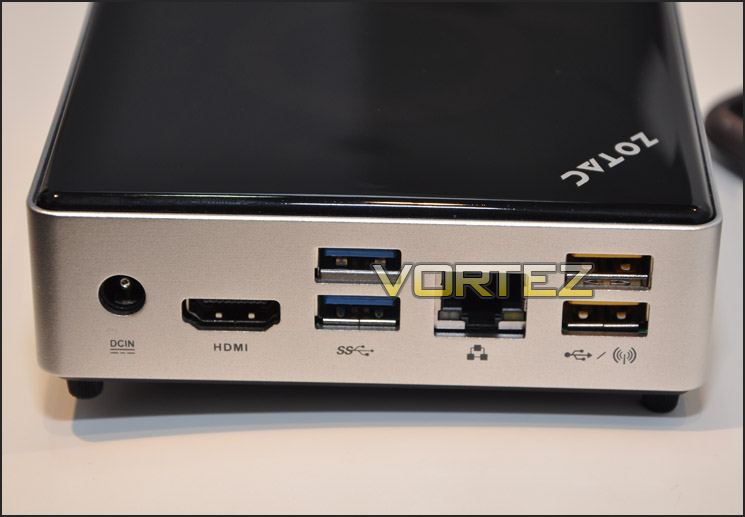 Of particular note are two Super Speed USB 3.0 ports. These are exceedingly rare on a footprint this small, so rare in fact that we struggle to recall a similar sized product with the same feature. USB 2.0 ports aren't neglected as two are on the rear alone which are wired to supply enough power to charge tablets such as the iPad. Consumers with convenient LAN access will appreciate the addition of a LAN port rather than relying on the vagaries of wireless connectivity in all situations. 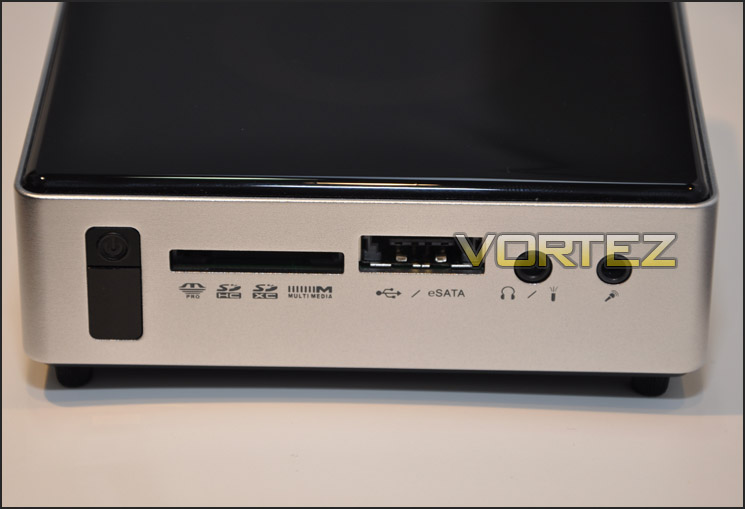 The front is where you'll find the power button, infra-red remote sensor and further connectivity options intended for supplementary storage. The inclusion of a multi-media card reader is an good choice, and the USB/eSATA combo is ideal for attaching larger capacity devices such as USB pen drives and external hard disks without needing to access the rear. Additional sound options are more likely there for completeness; sound is much more likely to be passed by HDMI to external devices. 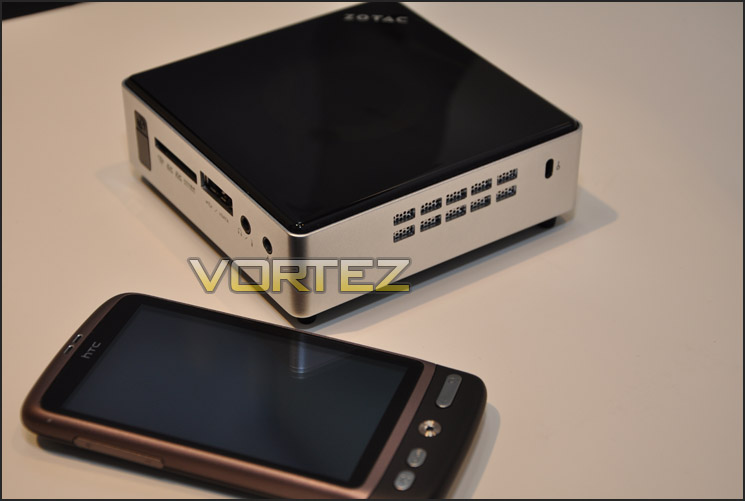 
Next: a quick look inside!

There are currently 628 user(s) online:
Google