👤by Sahil Mannick  Comments 📅16-05-10
Introduction & Intel
The Channel Expo is an annual event targeted primarily at IT resellers, retailers and system builders. This year, it was being held at the National Hall, Olympia in London lasting two days, the 12-13th May. The Expo is host to over 100 companies ranging from hardware manufacturers to software and security providers, as well as vendors and distributors hoping to get the attention of the public. Of course, here at Vortez we are more interested in the hardware manufacturers and this year's show didn't disappoint. 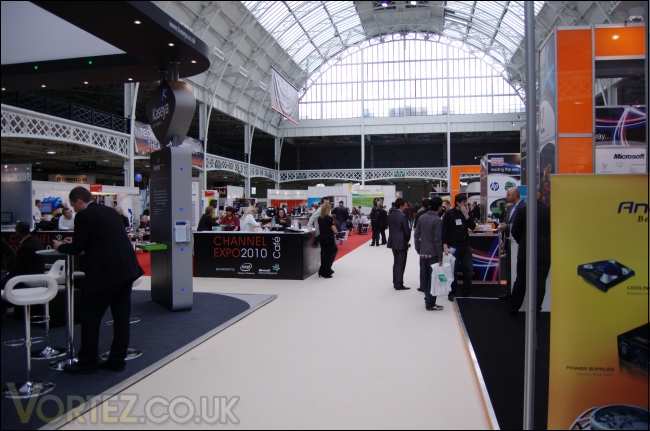 Channel Expo 2010
The centre area was surrounded by some of the bigger companies such as Intel and Microsoft.

Intel had on display an array of laptops showcasing their new range of mobile CPUs codenamed Arrandale and Clarksfield which represent the i3/i5/i7 range. In fact, one of the laptops housed a hex core i7 chip, an impressive feat in itself! 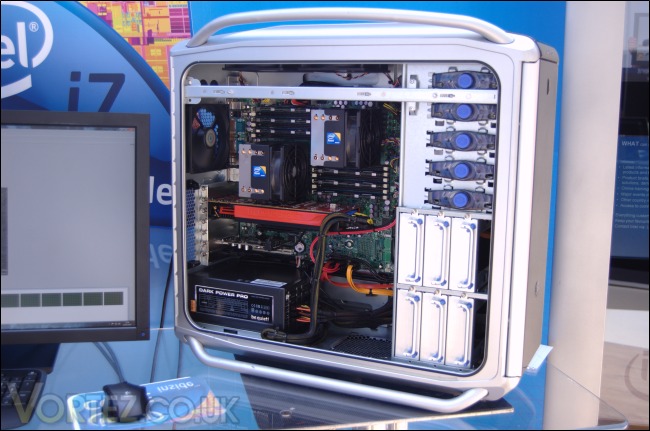 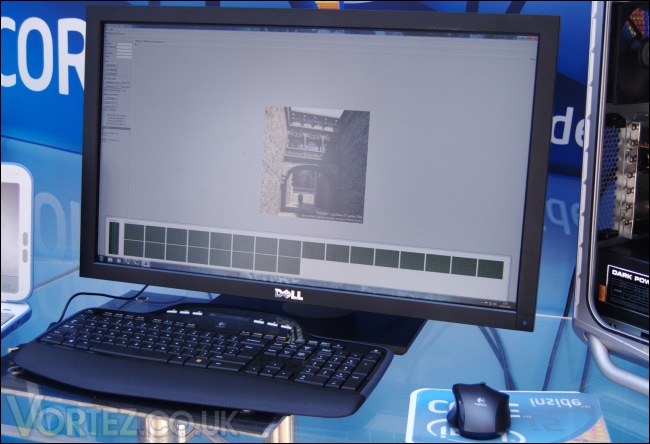 Cinebench demo using 24 threads
The main attraction was this Coolermaster Cosmos case that was shown running a server grade dual socket motherboard with two Nehalem-EX hex core chips. The graphics power was being delivered by an ATI workstation accelerator. As you can see, Intel was demonstrating running Cinebench on the 24 threaded workstation and comparing it with the performance delivered by a single thread. Rather unsurprisingly, 24 threads did come handy.