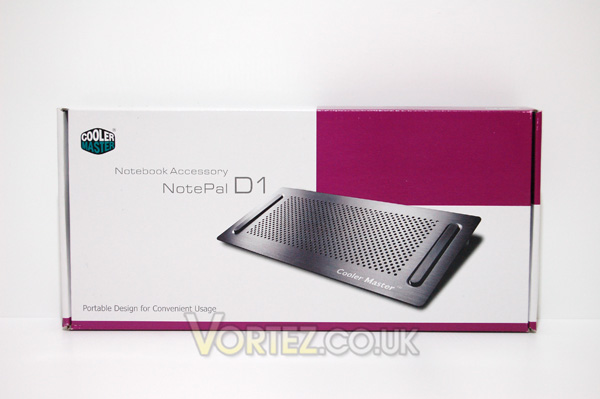 Cooler Master's first offering today is the Notepal D1 which they describe as Cooler Master NotePal D1 may very well be your best mobile companion in this new Wi-Fi savvy world So this is clearly designed not only with cooling in mind but also portability. How will its diminutive size affect its cooling performance I wonder? It's equipped with two silent 70mm fans rated at 2000rpm, so its cooling credentials certainly seem pretty good. 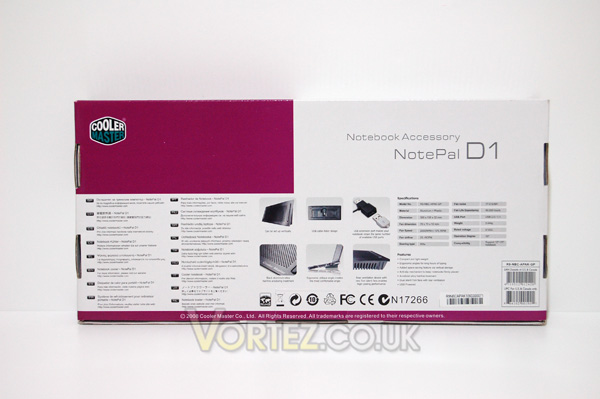 On the rear of the box Cooler Master have, in no less than 17 languages (yes, I counted them!), said Notebook Cooler  Notepal D1. For more information, please visit our website which is I suppose one way of putting less clutter on the box itself! There are also several pictures showcasing features of interest, and of course there is a quick run-down of Features and Specifications, which is where we go next... 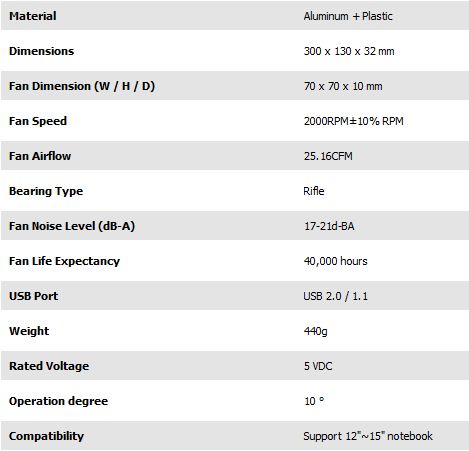 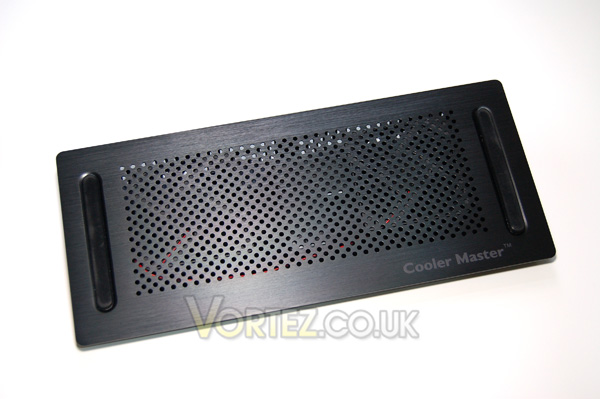 The Notepal D1's top surface is made almost entirely out of aluminium, with a drilled out mesh effect on the front to maximise the airflow from those two 70mm fans, and a large rubber bar to either side giving great grip. The D1 is the smallest device on test here today and it is designed to handle notebooks of between 12 and 15. 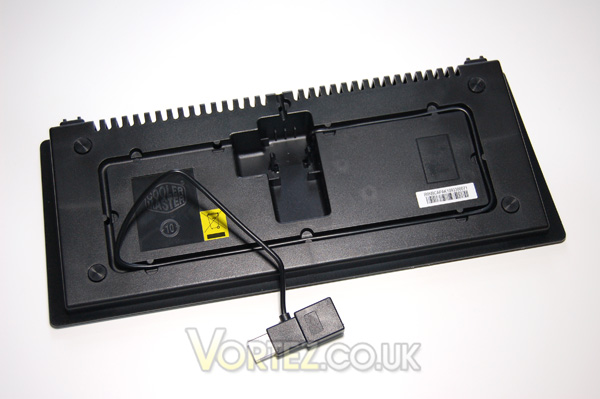 Underneath we get to see the mostly plastic body of the unit and the captive USB power cable with it's own recess to keep it tidy, and although this unit doesn't boast a USB Hub, Cooler Master have cleverly decided to use a run-through USB connector here so as to keep the same number of ports available for the user as they originally had, which is a nice touch. I like the hard-wired cable too, especially seeing as this device is designed for portability  there's no chance of losing this! The large fins to the top of the picture are the air intakes at the rear of the device. You can also see four round rubberised feet equally placed around the underside of the unit, they do a pretty decent job of keeping everything stable.

In use I found the Notepal D1 to be quiet and vibration free and despite it being only about half as deep as a notebook it was quite easy to get both my 15 notebooks to sit squarely and securely on top of the device. It is small and light enough that I can happily say that Cooler Master have definitely succeeded in at least one of their aims  to produce a portable cooling solution for notebook users.