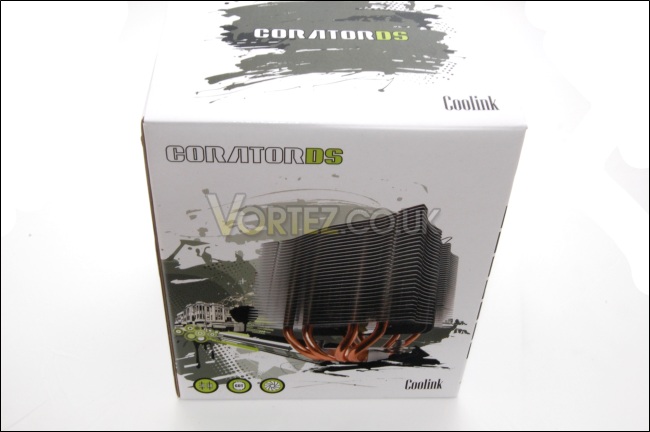 The Corator DS comes packaged in a attractive white box with brilliant funky art work all over. It's a normal cardboard box and on the front, we can see the cooler standing proudly with the background art depicting a modern setting. The graffiti gives a sense of speed and that of mainstream appeal rather than the premium feel of the Noctua NH-D14's box. Both use similar packaging, which isn't surprising given that distribution is under the responsibility of Rascom in both cases. A few of the Corator's key features are shown as illustration at the bottom left of the box. The imaginative art goes to show the wide reaching target audience Coolink aim to satisfy. 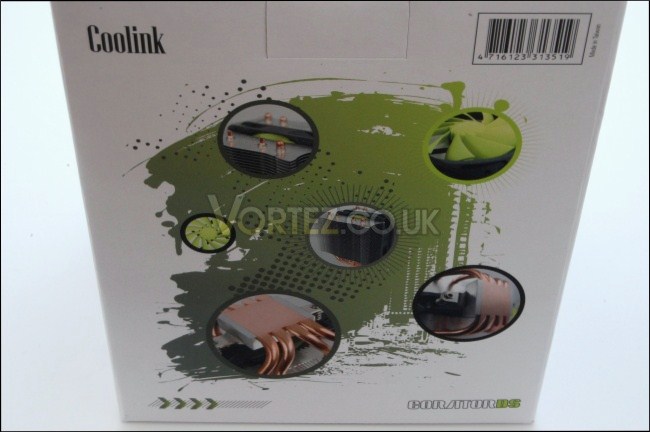 Turning the box around, we are met with the specifications of the Corator DS which we saw on the last page. The same art theme is used here and it is certainly very striking and effective. The specifications listed are limited but the input power/current and voltage range of operation are given. The fan uses a mere 3.96W of power at 0.33A, and the voltage range is from 7-13V, giving it some lee way from normal 12V operation. Coolink also illustrates the size of the cooler here. 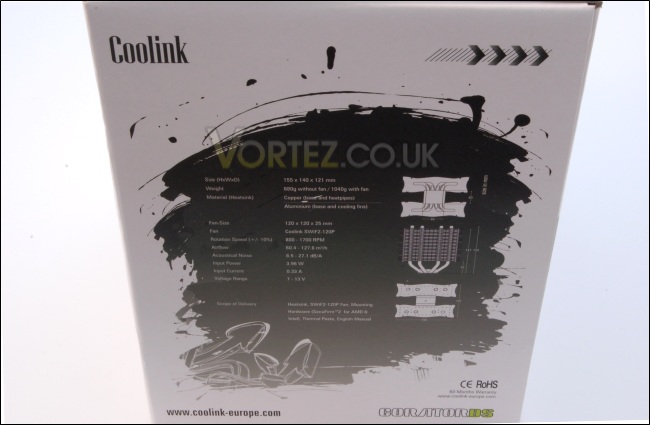 At the back, Coolink shows snapshots of the Corator's features such as the Gapless Direct Touch Technology, the pre-installed cooler mounting bracket, the dual fin arrays and the SWiF2-120P fan. 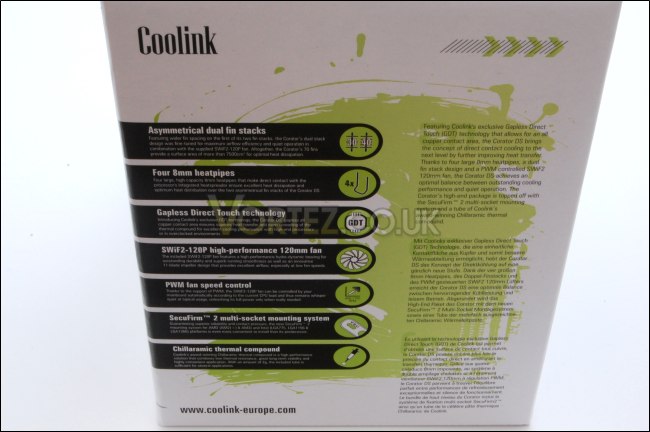 Finally we also have the features listed with a brief description of how each contribute to a more refined design that help in optimal heat dissipation and efficiency. Some of them are unique to the Corator DS, for instance the asymmetrical dual fin stacks and the direct touch technology being implemented on the cooler. Overall, the packaging is superb and very informative. It will definitely appeal to the western market. 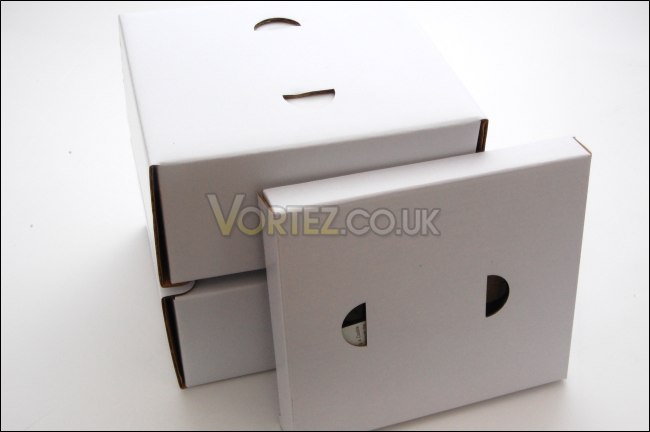 Inside the main packaging, there are 2 more boxes, one containing the bundle, and the other holding the cooler itself. It is very securely packed so that it is safe in transit. The holes in the boxes make them very accessible and easy to remove from the outer box. It is these small design features that really differentiate quality manufacturers from less innovative ones and if Coolink are to make a name for themselves in the European market, then they have to continue this trend. 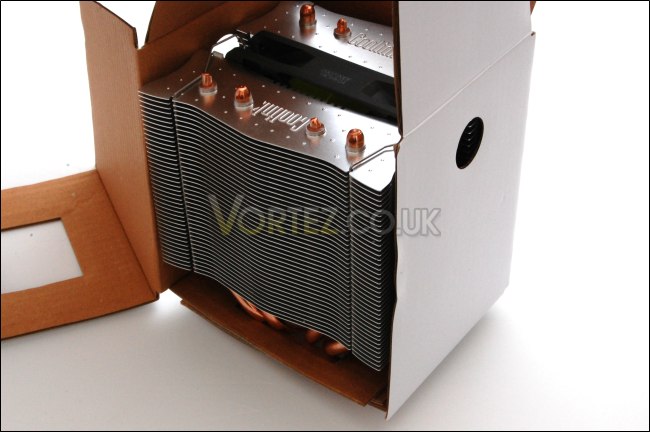 Once the outer top and bottom boxes are removed, another one is revealed housing the heatsink and fan. By removing the flap insert and opening the cardboard side, we finally get to the Corator DS, beautifully presented and intact. The fan is already attached to the heatsink but it has to be removed for installation later on.