👤by Matthew Hodgson  Comments 📅01-11-18
Closer Look
Corsair have invested plenty of time into improving the pump block, adding a stack of RGB lighting to the front with a whole sixteen individually addressable RGB LEDs (12 around the edge of the face and 4 in the centre Corsair logo.)

We also see the cables have moved to the top of the block, instead of protruding from the side, between the fluid tubes. 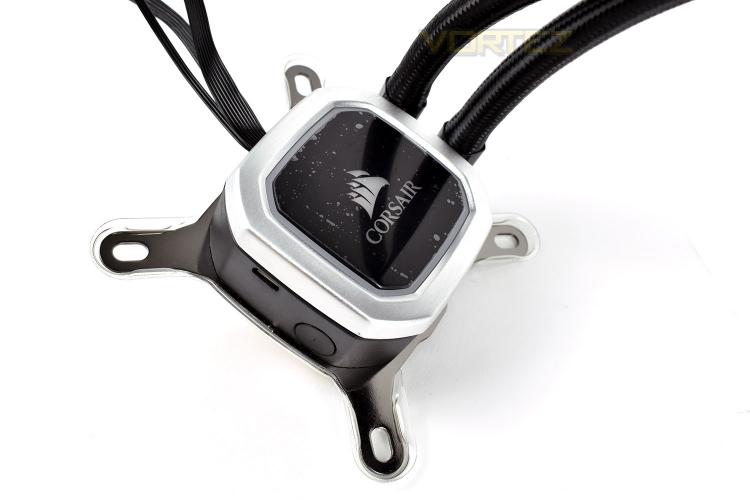 The base of the CPU block has been enlarged to help accommodate the surface area requirements of the TR4 CPUs. The pre-applied paste also eases installation for the first time. 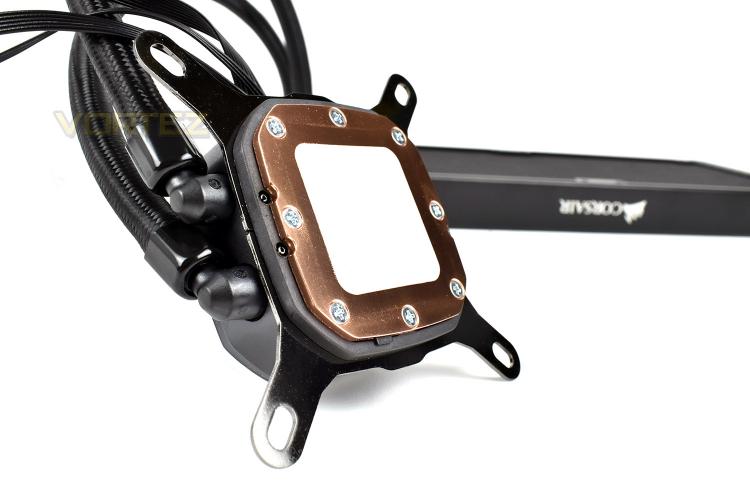 Providing airflow are a pair of Corsair ML 140 RGB fans, with an operating range of 400 to 2000 RPM, with the ability to turn off entirely while the coolant temperature is below 45°C. The rubber mounts on the corners paired with the magnetic levitation gains these fans many awards for quietness and high static pressure. The fans RGB lighting is controlled by the pump, meaning less wires and mess. 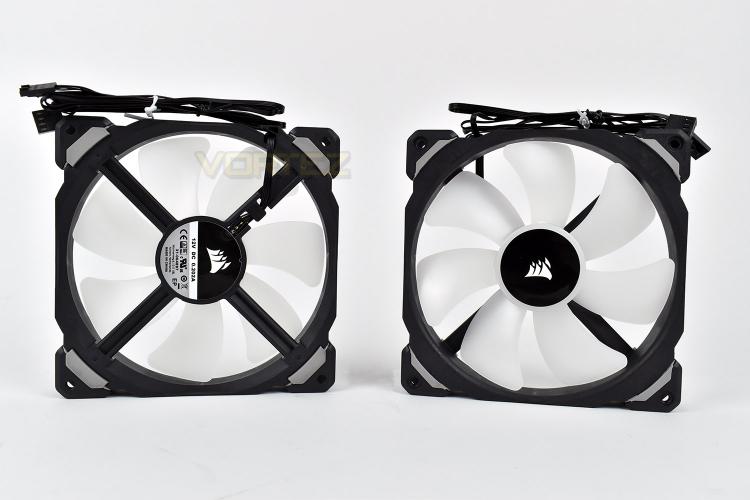 While most radiators look exactly the same to one another, Corsair have improved the efficiency of this 280mm radiator by expanding the radiator core which increases surface area and performance. 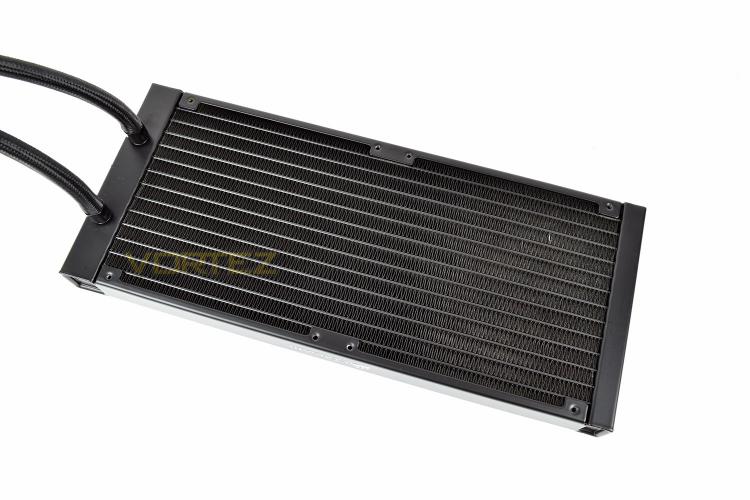 With the fans installed, the radiator looks the part but lets move onto the installation. 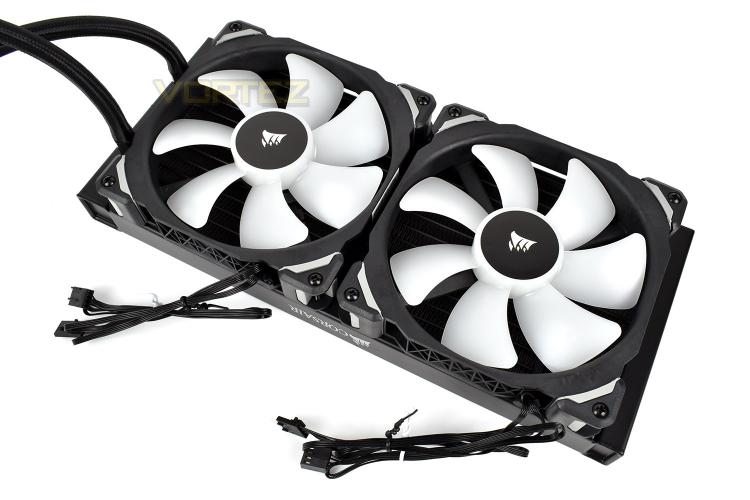 There are currently 143 user(s) online:
Google