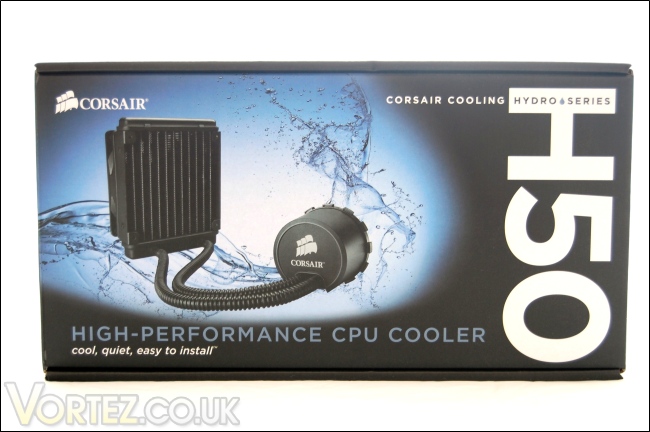 Front of the box
Corsair package their H50 in a typical cardboard box, shrink wrapped for further protection during transit. The box is fairly elongated to house the cooler in such a way that the tubes are not bent inside, making it easier for users to install. The design of the box is very striking on first look, with the famous Corsair branding in the corner and "H50" printed on the side. Unlike some of the packaging we get, Corsair has opted for a more visual approach, hence the cooler itself displayed at the front, ensuring that users know exactly what to expect. Of course, it wouldn't be water cooling without the splashing water in the background...The H50 forms part of Corsair's Hydro Series of products which is mentioned on the front. On the whole, the box appears clean and looks professional, as we would expect from Corsair. 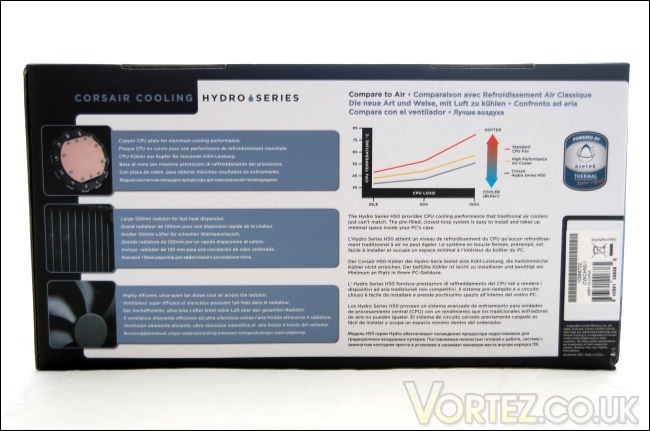 Back of the box
Moving on to the back of the box, Corsair lists some of the key specifications of the H50 cooler such as the copper CPU plate, the large 120mm radiator, and the highly efficient fan. They have even included a small graph showing the cooler's advantages over other forms of cooling, conveniently missing out on the details. To show Corsair's global presence, all the information is listed in 6 languages. In the top right corner, Corsair indicates that the H50 is "Powered by Asetek" which I mentioned earlier in the introduction. 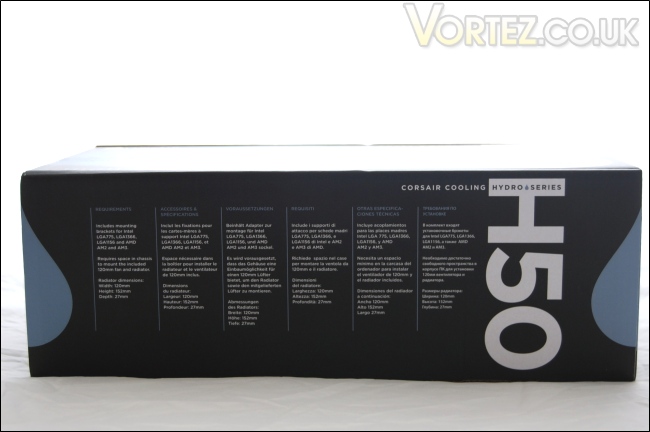 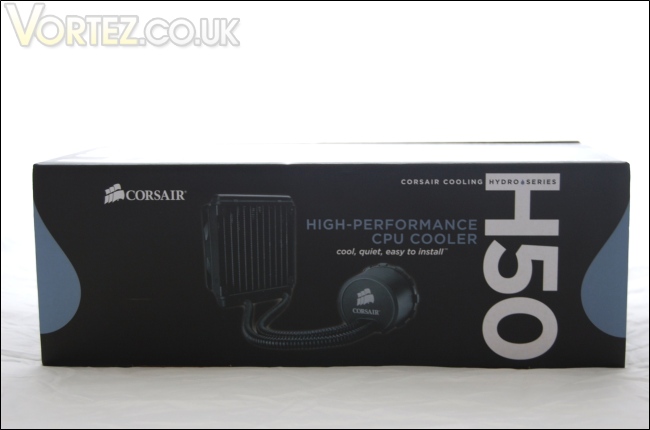 Side of the box
A common theme throughout the packaging is the H50 moniker printed on every side. It certainly helps in giving the box a neat look as well as emphasizing the product itself. The 3 key characteristics of the cooler; 'cool, quiet and easy to install' is another running theme that aims to satisfy the customers' needs. 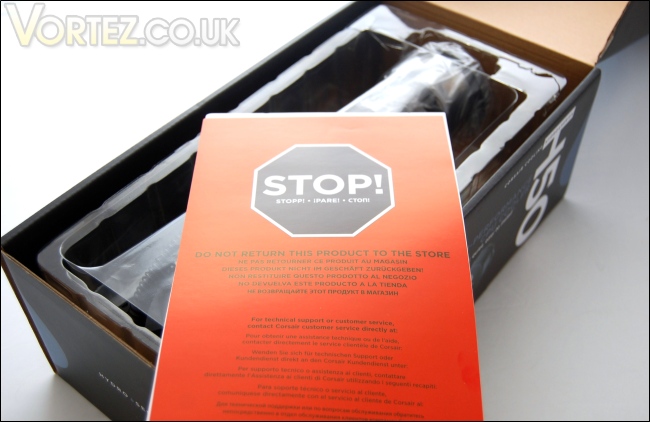 'STOP' sign
Upon opening the top lid of the box, we are greeted firstly by a 'STOP' sign. The sheet tells the user to not return the product to the store but to instead contact Corsair directly in the event of a fault. This emphasizes the quality of service we are now accustomed to with Corsair. In addition to the sign are the installation guides for each socket mounting. 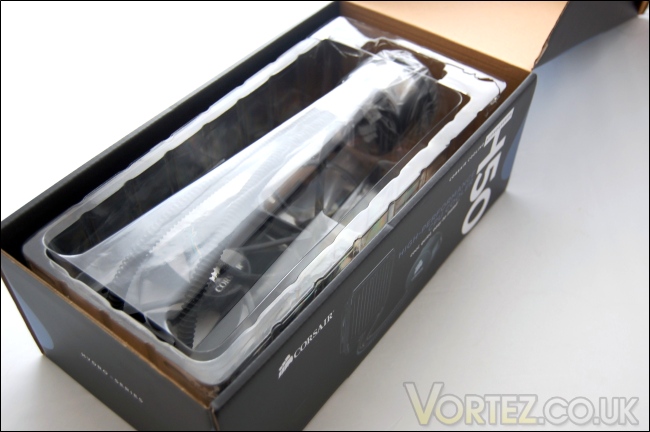 Inside the box
Finally, we get to the actual product. The H50 cooler is neatly packaged in a tough plastic enclosure for extra security during transit. As mentioned earlier, the tubing is kept straight so that the user can manipulate it to fit their case easier. This is a welcomed attribute compared to the CoolIT ECO, which was packaged with the tubing bent already, thereby limiting the user's ability to easily bend it to conform to their case.