Setting up the HS70 requires a spare USB port and internet access if you plan on downloading the iCUE software. Pairing the headset is very straightforward and takes barely anytime at all. To start, you insert the wireless transmitter into an empty USB port and let windows install it. Next turn on the headset via the power button and wait for them to automatically pair. Once done you can then download the iCUE software which provides some further customisation options for both the headset and your PC. 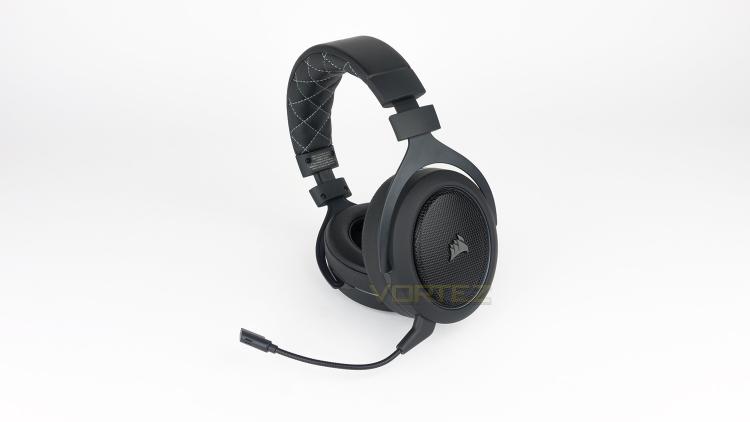 Using the HS70 daily has been a very nice experience - for the most part. Corsair has crafted a very well constructed headset that utilises high-quality materials that exceed what youd expect from a headset at this price point. The levels of comfort on offer are good as the earcups are spacious and are well padded. The headband padding is not the softest weve ever encountered, but it didnt cause any noticeable fatigue. The heat build-up is quite minimal, and we noted that they didnt get overly warm, even after a few hours of use. Clamping force is nicely judged and is not too strong nor too loose.

One other notable observation we did make was with the volume control, it's very smooth but highly sensitive and can easily be adjusted with the lightest of touches. For example, when making a simple adjustment to the headsets position, the volume control is quite easily knocked and can in-turn drastically reduce or increase the volume. We found that holding the earcup support frame instead of the earcups helped solve this minor issue. So keep this in mind if you find yourself making slight adjustments on a regular basis. The rest of the controls are ideally positioned, nicely weighted and feel very tactile. Noise isolation is strong as they block out a considerable amount of noise, so if you sit in close proximity to your PC, you wont be able to hear it when gaming or consuming media. Battery life is quoted at up to 16 hours by Corsair; our continuous music playback testing revealed that this was quite accurate as they lasted just over 15 hours at 100% volume on the headset and 40% on the PC. However, the battery life will vary depending on how loud you have them set. Another big plus is that when the battery does get low, you can still use the headset while its charging, this is great as you dont have to switch audio sources when they run out. They also have an auto shut off feature, which turns off the headset automatically when not in use, this can be set using the iCUE software.

For multimedia use, we understand that headsets are used for more than just gaming, which is why we test them for movies as well as music. For music and movie playback we noted that the HS70 get very loud and we found that even at 45% volume on the PC and 100% on the headset they were easily loud enough to enjoy. When listening to music we used a flat sound profile with the HS70 set to stereo mode and with those settings we found that the HS70 produced superb bass which is tight and controlled as well as being powerful and punchy. Bass detail is very good, and it remained clean sounding even with the heaviest of basslines coursing through them. Another strong point is that the bass never overpowered or tarnished the treble and remained composed even when the bass was pushed down to its lower limits. The treble is plenty detailed and is quite vigorous making the sound quite dynamic and lively. The soundstage is solid, and the HS70 offers good instrument separation. Vocal production is great for providing strong levels of clarity and detail with a nice tone. We did, however, note that when pushed the HS70 did over accentuate certain areas causing some noticeable sibilance, this can be slightly subdued by adjusting the 4K and 8K sliders in the 10-band EQ that can be found in the iCUE software. 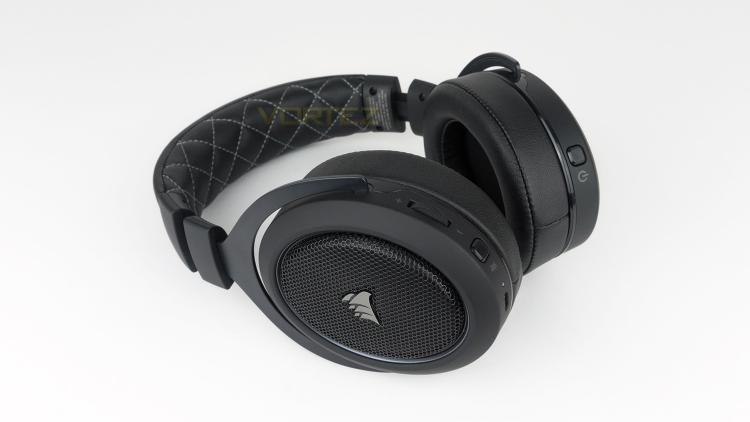 Watching movies, we noted that the flat profile wasnt quite cutting it. The bass was strong and provided solid levels of punch, but it was the treble that was not up to par. We cant argue that the treble was good as it offered a detailed delivery with a decent amount of spatial awareness, but it was missing the same spark that they expressed when listening to music and we just felt that the HS70 had more to deliver and we were right. Switching the profile from flat to the Movie Theater preset opened the headset up and made the treble more detailed with a broader sense of space. Bass was also slightly elevated offering, even more, punch and potency. We also tried the 7.1 mode, and it did make some slight improvements where it further opened the treble offering increased spatial awareness. Bass stayed pretty much the same, however.

Gaming performance is paramount when considering a headset like the HS70, and without capable performance, a gaming handset isnt worth its salt. The HS70 is no such headset, and they do not disappoint at all. For competitive titles the bass isnt as overly prominent but still does provide a bit of kick when needed, this is great as it helps you focus more on the treble which is more important. Speaking of, the treble is very clean and the detail is again strong, this is superb as it allows you to hear the minute details very well. Spacial audio again impresses, and the sense of space on offer is brilliant. Switching to 7.1 audio didnt really offer much in terms of a performance increase and at times felt a bit more like a hindrance as it sometimes clouded the detail in the treble. For solo titles, we are impressed as the HS70 delivered an experience that was both engaging and immersive. Detail is again strong, and the sound design in the game could be very much appreciated. We did try the 7.1 audio again, but like with the competitive titles, we felt that it didn't improve the performance. It did, however, make the games more immersive and more enjoyable as it created a great sense of atmosphere. 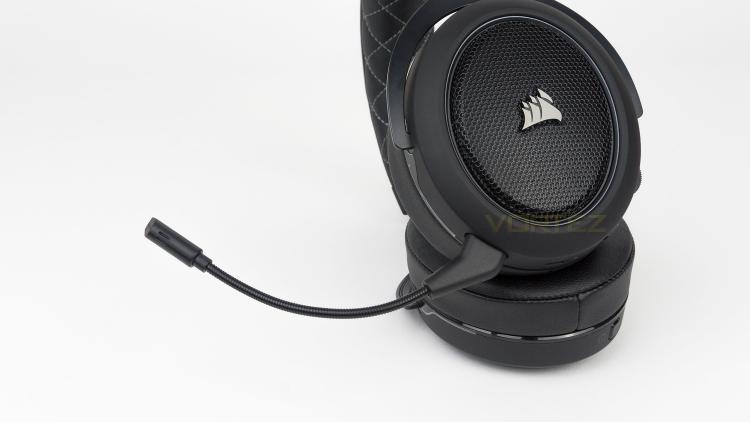 The microphone on the HS70 is removable and connects via a 3-pole 3.5mm connector. The microphone feels solid in its construction and has a flexible section in the middle to help with positioning. The mic has a frequency response of 100Hz - 10,000Hz and uses a unidirectional pickup pattern with built-in noise cancelling. There is also a built-in mute switch on the headset if you need to quickly turn off the mic while using in-game chat or streaming.

To test the microphone, we set the mic volume to 100% in the iCUE software. During our testing we noted that the volume of the microphone is a little low and can be quiet at times, moving the microphone closer to your mouth does solve this, but it also introduces more plosives. We also found that the microphone is a touch nasally, but it is quite clear with decent detail. Bass pickup isnt the strongest, and this results in the microphone sounding a bit thin. Its okay for in-game voice chat and for Skype, but if you plan on streaming, wed suggest opting for a dedicated microphone.