👤by David Mitchelson  Comments 📅20-11-12
Closer Look
Having the ability to accommodate dual 120mm cooling fans, the H100is radiator is 240mm and of the thinner type  27mm thick. There are 13 banks of corrugated aluminium fins soldered to 14 thin heat pipes running the length of the radiator carrying the coolant. Each fin is 8mm wide and is separated by a mere 1.5mm making the array very dense. As such, there is a vast surface area to dissipate heat with the help of the two 120mm fans to transfer the heat away.

Being a liquid cooler means there is already fluid inside the tubes/radiator. Corsair have used a mixture of distilled water with Propylene Glycol .The tubes which link between the pump and radiator allow this liquid to flow to and from by connecting to compartments within the radiator. Liquid flows into one and out of the other once it has cycled through the entire radiator.

The tubes are thicker than the original H100 (comparison on the next page) at 15mm and approximately 300mm long. They allow for some movement at the pump-end so that the pump can be installed in various orientations. 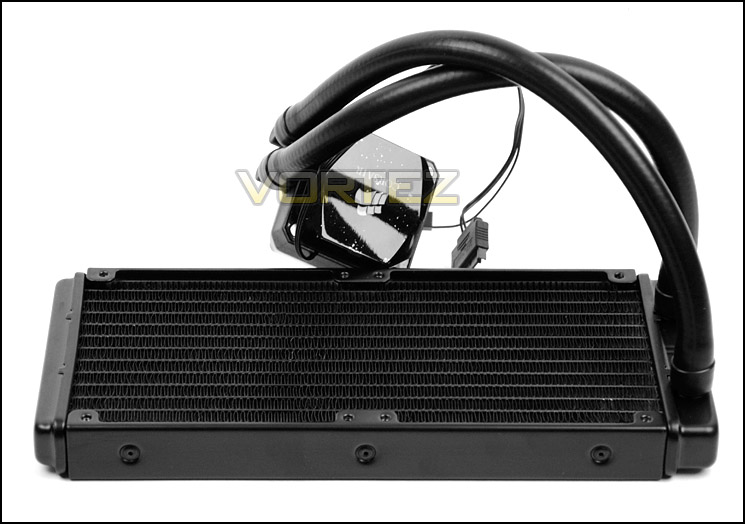 An overview of radiator, tubes and pump

The pump is significantly smaller on H100i compared to its predecessor, Corsair have chosen to keep the design compact and rather than pre-attach the mounting bracket this is now separate. The corsair logo is shown on the top-side of the pump. On the H100 the fan speed could be altered by pressing a button here, with the H100i fan speeds are now controlled via Corsair Link software instead. This Corsair logo glows when powered up and the colour can be configured to almost any conceivable shade thanks to an RGB LED.

There are ports on the pump to work in co-ordination with the Y-cable, with both fans connected to the pump via this method the only remaining port which allows Corsair Link the access to properly work is the USB port. A cable provides interface between the pump and the system via USB to USB header. 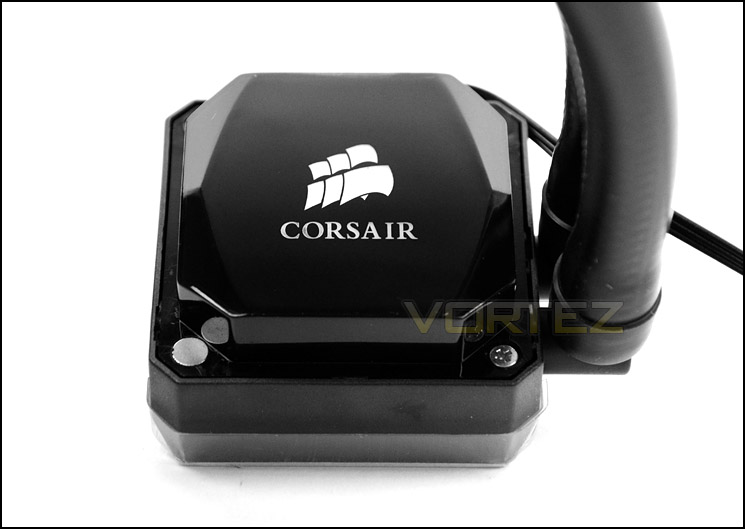 A much more compact pump 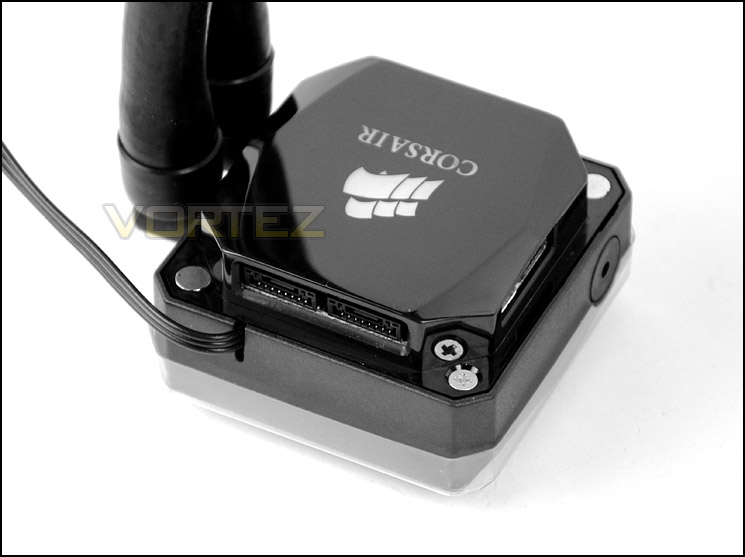 Connections on the pump for cooling fans 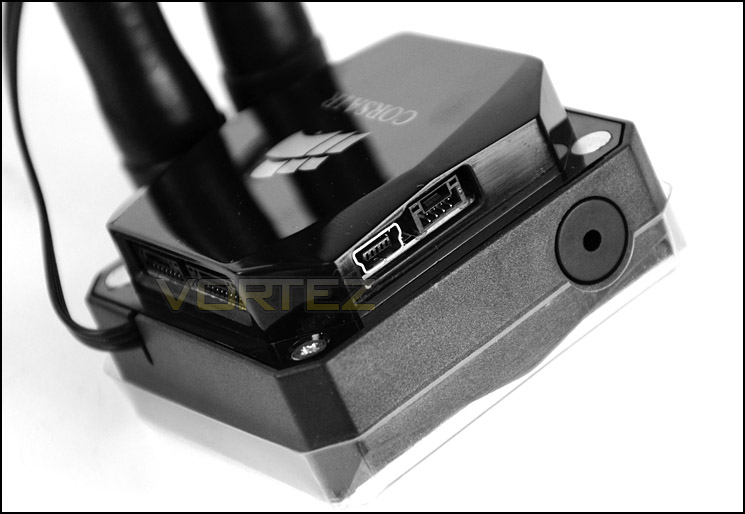 In order to power the pump and entire system its necessary to connect the SATA connection plug into a SATA PSU cable and the 3-pin fan header. 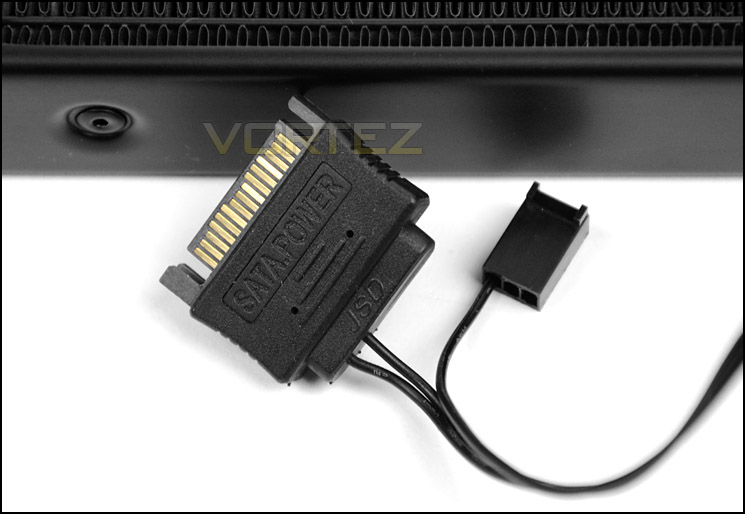 Due to the pump being smaller the water block has less surface area compared to the predecessor. The water block is copper but without a mirror finish. Corsair have used pre-applied Dow-Corning thermal paste  the same as H100. 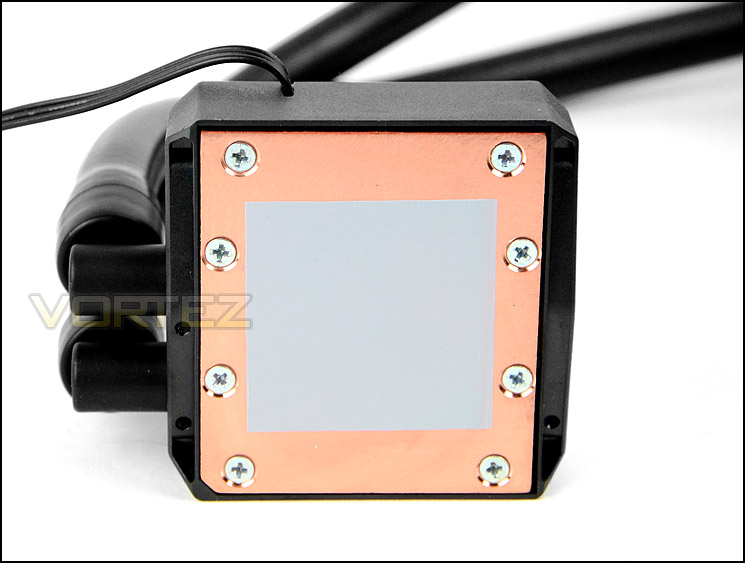