👤by Tim Harmer  Comments 📅01-10-20
Hardware Features
The K100 RGB commands a premium price, and so it behoves us to dedicate time to the core innovations offered. 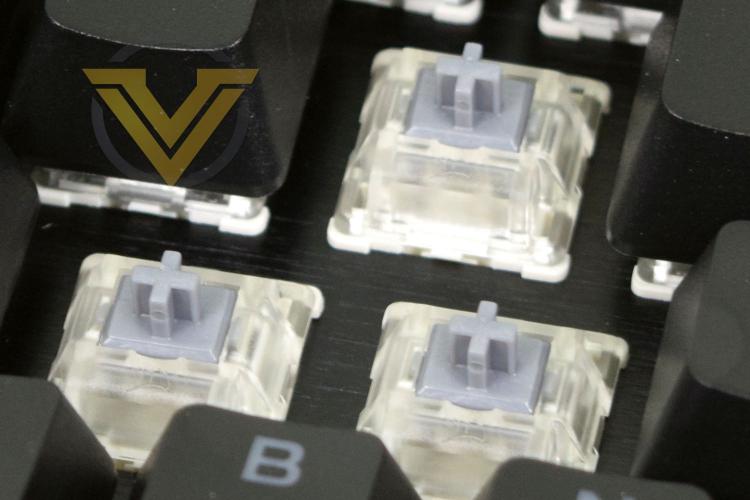 CORSAIR are silent about their OEM for this new optical-mechanical switch currently exclusive to the K100 RGB, but the inverse is true of its technical specifications.

OPX Optical mechanical switches utilise a beam of infrared light to detect key actuation rather bridging two metal contacts. The benefits are two-fold: far higher durability certifies the switch for over 150m keypresses; and no debounce processing is required in the switch signal leading to greater reliability/faster response times.

The switches are strictly on/off; theyre not analog and dont continuously measure stroke distance unlike some other optical switch brands. This relative lack of complexity means that CORSAIR can opt to use the switch throughout rather than only the WASD-zone.

Differences between standard linear mechanical and OPX switches are broadly imperceptible to the end-user, leading to CORSAIR tailoring the design to match the dynamics of preferred switches as closely as possible. In this instance they have chosen to draw parallels with the Cherry MX Speed Silver to arrive at a linear switch with 45n actuation force, 1mm actuation and 3.2mm total travel distance to the backplate.

OPX Optical switches utilise a clear housing that, thanks to RGB LEDs, illuminates keycap lettering and generates underglow for each key. The switch stem is shaped to match the standard Cherry MX '+' configuration, making previous custom keycap designs compatible with this keyboard.

For the time being no tactile or MX Silent equivalents of the OPX switches are available, but we wouldnt count out the latter should it prove popular.

CORSAIRs evocatively named AXON Hyper-processing Technology refers to a new onboard controller that manages all aspects of the K100 RGBs operation, from reporting switch actuation to on-board lighting effects and more besides. Its also part and parcel of another central plank to the K100s design: 4000Hz USB and switch polling rates.

Peripherals have, for over a decade, been somewhat restricted by the limitations of the USB bus that maximizes polling rates at 1000Hz (i.e. 1 ms). Thats still exceptionally fast when the typical human reaction time to audio-visual stimuli is on the order of 170ms, but a renewed interest in minimising click-to-screen latency from game developers and GPU architects has put pressure back on peripheral manufacturers.

The K100 transitions to a USB 2.0 datapath, unlocking up to 4000Hz polling on the USB bus, and through the AXON processor maintains that rate on the switch side too. A multi-threaded processor architecture allows the AXON to control all other aspects of the keyboard without impeding performance, pushing up the complexity of the underlying hardware and firmware. This is something that CORSAIR need to get right, or it could all fall apart very quickly.

4000Hz polling is particularly valuable when no debounce processing is necessary (as with OPX optical switches), allowing more of the latency savings to be realised. But this is still on the order of fractions of a millisecond.

And while they have their eyes fixed firmly on the future, theyre not forgetting legacy systems. The K100 also has a USB 1.1 datapath fallback mode for motherboards (and particularly older UEFI BIOS revisions) that arent equipped to handle this feature. Note however that this mode will limit some other aspects of the keyboards functionality. 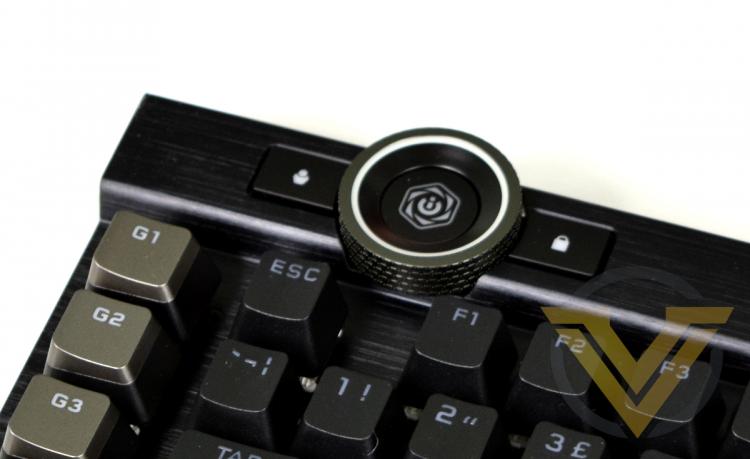 Making its debut on the K100 KGB is the iCUE Control Wheel, a new dedicated control surface that takes some of the pressure off dual-use Function keys and opens up new areas of customisation.

The wheel is a scrolling device with four adjustable and user-definable modes that can act as a quick short-cut for appropriate functions. CORSAIR have supplied eight preset modes - four of which are already loaded on the keyboard - and theyre exactly what you might expect: scroll, zoom, alt-tab application switching, track selection etc.

The defaults may be a little uninspiring but the potential for custom modes - particularly in games - is immense. This is one aspect where CORSAIRs iCUE SDK can really come up trumps and let loose the nascent programming and scripting skills of the gaming community.

And, of course, the controller is illuminated. This is 2020 after all. But no, the central logo isnt an OLED panel; CORSAIR will no doubt be feverishly at work on designing one for future designs though.

The K100 RGB is compatible with CORSAIR's iCUE Nexus, which has been designed to clip on to the rear of the K100 and act as a auxiliary touch-screen display and control. Operation with this $80 peripheral is beyond the scope of this review but you can read more about the device here.