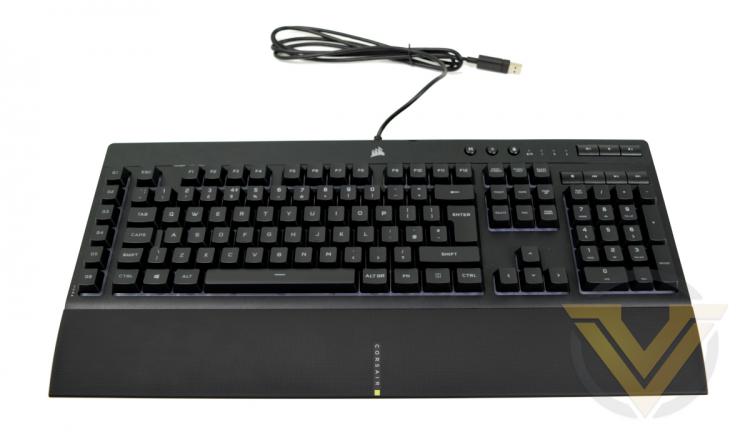 Little has changed from the chassis style of the K57 RGB Wireless and K55 RGB before it. The frame is evocative of CORSAIRs premium series models from the K60 upward, but lacks many of those premium features such as the aluminium unibody frame and steel backplate. The K55 RGB PRO XT instead has a matte black plastic frame and glossy black upper section, aping the look of the aluminium base and folded upper of the K100 and the like without committing to the expense. 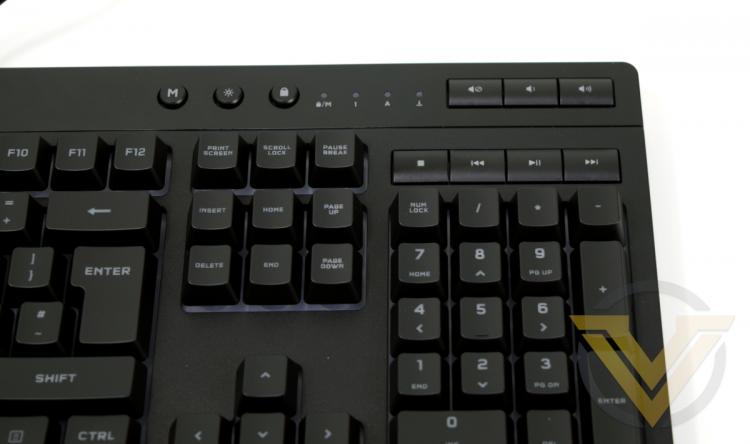 Media keys and indicator LEDs are located in the upper-right just above the number pad, similar to the K100 and older K70. Also placed there are the Macro recording, Brightness and Windows Lock buttons, making it quite a busy section for your right hand. 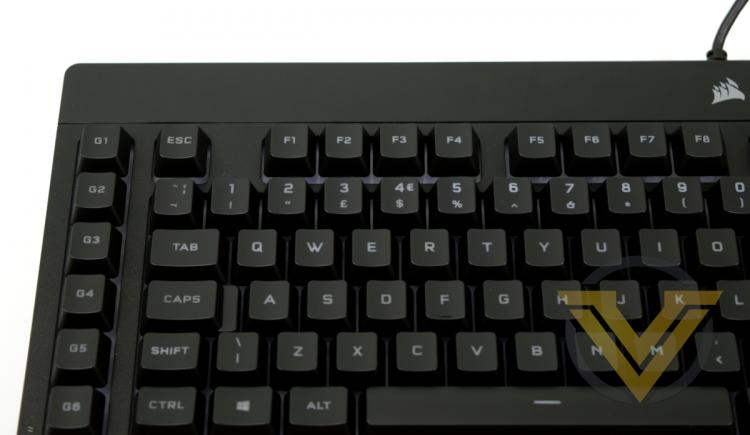 CORSAIR have also swapped in their sail logo in the centre of the glossy section, echoing a similar aesthetic choice on the K100 RGB.

G1-6 labelled Keys on the left are the dedicated macro keys. Although most powerful when leveraged in conjunction with iCUE or Elgato Stream Deck software, they can be configured on-the-fly using the Macro button to record and assign macros. They used the same rubber dome switches as the rest of the keyboard.