👤by Matthew Hodgson  Comments 📅06-01-20
Closer Look
If you already own a CORSAIR K95, or are familiar with them, the size and style wont be a surprise at all, however they do seem to be sticking with just 6 macro keys, instead of the 18 they had on the original. The keyboard measures in at 170mm x 465mm. 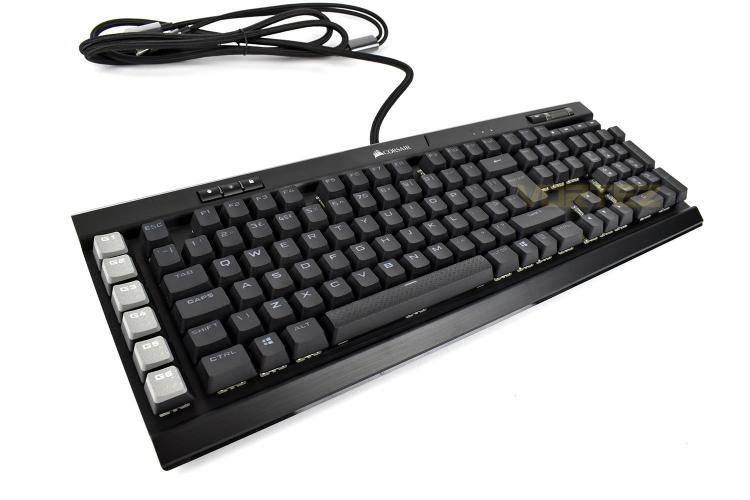 CORSAIR like to use their large, bold font on their keycaps, with the K95 RGB Platinum XT being no exception. The number 4 houses both the Dollar and Euro signs, for those that might not know about that key combination; not something weve seen on anything else before.

You might also notice that all of the keys shift modifiers are pushed alongside the keys main function, which will illuminate both functions with the RGB backlighting. 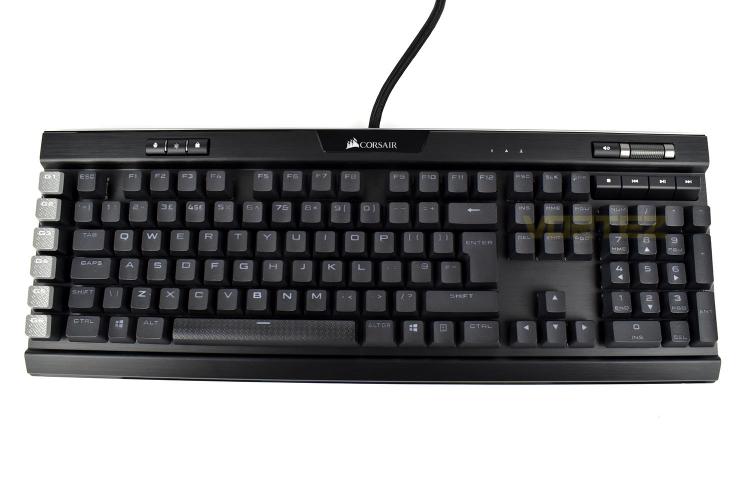 Looking at the keyboard from the left, its possible to see the extent to which the raiser feet push the rear of the keyboard up, from 29mm to 42mm at its highest point. 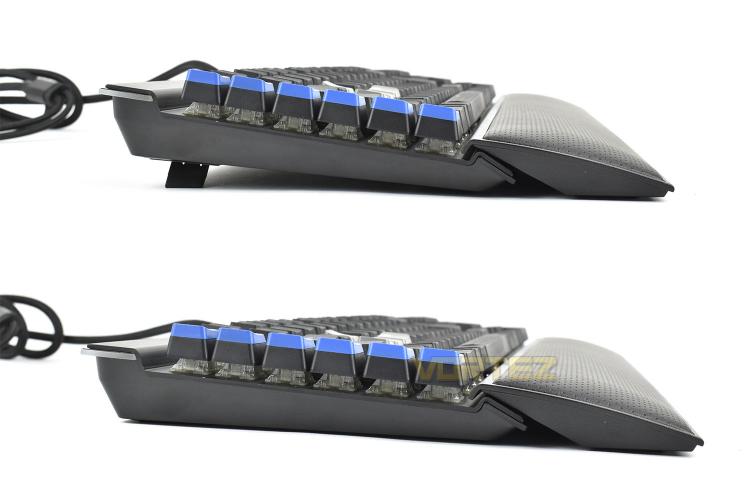 In the top-right section of the keyboard is the multimedia keys and volume controls. The aluminium wheel is weighted instead of being notched to provide a different kind of feedback.

The media keys are taller than one some other keyboards, because of where they sit. You might struggle to see the keys if they were flush with the keyboard so having them raised up like they are, its possible to see them from even the most acute of angles.

A little further left on the top strip are the NUM Lock, CAPS Lock and Scroll Lock indicator LEDs. 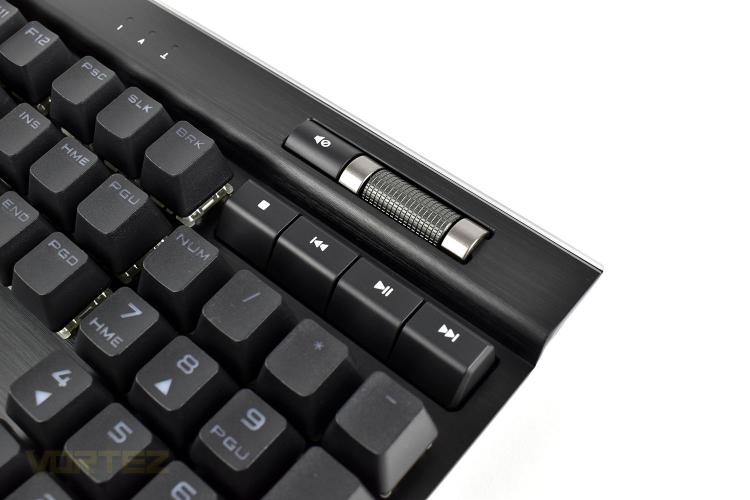 At the other end of the top strip is a trio of buttons, the left-most is a profile switch which engages the internal 8MB of memory to toggle through different profiles that can be assigned to different games or workflows.

The middle button is the RGB illumination brightness with off, dim, medium and bright as the options.

On the right is the lock button, this can be configured within the CORSAIR iCUE software to lock certain keys; this is useful if youre playing a game and want to lock things like the Windows key which could drop you right out of your game at the worst possible time. 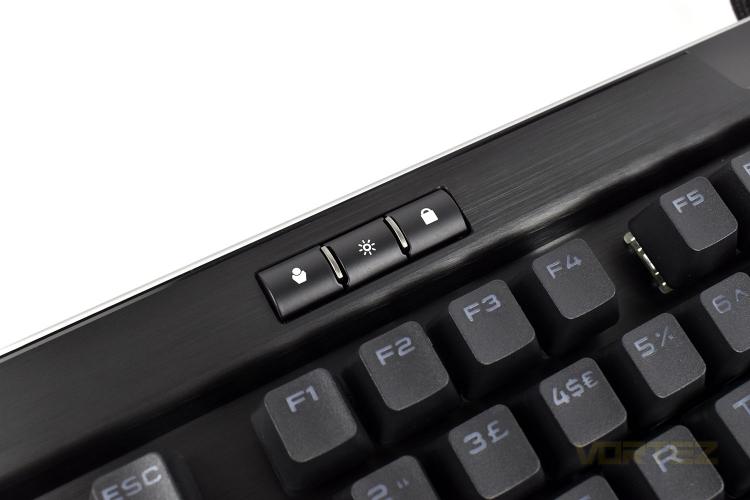 There are currently 759 user(s) online:
Google