👤by Kurtis Simpson  Comments 📅29-04-15
Closer Look
Packaged in fairly standard manner consisting of a cardboard flap revealing a clear plastic seal, displaying the mouse. COUGAR'S attention to design and presenting the features that matter most, is certainly one to appreciate. The front-side packaging tells the user everything they need and want to know about the 600M. Residing to the sides and rear of the box, users will find additional information on the 600M's build and specifications, along with it's UIX software which allows custom settings and macro functionality.

COUGAR provides very few items with 600M, primarily the essentials. These items consist of the following:

Available in two distinct colours of orange or black, the COUGAR 600M is clearly catered to a specific audience. For those who own other products within COUGAR's range of gaming peripherals, the bold tone of orange would do well in pairing with COUGAR's 600K or 700K keyboards. Colour scheme and build-matching is something that COUGAR emphasizes greatly, and this evident within their entire product line-up. 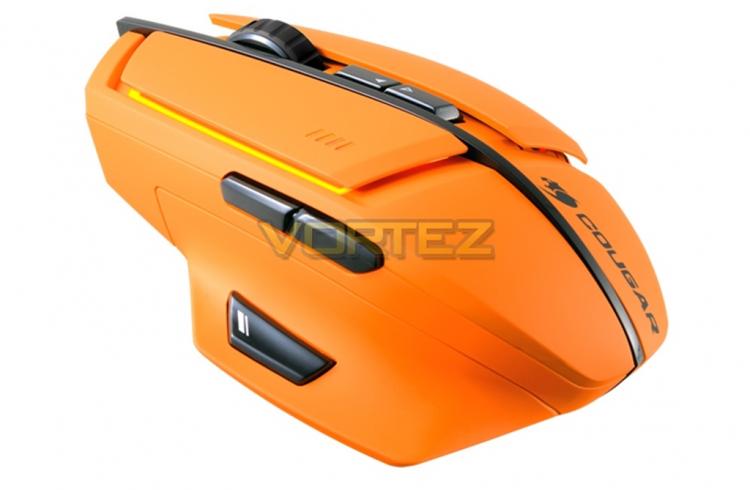 Where this becomes a limiting factor however, resides in the lack of colours available. While the bright aesthetics are certainly eye-catching and it carries a unique design trait paired amongst it's black buttons, pairing such a product with any other peripheral or PC that's not of a similar colour, could infact turn some people away. While it remains subjective as to which variation of the 600M is more visually pleasing, the choice of black as opposed to orange certainly opens up a broader range of possibilities for those who take pride in the styling of their PC.

The option for face-plates or additional colours such as red, white or perhaps even grey, would do well in COUGAR's favour, and without being said it's clear that this is a niche product. Where the 600M stands out within it's design lies in the shape of the mouse itself. Sharing traits with COUGAR's 600K keyboard, the dim LED glow which sits beneath it's left switch, gives the appearance of being detached from the rest of the mouse. Almost as if it's hovering. 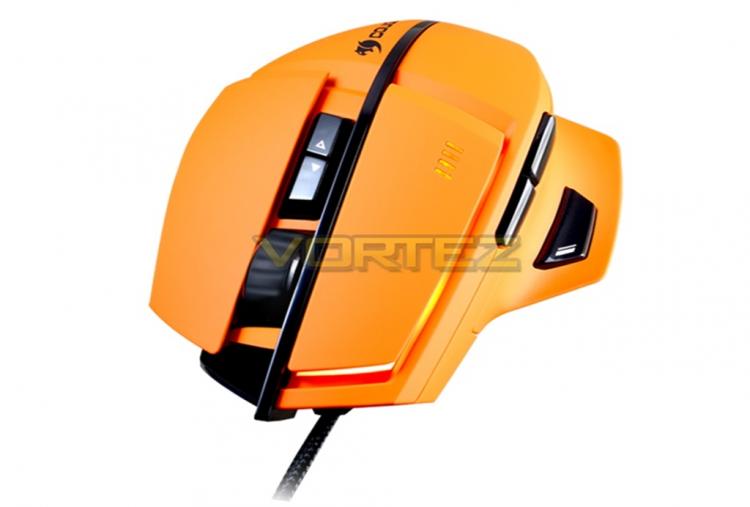 One thing we found quite appealing about the 600M is the shape and angles that make up it's body. Buttons and switches appear section off from one another, and the thin black plastic which runs through the center of the body, delivers an appearance that's vaguely threatening. Despite COUGAR's logo which is based on that of the animal itself, the 600M bears a slight resemblance to that of a shark. With sharp-angled buttons and protruding plastic, switches look more like rubberized fins. The 600M looks as if it should be gliding through water.