Whether or not these OMRON switches prove to be superior to alternative switch types, that may be used by other manufacturers remains to be seen. But since there's no real information or any description of such provided on the switch type, it seems fair to say that this is purely a feature for marketing purposes. In practice however, the mouse is quite pleasing to use. Clicks prove to be responsive, and the build quality of the switches themselves to appear to premium. 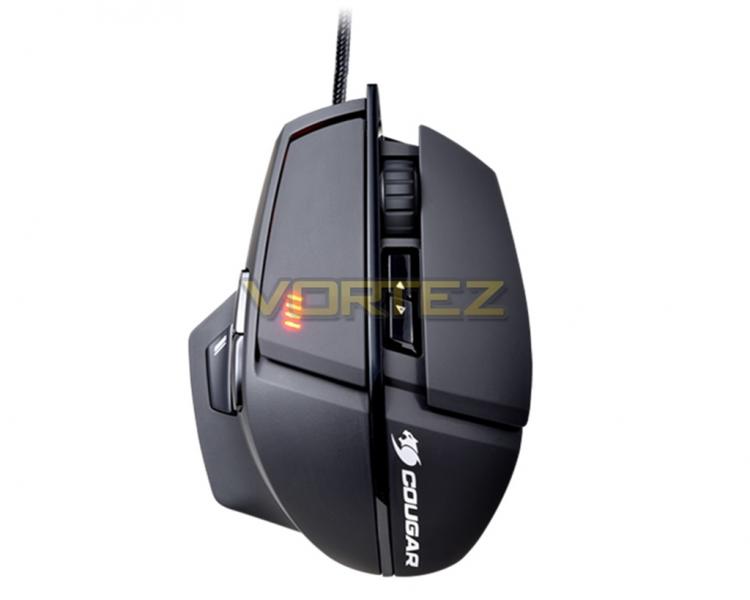 Button layout is satisfactory and all is in reach, naturally tailored to the curve of the mouse, of which the owner's hand will adhere to. For the Claw-Grip users out there, curvature and build of the 600M feels fairly natural to adopt to. And while we don't particularly agree that certain mice are built and designed for specific styles of grip, we see no reason whatsoever as to why the 600M wouldn't suit those who use their mice differently.

Additional hardware features of the 600M include an 8200 DPI sensor, a braided USB cable with a gold-plate plug, and a soft-touch rubber coating which encompasses the entire mouse. While the soft-touch feel provides comfort and plenty of grip, there is one issue we encountered quite early on when using the mouse.

Whether or not this particular problem is an issue with black model is unknown at this point, but due to the orange coating of the mouse we have on-hand, the attraction of dirt and fingerprints becomes quite apparent, and cleaning may prove to be a bigger problem as it brings up a risk of damaging the rubber finish.