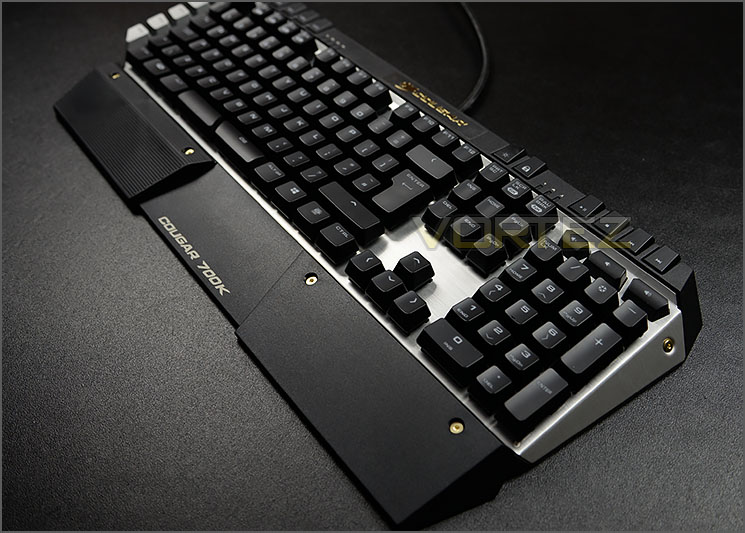 Being furnished with a brushed aluminium top plate and utilising a two-tone theme makes 700K a rather sleek keyboard. By using aluminium the entire unit is also extremely light at just 1200g  which is surprising, given the size of 700K. 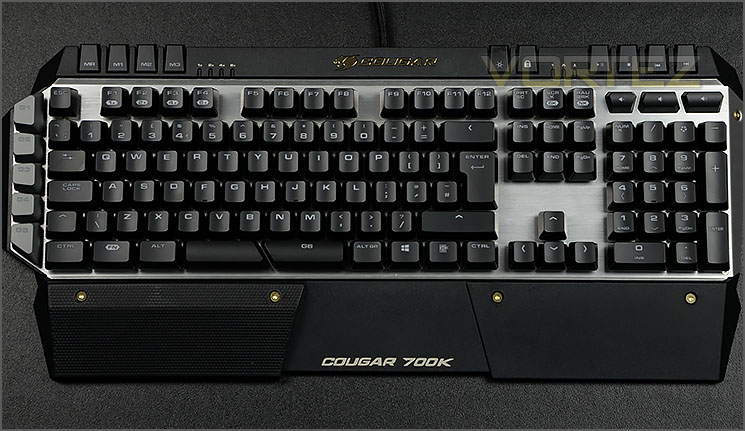 Aluminium construction with a QWERTY layout

This particular model of keyboard is available in a range of different switches. Our sample uses the Cherry MX RGB red switch but gamers can choose from brown, black and blue also.

700K follows a QWERTY layout design with standard keys in the usual places except for a number of additional keys over on the left-side, upper edge and above the numpad section. 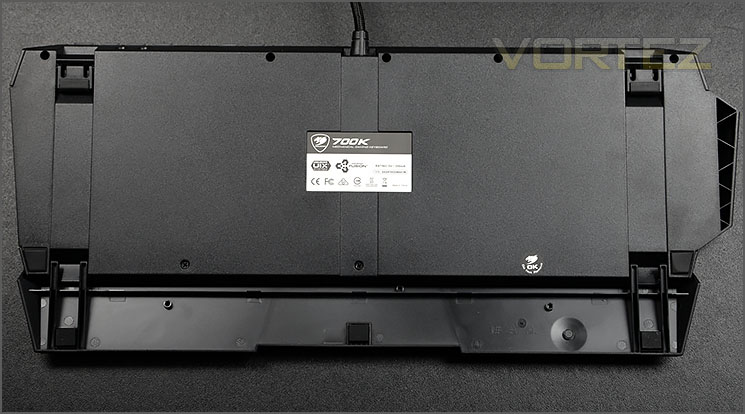 The underside of 700K

The reverse of 700K is plastic and features two folding feet on either side which alters the height of the keyboard. There are also rubber feet towards the front of the keyboard to prevent the unit from slipping on smooth surfaces. 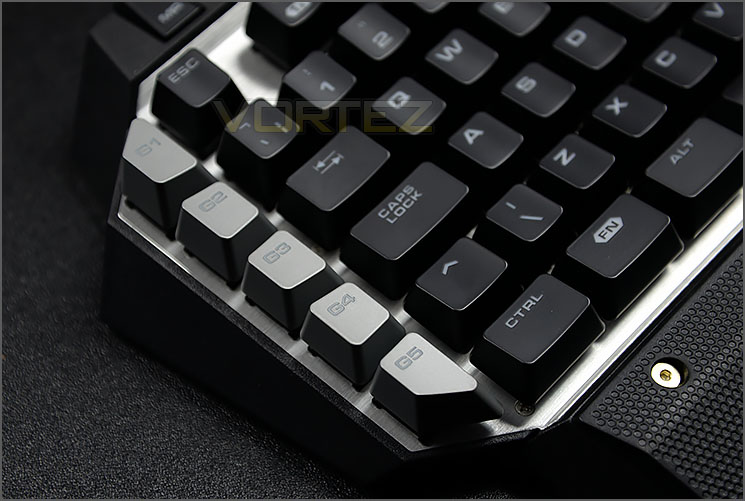 Additional G keys on the left-side 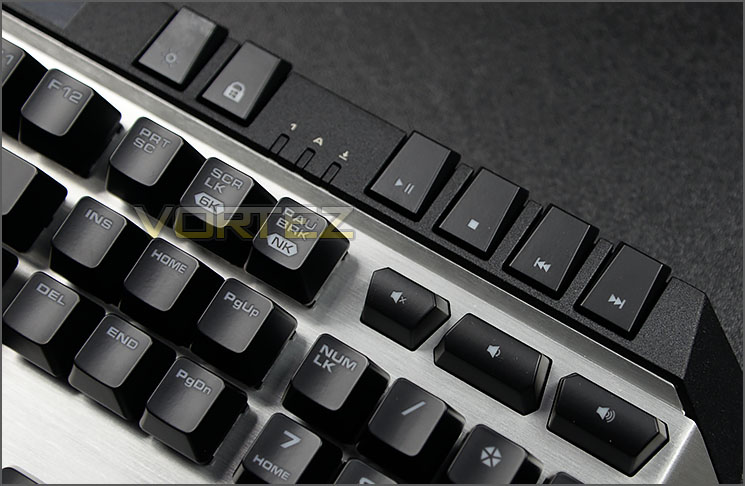 There are a number of additional buttons on 700K which extend the functionality. On the far left there are a series of G keys which can be programmed inside the COUGAR UIX software. Though, having these additional keys can take some getting used to as the G5 key is very close to the CTRL key and accidental presage can initially occur.

Above the F keys there are even more keys to configure and these keys extend along the upper edge. There are buttons to adjust the brightness of the LED backlighting, disable windows key on-the-fly and a plethora of multimedia options too.