It's been five years since we first reviewed a Solid State drive and during that time performance has increased with the cost slowly decreasing. However, SSDs still cost considerably more per GB than their mechanical counterparts. For example, you are likely to pay in excess of £400 for a 1TB SSD whereas a 1TB mechanical hard drive is some 10x cheaper at a little over £40. SSD's are however getting cheaper and the price gap is closing. Five years ago you would have been lucky to get a 256GB drive for £400 but today, 1TB SSDs are commonplace at that price. Crucial have now hammered that price point down further to just £282! 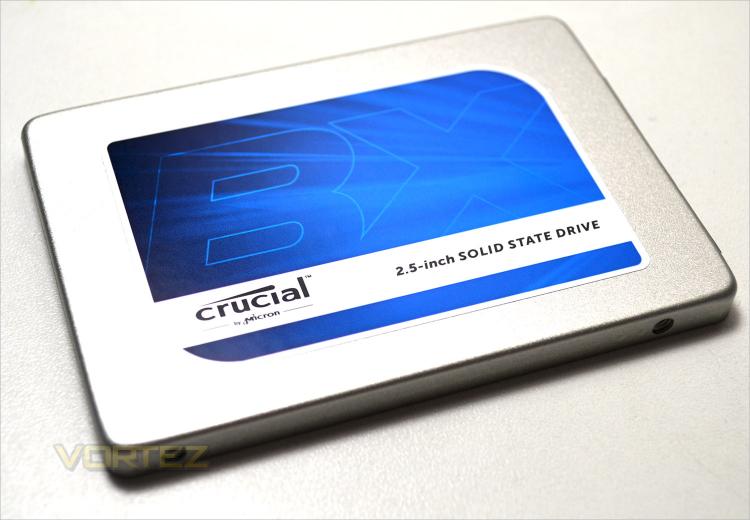 It is fair to say that the Crucial BX100 is still much more expensive than a mechanical hard drive however, before dismissing it you would be wise to factor in noise, heat, power consumption, weight, size, durability, encryption, and of course the main attraction of an SSD, performance when comparing the two. Crucial tell us that value, not performance was the driving force behind creating the BX100 and to that end they have clearly succeeded because it is much cheaper than the competition on all levels. Storage capacities are the norm with 120GB, 256GB, 512GB and 1TB values catered for with prices starting at just £50 for the 120GB but we would suspect that most will be interested in the higher storage capacity variants, perhaps with a view to replacing a standard mechanical hard drive. For this reason we will be putting the range topping 1TB version through its paces in today's review.

Crucial on their BX100 SSD
The storage revolution that started in 2008 with our first SSD continues with the new Crucial® BX100. Engineered to outperform a hard drive and deliver cost-effective performance, the Crucial BX100 leverages advanced flash memory technology and moves your computer beyond the outdated storage limitations of spinning discs. By transmitting data in a digital manner rather than having to seek it out on a spinning platter, the Crucial BX100 makes nearly everything on your computer faster and more efficient.