Since their inception, Solid State drives have been the preserve of high end, enthusiast users whose craving for speed knew no limits. More recently, with the advent of ultra books and such, SSDs have become much more common place. So much so that even some entry level PC's now come equipped with a solid state drive thanks in part to the cost of this technology which has tumbled over recent years. Speed isn't everything though and the purchase of an SSD, despite the prices coming down did have its drawbacks, mainly storage capacity. It wasn't so long ago that a 480GB SSD would cost more than £1 per GB and as such was priced out of many people's budget. Today however, we have a drive that costs a little under 32p per GB! 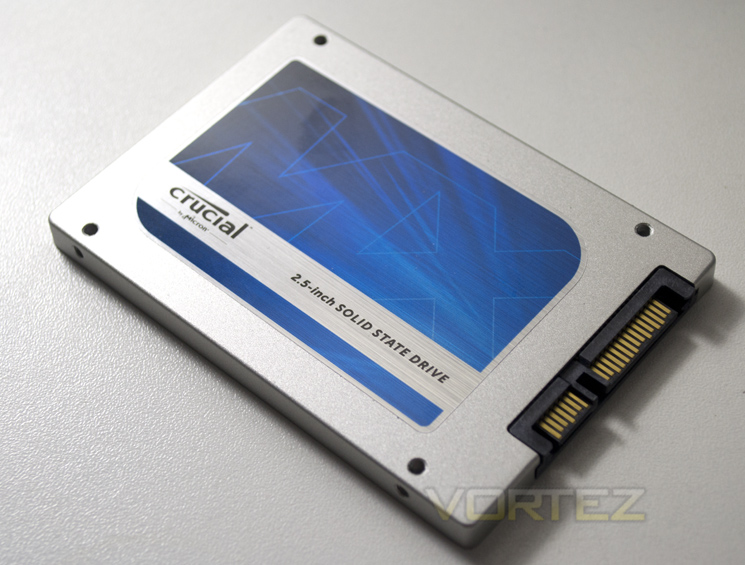 While still a little more expensive than that of a mechanical drive of the same capacity, it still claims to offer scorchingly fast SSD speeds and the features we have become accustomed to. Add to this the drive we are sampling today is a 500GB model counters the argument that an SSD's only purpose is a boot drive with a few applications. A 500GB will hold your data and applications, along with your operating system, so unless you have terabytes of storage need you could conceivably throw out your old, noisy, power sapping mechanical hard disk drives and have a quiet, economical but much faster SSD. Is it worth the extra you will pay though? Read on to find out.

Crucial on their MX100 SSD
As a brand of Micron, one of the largest flash storage manufacturers in the world, the Crucial MX100 is backed by the same quality and innovation that has produced some of the world's most advanced memory and storage technologies. With over a thousand hours of pre-release validation testing and hundreds of SSD qualification tests, the Crucial MX100 has been thoroughly tried, tested, and proven. Make the switch to the Crucial MX100 SSD and start outlasting and outperforming your hard drive.