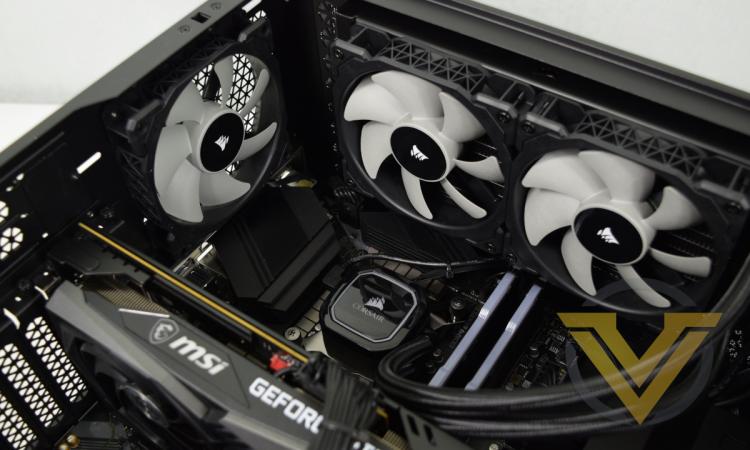 Intels Core i7-10700KF is an 8-core, 16-thread processor of 2020 vintage, launched mid way through last year as a stop-gap prior to the incoming 11th generation Rocket Lake-S processors. Its speciality is high operating frequencies and an (at the time) class-leading IPC that put it ahead of the curve in gaming. As a K class processor its unlocked for overclocking, while the F suffix indicates that it lacks integrated graphics functionality. It was a well-balanced processor for gaming while simultaneously streaming, leveraging both relatively high core count and great IPC, but has come under pressure in recent months by AMDs Ryzen 5800X. It will soon be supplanted by the 11th Gen. i7-11700K, but stock priorities may mean that its available at a compelling price for months to come.

CORSAIRs H100i RGB PRO XT will do an ample job keeping the CPU cool. This 240mm AIO cooler will allow you to tweak the clocks higher if overclocking is your eventual preference, but perhaps more importantly should allow you to keep your overall system noise low at stock clocks. A series of fan profiles are available through CORSAIRs iCUE software, with default fan curves based on expected tasks; we strongly advocate taking advantage of these.

NVIDIAs GeForce RTX 3060 is a brand new entry-point into the RTX-powered gaming segment with support for real-time hybrid ray tracing and AI-powered upscaling. The reference specification pairs the GPU with 12GB of GDDR6 VRAM, ensuring that its not memory limited in modern games (the alternative being a 6GB configuration). It slips in under the RTX 3060 Ti with an MSRP from £299 (inc.V.A.T.), but demand for the chip and elaborate 3rd party implementations has made them difficult to find at this price point. Reviews placed their performance meaningfully higher than the RTX 2060 - the card it ostensibly replaces in NVIDIAs product stack - and hits the right notes for 1080p gaming with all the bells and whistles enabled. 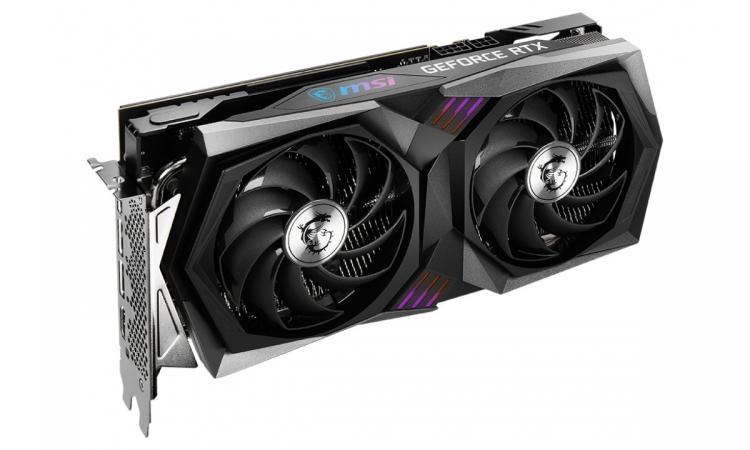 MSI have plenty of GeForce RTX 3060 flavours and this particular model is equipped with a beefy dual-fan Twin Frozr 8 cooler. The additional cooling headroom allows it to push a factory Boost overclock to 1837 MHz (from a reference Boost of ~1760 MHz), but more importantly enables the card to operate at its maximum Boosted speed for longer periods of time.

Meanwhile, the Z490-A PRO is perhaps the most entry-level component in this system. Its not quite bare-bones, and the all-black colouring serves as an excellent blank canvas for the systems RGB lighting, but it does lack some useful features such as integrated Wifi and a surfeit of USB ports. It does however incorporate a USB Type-C front panel header, a feature the iCUE 4000X by CORSAIR can take advantage of.

At 3200MHz and CAS 16-18-18-36 timings, this 16GB kit of CORSAIRs Vengeance RGB PRO DDR4 isnt the fastest available on the market. It is however some of the most attractive, featuring a diffuse RGB LED bar that can sync with other iCUE devices for a more complete lighting configuration. While 3200MHz may be more of a detriment on an AMD Ryzen system, its generally recognised as being more than adequate for one powered by Intel due to the CPUs underlying architecture.

Finally, we come to the iCUE 4000X chassis. Last year David reviewed the 4000D, a mid-tower case with an identical internal layout that merely lacks some of the aesthetic features of the 4000X, so we wont give a complete run-down of the enclosure. Its highlights are tempered glass panelling, iCUE compatible RGB LED fans, integrated Corsair Lighting Node Core and new Rapidroute cable management system.

The components chosen by this default configuration for the Cyberpower ICUE Infinity heavily emphasises CORSAIRs iCUE family aesthetics. Theyre of good quality, and you imagine would convey some well-deserved bragging rights when shown off to suitably impressed friends and relatives. But can you judge a book by its cover?