👤by Matthew Hodgson  Comments 📅26-03-18
Temperature Results
As weve previously mentioned, the main aim of this investigation was to find out whether temperatures dropped, and if so, by how much. We were struggling to overclock our processor at all, due to the 7700K already reaching 90°C-93°C at stock speeds, so we also decided to see if there was any extra overclocking headroom from the process.

We began by testing the CPU, both at Overclockers UK, in one of their Z270 test bench systems, as well as in a system here at Vortez. We used a popular stress testing application called Prime95; this piece of software stresses the logical cores of a CPU to 100%, generating a significant amount of heat.

We began by comparing temperatures between the stock Intel TIM and the de-lidded liquid metal within the OcUK Test Labs. 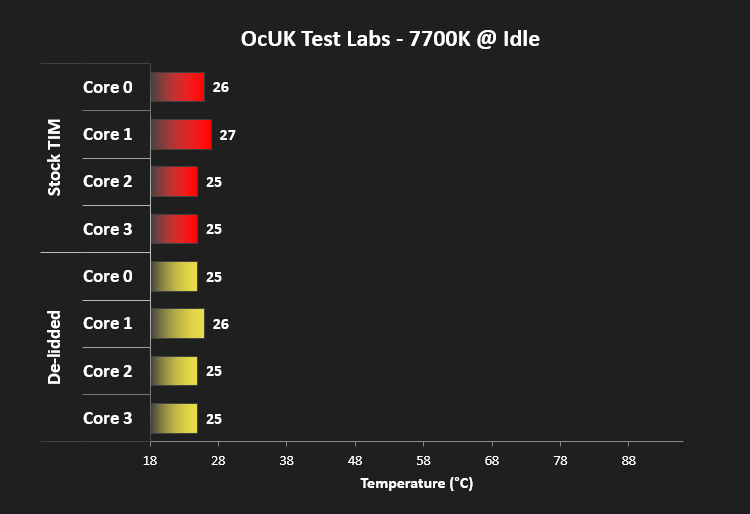 Then, putting some load onto the cores for 30 minutes with Prime95, we compared the core temperatures again. 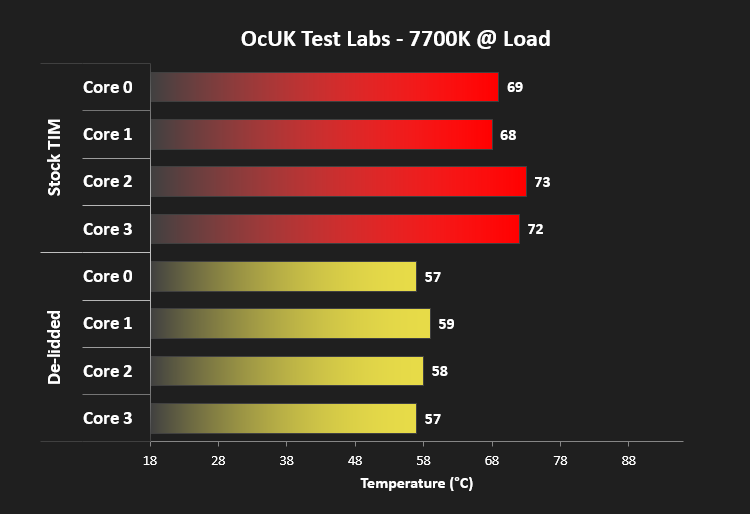 Now, after returning back to our office, we decided to run our tests again, having previously tested it before venturing out to OcUK.

As we did at OcUK, we compared idle temperatures after leaving the PC to idle for 10 minutes. 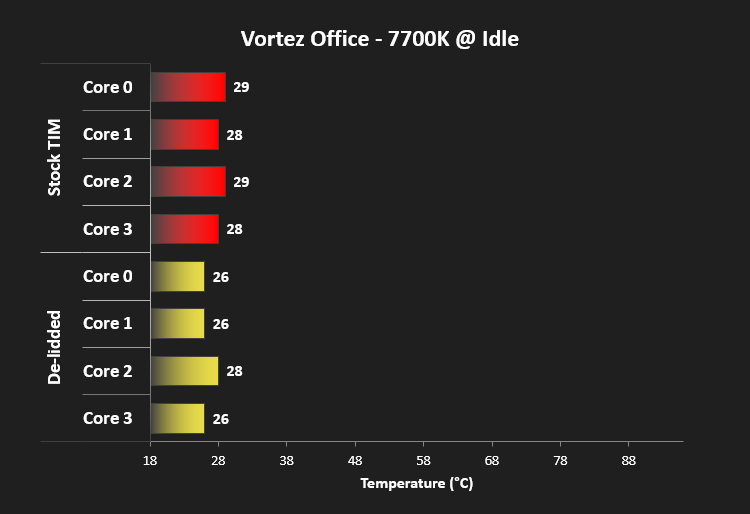 Then we pumped some workload through the 7700K with Prime95 for 30 minutes, recording the maximum core temperatures. 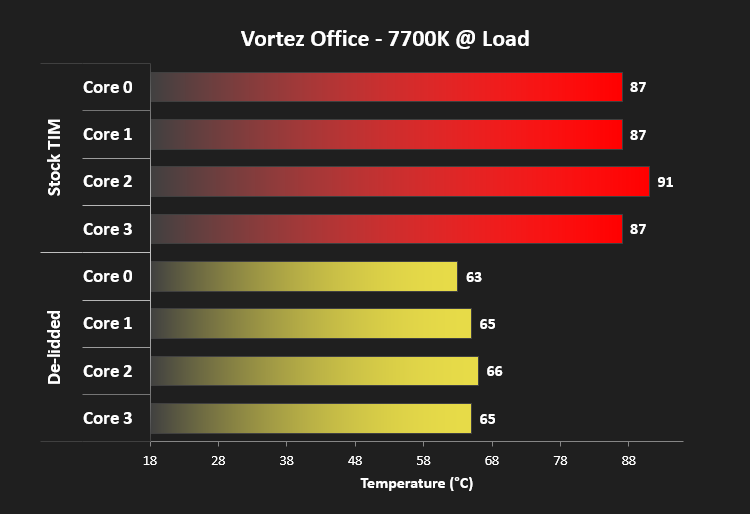