De-lidding CPUs has recently become much more popular in recent years, with many enthusiasts seeking the lowest possible temperatures, and in turn, the highest achievable overclock from their piece of silicon.

Overclockers UK, based in Newcastle-Under-Lyme, invited us down to investigate their de-lidding and speed-binning process. We spent a day working alongside Ian 8-Pack Parry, world-renowned overclocking guru, and the OcUK Tech Labs Team to witness the procedure first hand.

You might be left wondering what on Earth is de-lidding and speed-binning? The process of de-lidding a CPU is removing the Integrated Heat Spreader (IHS), cleaning off the factory-applied thermal paste and replacing it with a more efficient liquid metal, aiding heat transfer from the CPU die to the heatsink above, with the aim of decreasing temperatures.

Speed-binning involves running a CPU through a series of stringent tests, designed to identify any weakness within the CPU; think of this as a military selection exercise, where only the best will be selected. This process is necessary due to the unique properties of each CPU; where tiny imperfections within the silicon can affect their ability to overclock above their rated boost speeds. This is referred to as the Silicon Lottery, which 8Pack kindly removes for you.

De-lidding is an inherently risky procedure, with a chance of completely ruining your CPU. Does the temperature difference warrant such a risk? Or is it best to leave this to the professionals at OcUK? 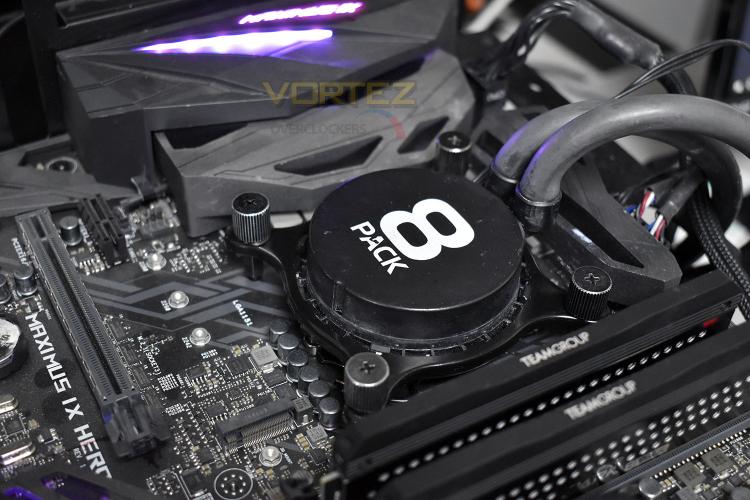 Overclockers UK on de-lidding:
All of the CPU's that make the grade are de-Lidded. This is a process of whereby the CPU's IHS (Integrated Heat Spreader) is momentarily removed and the TIM (Thermal Interface Material) is replaced with one that has far superior heat transfer properties such as Liquid Metal. The technique of De-Lidding can reduce load temperatures on average by 10-20°c offering the ultimate in overclocking thermal performance.