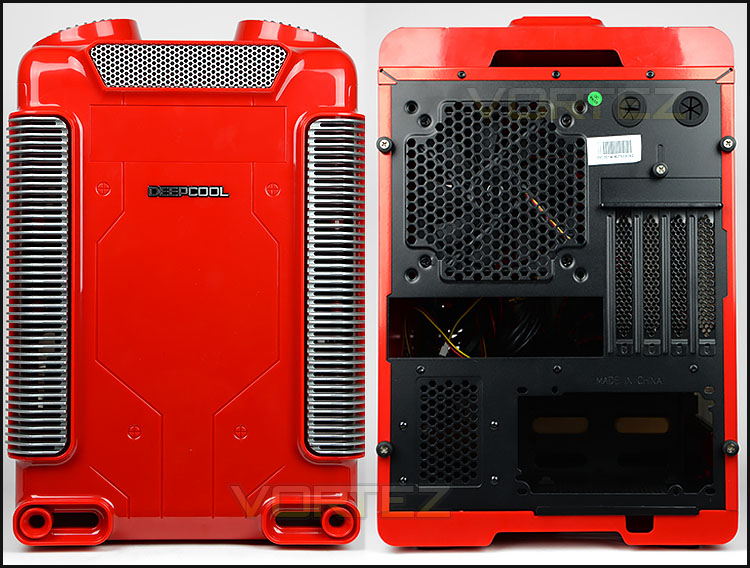 The front and back of Steam Castle 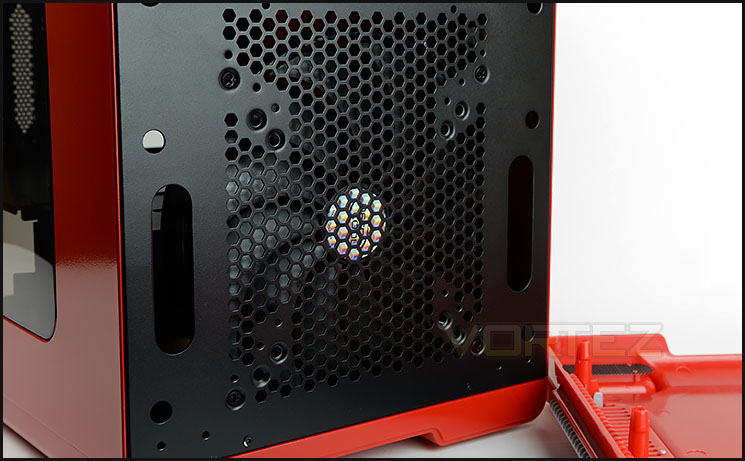 At the front of Steam Castle we have a glossy plastic fascia which has a selection of accents and peculiar designs. There is ventilation at the bottom, side grills and upper perorated mesh since there is a 200mm front intake cooling fan. This fascia can be removed with a small tug  at the front there are mounting holes for a single 120/140mm fan. DeepCool has included a single 5.25 drive bay cover which can be removed from the inside of the case.

Around the back there is an opening at the bottom for mounting the PSU as well as a small honeycomb mesh section for the 2.5 drive cage. Above this there is an opening for the rear IO ports and then four PCI expansion slot covers which are vertically aligned since the motherboard orientation is horizontal within the chassis. These slots are perforated and use a unique shutter design for securing devices. There is a 120mm rear exhaust fan placed at the rear as well as two circular rubber grommets. 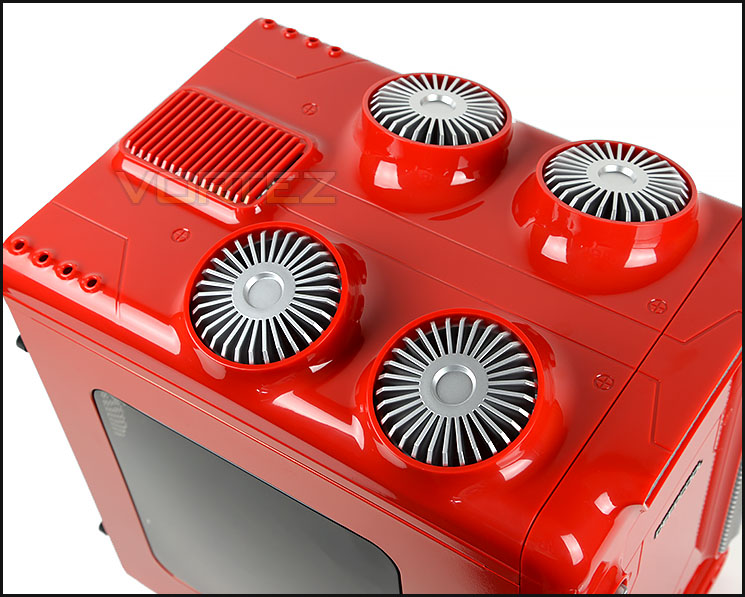 Steam-punk design is event at the top

Steam Castle follows steam-punk for its theme by including even more mechanical type designs at the top of the case. There are four circular shaped receptacles which support a series of LEDs rather than cooling fans which many will expect. Towards the back there is additional ventilation for the system. 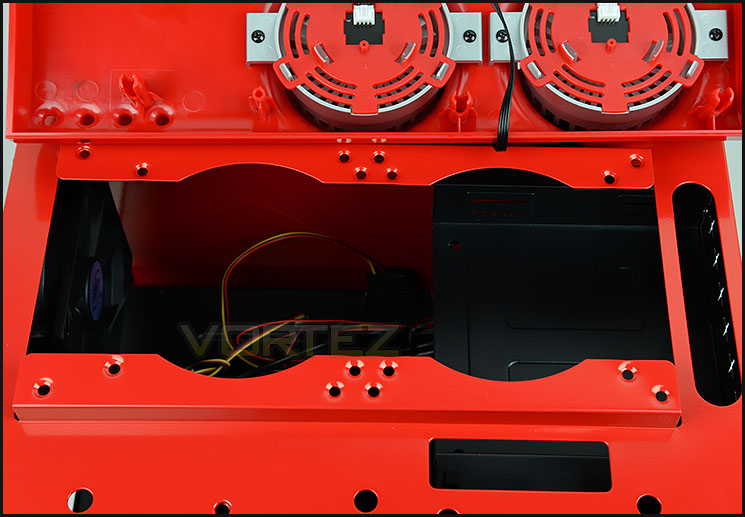 Allocation for dual 120/140mm cooling fans at the top 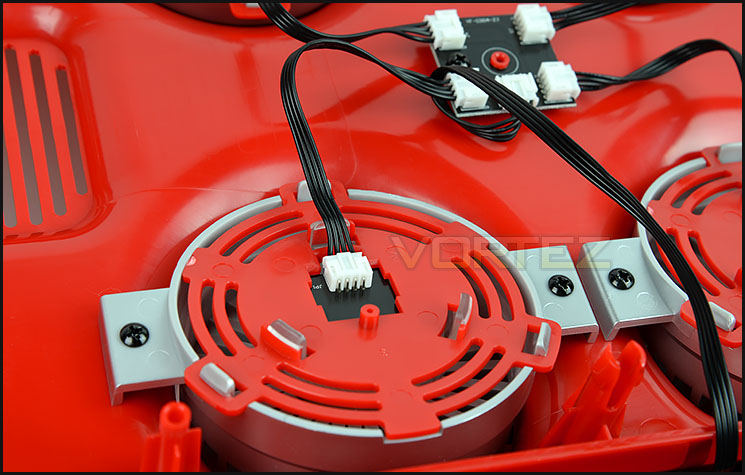 LED spots fix within the fascia

Again, just like the front fascia, the top unclips with a small tug. Removing this panel reveals allocation for dual 120/140mm cooling fans or 240/280mm radiators. Later on, well be looking at the clearance options for radiators/ALCs.

As previously mentioned, the top fascia has four circular type objects  these host LEDs which all link to a hub and then this hub is powered by power from the PSU. 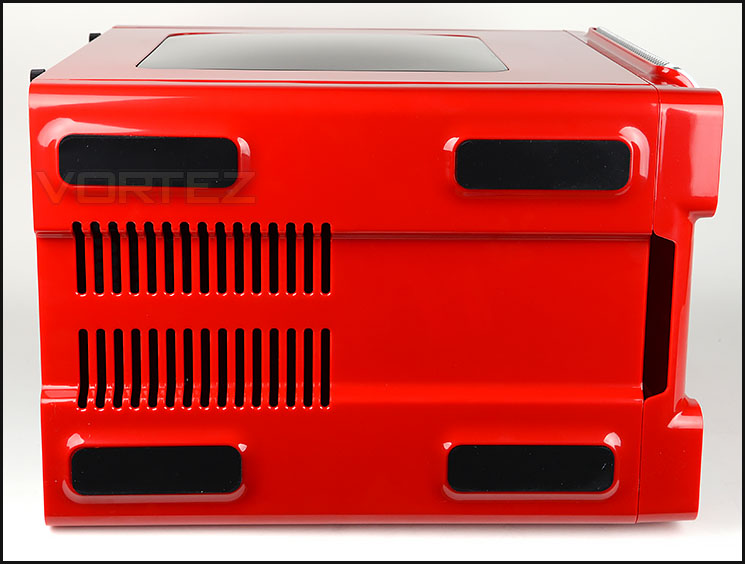 The underside of Steam Castle

At the bottom of Steam Castle there are four large rubber strips which help to ensure the case does not slip on smooth surfaces and there are ventilation cut-outs towards the back of the underside for the PSU. 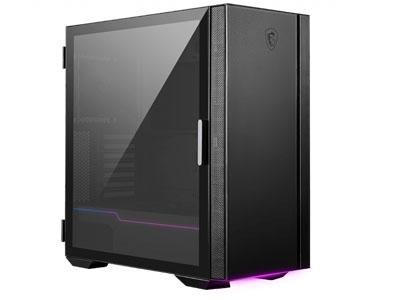