The setup process for the EasySMX COOL 2000 is easy. As these work with a variety of platforms, there are a few different ways to set them up. For PC youll require a spare mic port and audio port as well as a USB port if you plan on using the LED illumination. For console, mobile or Nintendo Switch youll need to make use of the included adapter. Its also worth noting that without USB power the illumination wont work. There are no drivers or software for the headset, so there is nothing to download.

Using the headset daily has been a good experience. The headset is on the larger side, but because they are mostly plastic, they are really light. The adjustable headband also helps as it moves freely and forms to the shape of your head very well. The padding on the headband isnt the most generous, but the band is very soft without it. The earcups are also very soft and well padded, they do, however, get a touch warm after a few hours, so breaks every now and then are advised. The opening for your ears is not the most generous, and if you have larger ears, they may not fit fully inside. 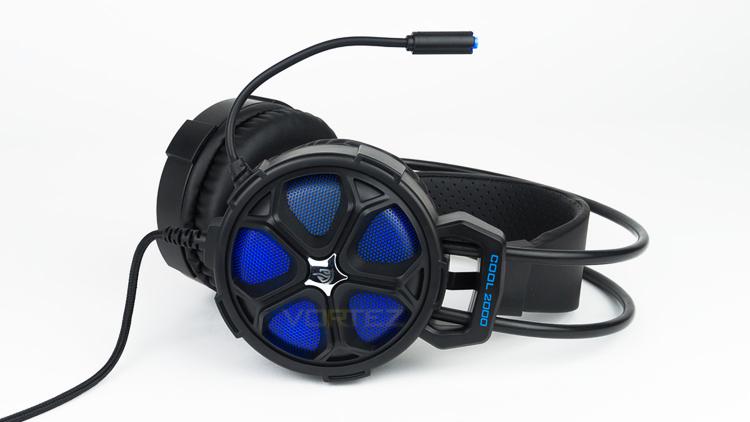 The on headset controls all work well. The volume wheel - although plastic, does feel good and is smooth when used, this makes adjusting the volume on-the-fly a good experience. The mic mute and LED button arent the most tactile feeling, but they get the job done just fine. The noise isolation when in use is good enough to block out the noise emitted by a PC, but louder noises can still be heard.

We all use headsets for more than just gaming, and that is why we test them for music listening and watching movies. When listening to music the COOL 2000 wasnt overly impressive. The headset struggles to produce really deep bass which caused some distortion at the lower end. The bass is also lacking some midbass punch that results in the sound being a little thin and without body; this is not helped by the treble as it is a touch brash and brittle - especially when you turn the volume up. The treble is also not the most detailed and sounds a bit vacant. On top of that, there is some noticeable sibilance in the vocals when the volume is pushed which can be quite off-putting. Vocal production is just about passable with the clarity, but the tone is not very natural. The headset also suffers at higher volumes which does cause some slight distortion. So its safe to say that for music, these are the greatest. Maybe they can redeem themselves when watching movies and for gaming?

When watching movies it was a bit difficult to become immersed. The bass was off again, and the lack of impact was really noticeable. This resulted in crashes, explosions and gunfire sounding a bit weak. The treble was again not overly impressive as like with music, it lacked detail which made it difficult to hear the little sound design touches. The spacial awareness was adequate at best with them sounding a touch closed in for headphones. Vocals were probably the best part as they remained clear which meant dialogue was decent. 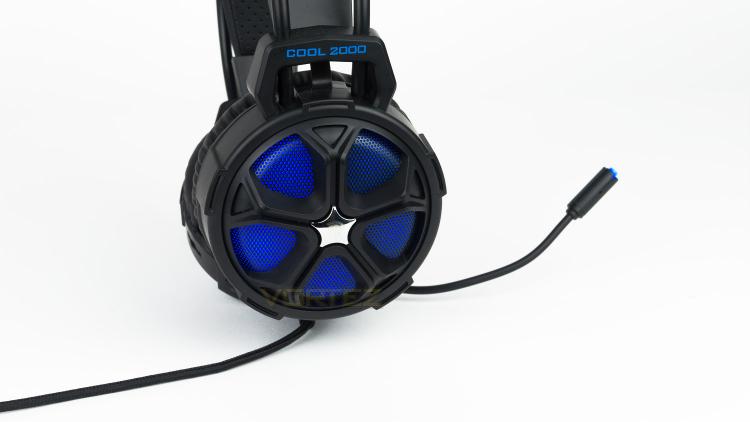 For gaming they fair a bit better - though not excellent, the experience is better than for gaming and watching movies. The lack of bass in this instance is a plus as it helps clear the treble - to some degree. The treble, however, is still not very detailed which does mean that the headset isnt the strongest for FPS and eSports titles. This is because its hard to pinpoint sounds and enemy locations. The sound scope is again a bit narrow and not overly wide which means hearing things in the distance is a bit hit or miss. For solo adventure titles, this isn't as big an issue but is still not great. The biggest drawback for solo titles though is the lack of immersion; the headset just fails to create a convincing atmosphere which does lead to a bit of a lacklustre performance. If you just play casually for fun, then the sound is passable, but if you really want to get enveloped in a solo adventure or play multi-player games that are competitive, then these just dont deliver.

The microphone on the COOL 2000 is non-removable and features a flexible arm to help position the mic in the optimal position. For the test the microphone volume was to 100% with a gain of +20dB, this is because the microphone was on the quiet side and required the extra boost. The quality of the microphone is passable at best. Vocals are quite clear meaning that the mic would be okay for talking to your teammates over Discord or via game chat, but the quality is not there for anything else. The bass pickup isnt very strong which does make the mic sound thin; there is also some noticeable distortion as well as some pops and sibilance. Background noise is also present as the microphone doesnt feature any noise isolation features. It is worth noting that this headset is very affordable and a great microphone is not be expected, so in that regard, it is okay for the price point.