👤by Weston Dakin  Comments 📅23-07-18
Performance Testing
To test the Elgato Stream Deck Mini, we did a few things. The first task we undertook was to familiarise ourselves with the software which was a very easy thing to do. Elgatos developers have done a great job to not only make the software very functional but also easy to pick up and learn quickly. The interface is simplistic, and the drag and drop nature is both quick and intuitive which means you can set basic commands and functions with ease. Once youve got the basics out of the way, you can then delve deeper into the software and start to look at more complex actions and make use of the full feature set available, and there is a lot. But even with setting more customised tasks, it's still easy to do and the software pretty much takes all the hassle away from you and makes using it an enjoyable experience. 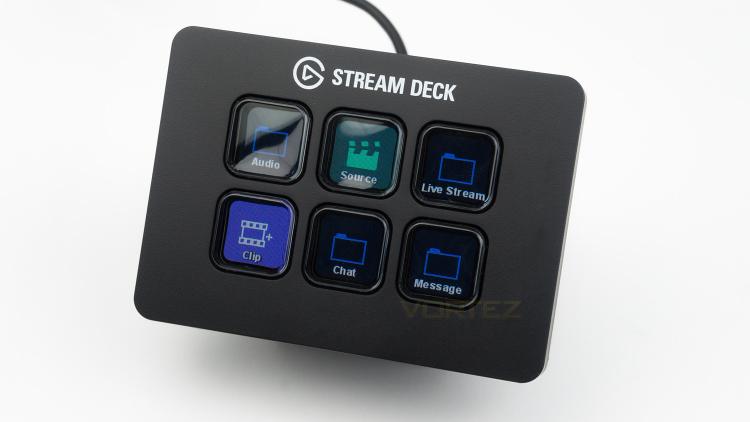 The next feature we tested was using the Stream Deck Mini to carry the tasks we set, and it worked without fault. The time taken from pressing a key to the action being carried was very quick, and the delay was minimal. We tested the desktop features first and used the Deck Mini to launch websites and software, both of which were carried out flawlessly - as long as you set the correct website and file path. The next logical step was to test out the streaming capabilities of the Deck Mini, we opted to use Streamlabs OBS, but it will work with OBS, Streamlabs and XSplit. To test this, an offline test was carried out to make sure that all the commands prompted worked as expected and it went very smoothly, you just have to ensure that the commands you set match the streaming software. You can see some more about this on the previous page of the review. Back to the test and it was faultless, we programmed some scene changes, as well as chat prompts and the integration was seamless as was the execution of the command. The final phase of testing was, of course, doing a stream and again we cant fault the Deck Mini. The scene switcher worked with no flaws, but we did notice that there was a tiny bit of a delay when selecting a chat prompt, now this isnt due to the Deck Mini and is more to do with the nature of streaming, so again we cant fault it as every chat command set, worked great. If you wish to use more complex commands, things may need to be properly tested before trying it live, but the commands and prompts we tried, all worked without a problem.

The only small issue we had was with the number of keys. Now, this is sort of a double-edged sword. On the one hand, there is less to be distracted with, but on the other, the number can be an issue - depending on what you want the Deck Mini to do. As there are only six slots available, you have to be a bit more creative and make use of folders and the multi-action feature. Folders essentially allow you to take one key and turn that into five further commands, the multi-action feature allows you to take one key and make it do multiple actions. Folders work great and provide more space for actions, but they do take a bit longer to use as your commands are not right in front of you. However, they do what they are designed to do and work very well. The Multi-Action feature, essentially allows you to perform two or more tasks at the press of one button, now this one is a bit trickier to use as you have to be careful with the commands you set. The reason for this is because you wouldnt want to actions that conflict with each other as they would clash. But if you set it right, it is very helpful. For our testing, we set it to open all our most used websites as well as a few applications and it opened them up simultaneously while also being very prompt. This is just one of the things you can do, but the possibilities of what you can do are quite broad. 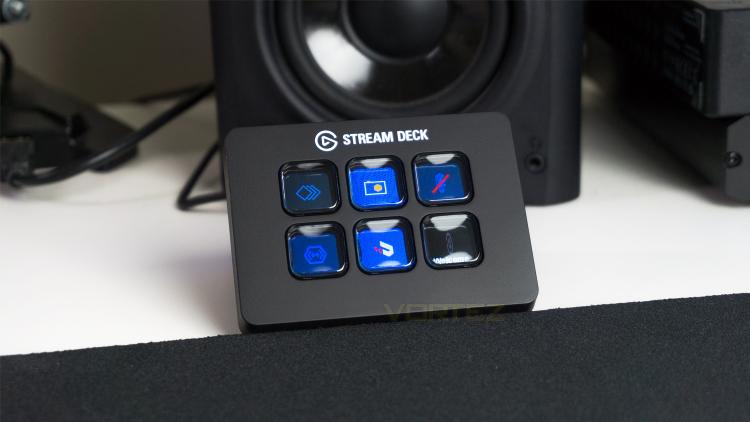 One addition we would have liked to have seen is a hardware-based profile switch, this inclusion we believe would improve upon the already solid foundation set by the Deck mini. As is, the Deck Mini is smart enough to automatically switch profiles when a stream is activated - which is great, but the only way to switch profiles is to use one of the LCD keys. This wouldnt be an issue on the regular stream deck as there fifteen, but with the mini, there are only six, so if you were to make one of those keys to act as a profile switch, that would only leave five to customise. So by adding a hardware profile switch, that would free a key and make profile switches seamless. The other way to get around this is by either adding folders or using the multi-action feature - which again are very good features, but then its one more button to press. With the proposed profile switch, this would remove that extra input, plus youd still get all six keys to play around with.

As for design, build quality and in-use experience the Deck Mini is mostly great. The design is simple, clean and very functional. The build quality is far superior than expected, and the Deck Mini feels reassuringly solid and robust. There are no signs of cheap plastics, and the buttons have a great feel to them. They are also very bright and easy to read even under a bright LED desk light. The only small issue is the rubberised base, the base is large, but during use, it doesnt do the best job at providing grip. When pressing the buttons the Deck Mini does slide around a little, this isnt a deal breaker as the movement isnt massive, but it is still noticeable.