👤by Matthew Hodgson  Comments 📅04-06-19
Software
Elgatos Stream Deck software provides a live display of everything you see on the device with no latency between the two when making changes. This allows you to see in real-time whether or not you feel theyre located in the right areas and also if theyre properly visible due to the slight curvature of the keys. Some keys may work better at the top of the device, or at the bottom, however Elgato do give a lot of customisation on where titles are placed and what font and font sizes are used. 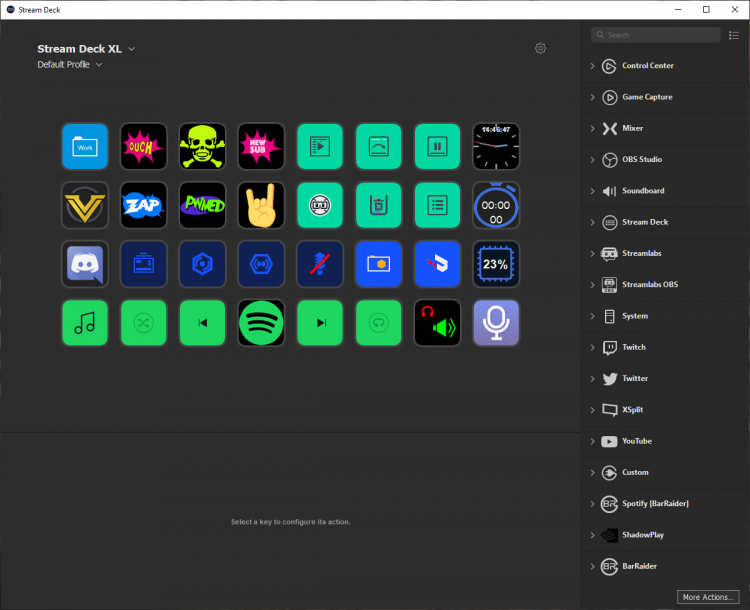 The default, built-in buttons, listed down the right-hand-side are largely tailored towards streamers, though thinks like allowing hotkeys or websites to be assigned do help with everyday tasks. For instance, streaming isnt something Ive ever played around with, but memorising several keyboard shortcuts in Photoshop can be tedious, particularly for tasks like resizing images, doing so with a single keypress can help streamline your workflow substantially.

Those familiar with BBCode, used in basic text formatting on our website, will notice that the Work folder below is stacked full of BBCode shortcuts, instead of typing them in repeatedly when formatting a page to be uploaded, this may only take a few seconds, but when doing that for multiple reviews per week, and for 10 to 15 images per review, it all adds up, and thanks to Elgatos implementation of folders, the notion that you may be wasting keys for menial tasks can be ignored. 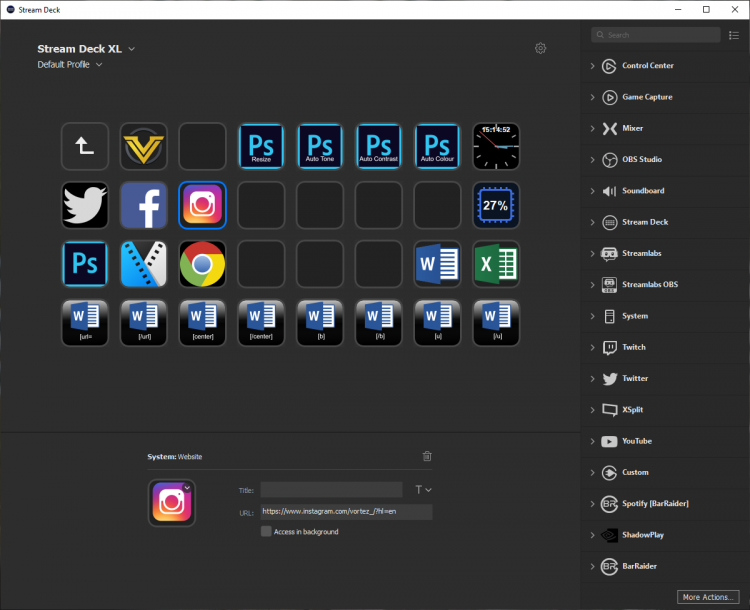 New to a recent software update is the ability to use Third Party applications, things like a CPU usage display or an analog clock. The selection isnt huge at the moment, with around 30 downloadable options, including Shadowplay, Spotify, Philips Hue and more. Well look forward to seeing what the community can bring to the table in the coming months but for now, we see that as a very exciting idea. 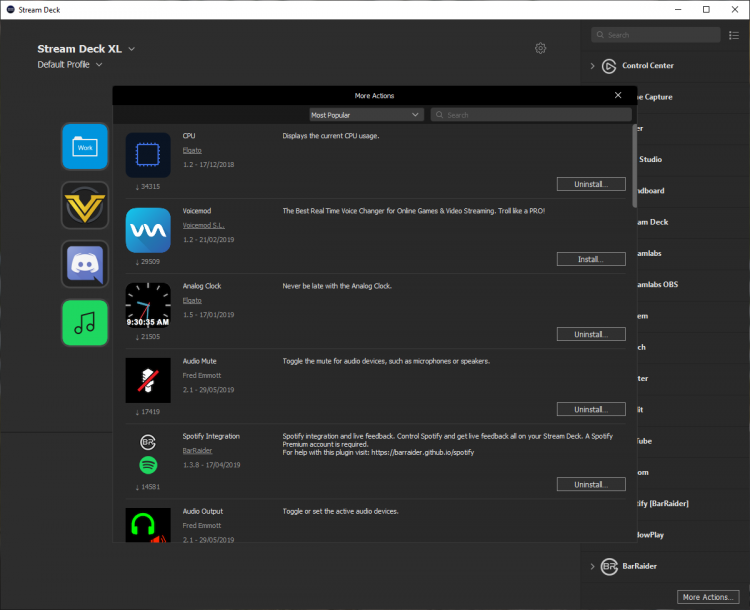 Elgato also give you the option to create custom icons in their Key Creator. This tool should really be built into the software itself instead of being a separate online editor, necessitating you to manually download and save each icon, then assign it to the keys. This extra step can get a little tedious and difficult to visualise what itll look like on the Stream Deck.

The online Key Creator can also be used to generate a Wallpaper for the device, using all of the keys individually to build up one single image. The Stream Deck does this upon boot up with the Elgato logo but at the time of writing were not able to show you how this works as theyve not updated their website to support the 32 keys yet.

Having said that, the editor is reasonably powerful and super easy to get to grips with. Theres plenty of default icons to play with, even allowing you to upload your own images to edit on top of.

Also, while Elgato provide the editor for you to play with, you can make your own icons from any JPEG or PNG file, just try to ensure they fit the 72 x 72 pixel size to avoid any scaling issues.

And if all of that is too much, we found plenty of icon packs available to download from a few places online. It goes without saying but these arent officially endorsed by Elgato so tread carefully when downloading .zip packages from the internet. 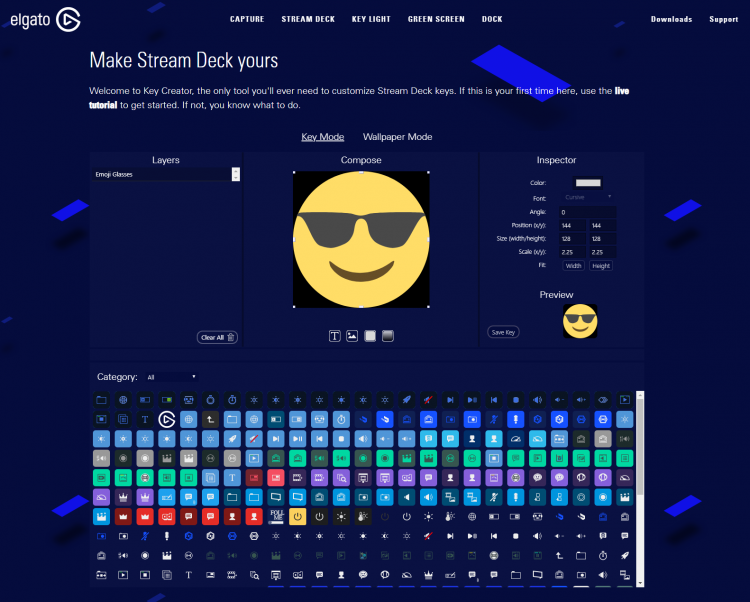 The Stream Deck software allows users to set up multiple profiles, say for specific games or even if more than one person uses the same PC, but what it doesnt seem to be set up for is saving of setups. Having spent a good few hours setting, playing with and adjusting the layout of this Stream Deck XL, it would be incredibly frustrating to lose all of that. Some kind of cloud backup, or even local backup of profiles and layouts, would be welcomed with open arms.

There are currently 111 user(s) online:
Google