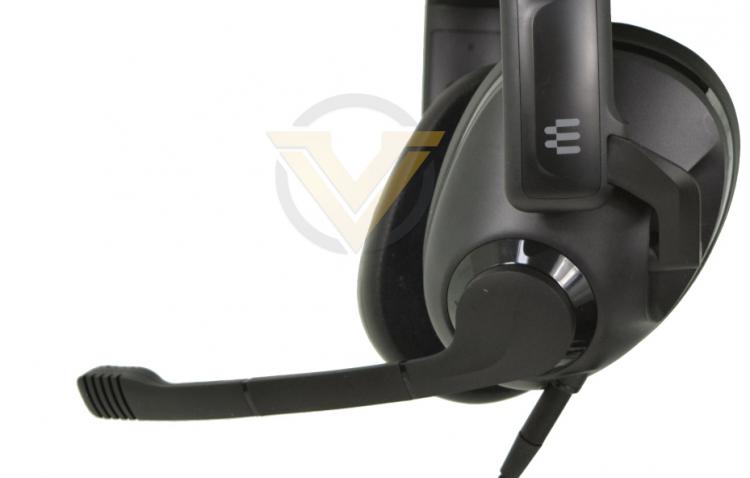 One of the more obvious non-standard features of the H3 is the arm that attaches the headband to the ear cup. On headsets within this price range it is usual to have one or two points of connection such that the cup can rotate about a single axis, helping it conform to the contours of your head. The arm on the H3 has two joints, offering limited freedom on two axes rather than one that should allow the cup to conform even more closely to your head.

The left-hand cup houses both the integrated microphone - which is neither removable nor replaceable by the user - and the audio cable socket. This socket is for a deeply recessed 2.5mm jack and will be incompatible with cables not on EPOSs list of recommendations.

The microphone articulates down to a fair bit below the horizontal with a stiff action, making it unlikely to slip out of place when in use. Theres an audible click when it is active (about 30 degrees down from the vertical), so you can mute it simply by raising it up to the top. The middle section of the arm has some flexibility, giving the microphone limited pose-ability.

The cup itself is also angled from the horizontal, orienting the opening in the foam ear pad to be more suitable to the majority of ears. 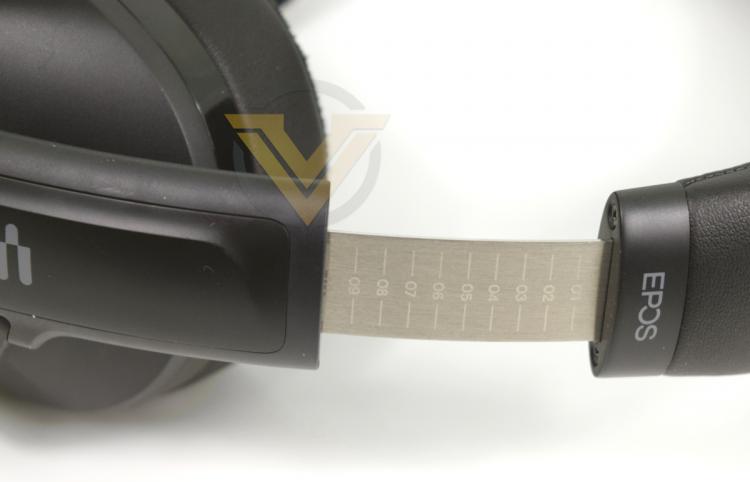 The headset band is reinforced with steel, ensuring some flexibility in its support. The cups can be pulled down the headband up to 4cm on either side, with the band itself detailing levels which you can make a note of and re-use once youve found your preferred setting. 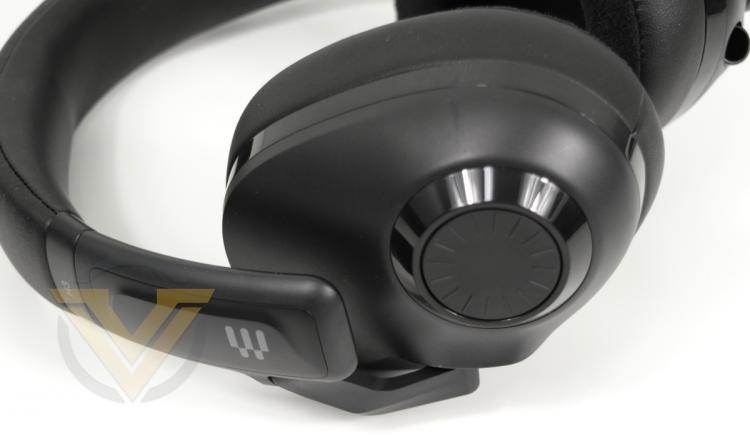 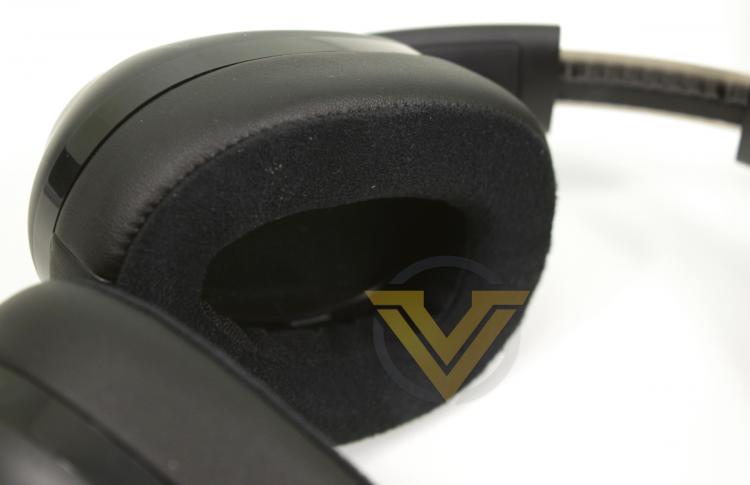 A thick foam pad is attached to both cups that isnt of uniform construction. The surface of the pad that can be seen when worn is a faux leather, attached to which is a suede-like material. The inner lining is a breathable fabric that should help to minimise sweat build-up. Memory-foam fills the interior, while a rigid plastic base keeps it attached to the ear cup via a series of clips. These foam pads can be removed to clean and are replaceable in the long run.

EPOS have dispensed with the black/red livery of the GAME ZERO in favour of a slightly more professional black with grey tones, while a predominantly white Ghost White version is also available (shown below). They also havent strewn the H3 with RGB lighting or other excesses common to gaming headsets today, making it quite the catch for those who want to eschew the garish gamer aesthetic.