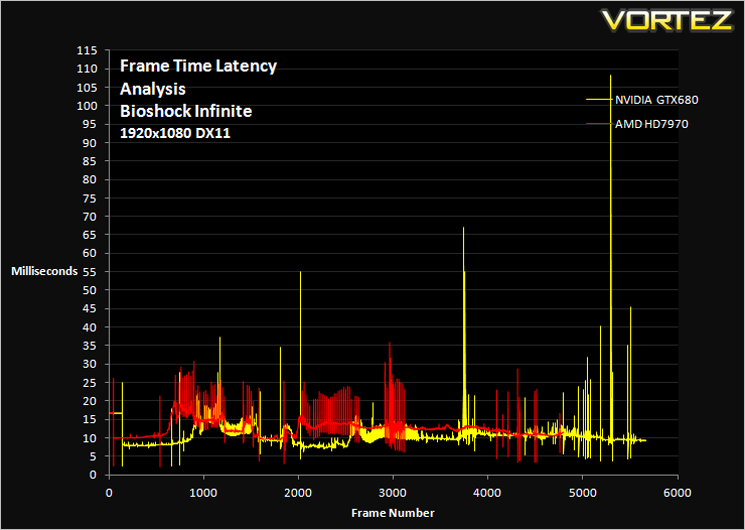 Frame time data was collected from Fraps for both an NVIDIA GTX680 and AMD HD7970 for an identical run of Bioshock Infinite. It was then transferred to excel and using calculations made into the graph you see above.

The astute among you may notice that the NVIDIA graph is longer (more frames) than the AMD one. This is simply because the NVIDIA card produced more frames over the 60 second time period (higher FPS). What interests us most are the troughs and peaks, particularly those packed closely together. At first glance it would appear the NVIDIA card is poor due to the huge spikes however these are simply scene transitions and are of no concern to overall performance. What is disconcerting are the close knit spikes (amplitude) the AMD card produces. 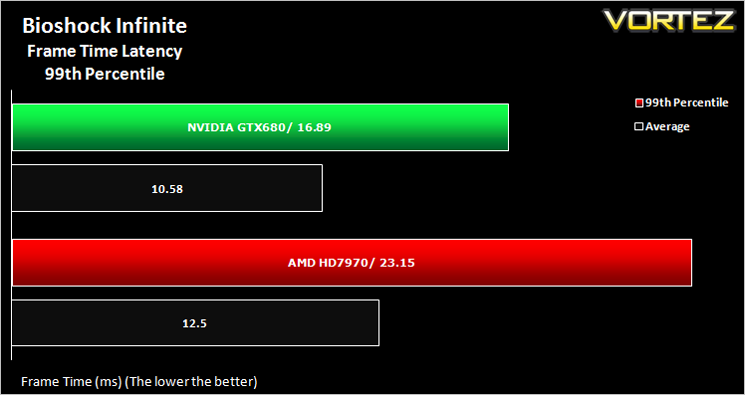 Here we can see the 99th percentile measurements. Our measurements show that you can expect the NVIDIA card to render its frames faster than 16.89 milliseconds for 99% of the time whereas the AMD card measures 23.15ms. So with the NVIDIA card you will witness smoother gameplay. Of course this should also be taken into consideration with your own perception. Remember that I said you would unlikely notice frame time loss below 30ms? Well both cards are well below that threshold for 99% of the time so we do not believe either card, will present a problem but if we are being extra 'geeky' about such matters, the NVIDIA card is the better choice for this particular game engine. 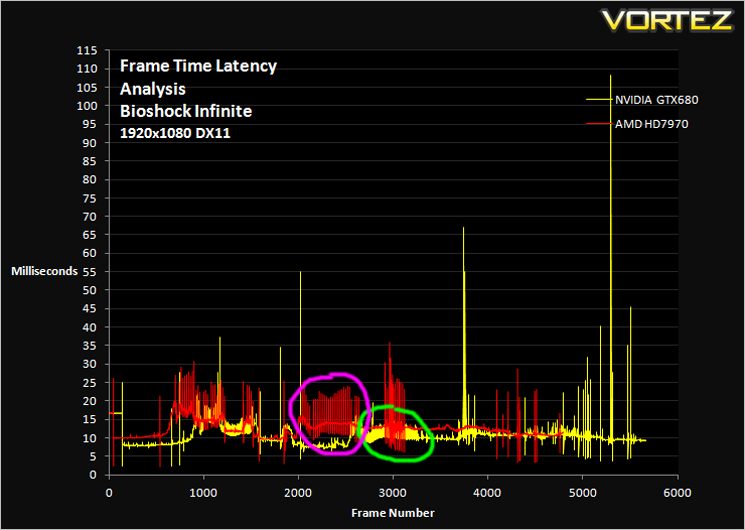 The pink (AMD) and green (NVIDIA) highlight the same section of benchmark. Note the amplitude difference, clearly showing that the AMD card has a bigger variation (3 times larger) in frame rendering time between each frame. If these jumps were above your perception threshold and amplified further (doubled) to 30ms drops instead of the 15ms we saw, the AMD card would appear to be more choppy than the NVIDIA card.