👤by Matthew Hodgson  Comments 📅15-10-19
Packaging, Bundle & Closer Look
The front of the box is simple and elegant with a shimmery finish on the printing. 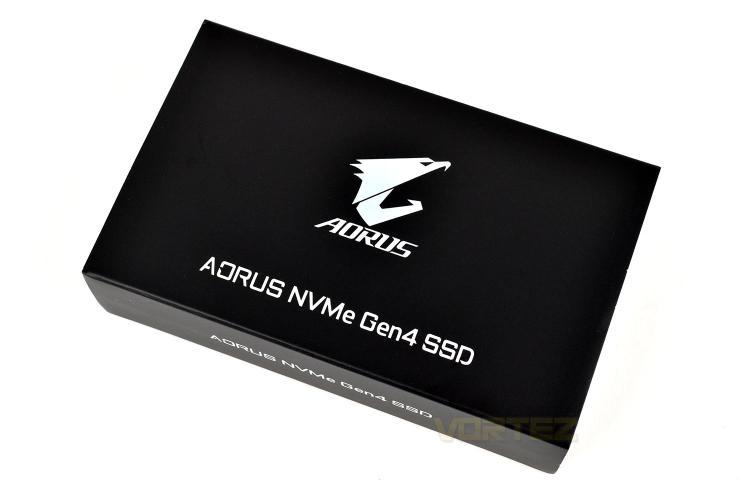 Compared to the front, the rear gives much more information. It states almost everything youd need to know if you were buying this from a shelf. 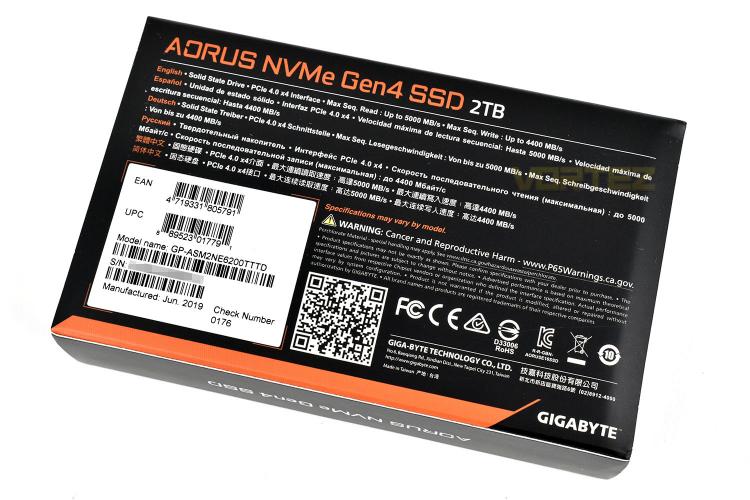 If youre buying a 2TB SSD for close to £500/$500, you might be forgiven to think you may get something extra, like a case sticker or disk cloning software but Gigabyte havent included anything.

Regardless, once you pick up the SSD for the first time, you wont be bothered about any of that. This SSD is considerably heavier than any NVMe drive weve handled so far; it almost feels like a hard drive due to the heft of the copper heatsink. 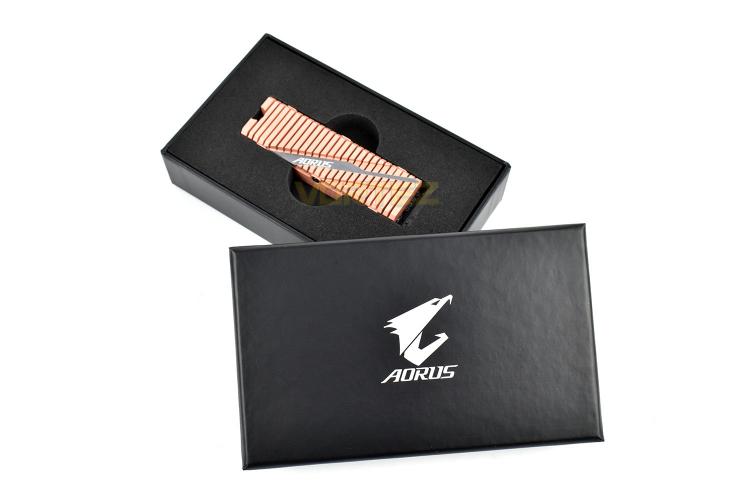 The deep grooves along the top obviously serve the purpose of increasing the surface area of the copper heatsink but the orientation doesnt strike us as optimal considering the typical airflow through your case. The diagonal recess with the AORUS logo looks great and finishes off the look. 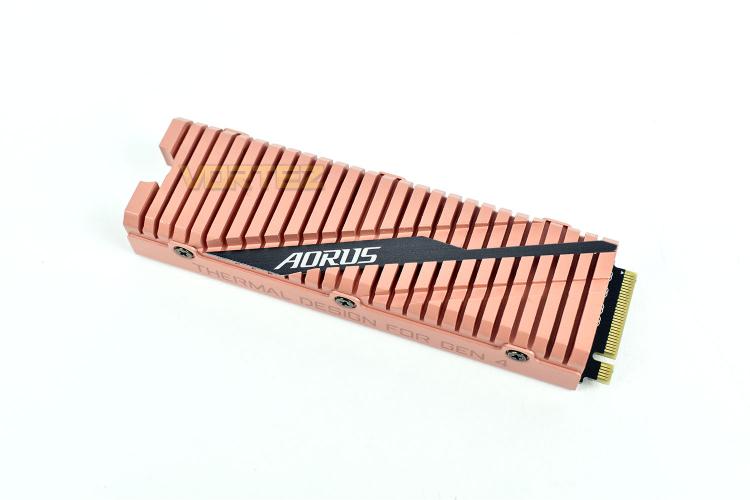 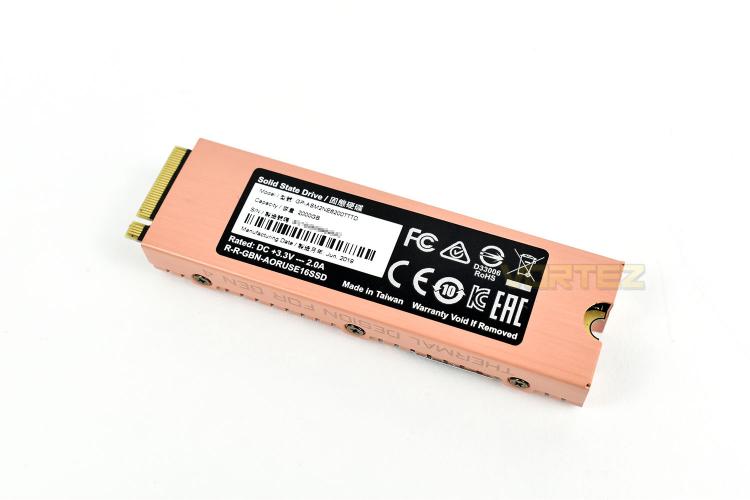 When viewed from the side, the height of the drive becomes apparent. Overall, the dimensions are 80mm long x 28mm wide and 12mm tall. 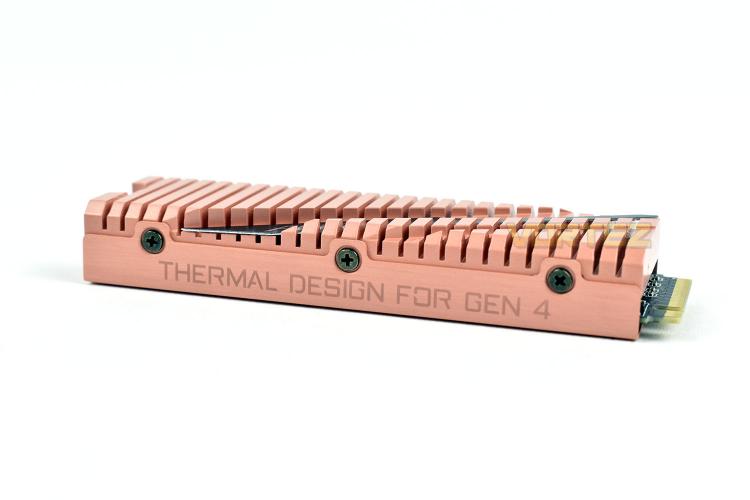