Street Fighter is back in its 4th iteration and its bigger and better than ever. Combining fluid, fast based sparring with stunning artistic visuals, the game delivers tremendous game play. Be reacquainted with some of the most popular characters in video game history while you battle your way to the top, be it with Ryu or the mighty Bison. The game might be frustratingly hard in some cases but there's nothing like the satisfaction of K.O'ing your opponent with a well stringed death bringing combo. 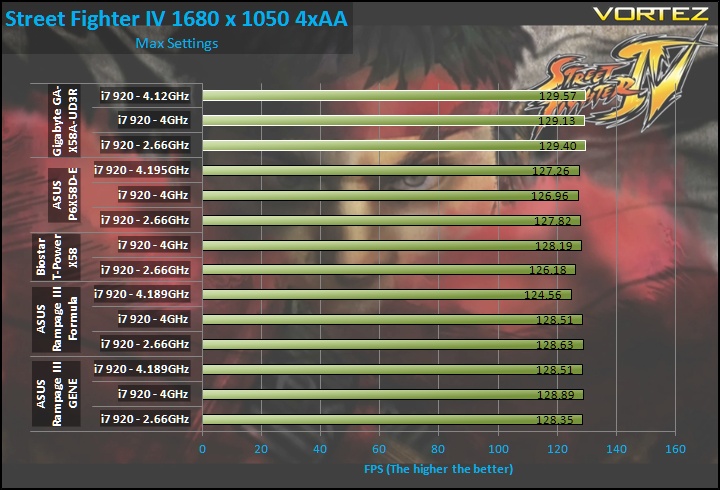 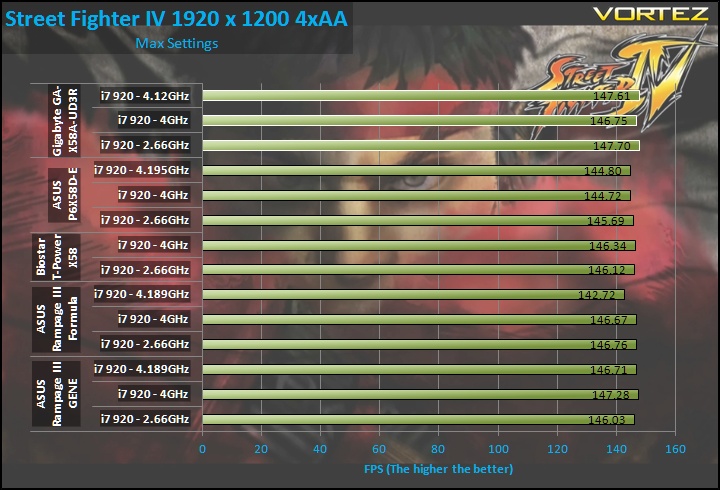 If Far Cry 2 didn't put the Gigabyte under a good light, then Street Fighter IV will. A both settings, the Gigabyte performed very admirably and exceeded the P6X58D-E by 2-3 FPS. Overclocking has very little impact on performance as usual suggesting that the game is mostly GPU limited.

The Dark Knight takes on his greatest challenge yet when he becomes trapped with all of his most dangerous villains inside the insane asylum of Gotham City - Arkham Asylum. The game exposes you to a unique, dark and atmospheric adventure that takes you to the depths of Arkham Asylum, Gotham's psychiatric hospital for the criminally insane. 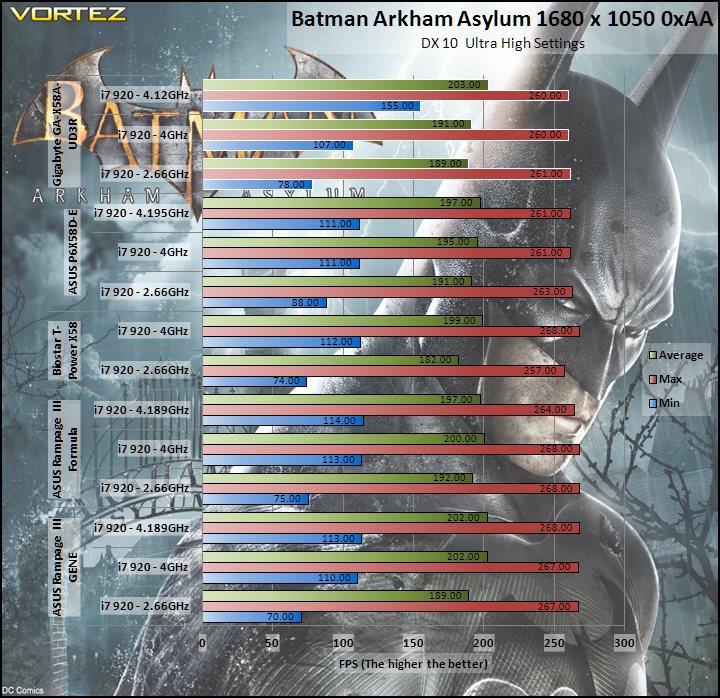 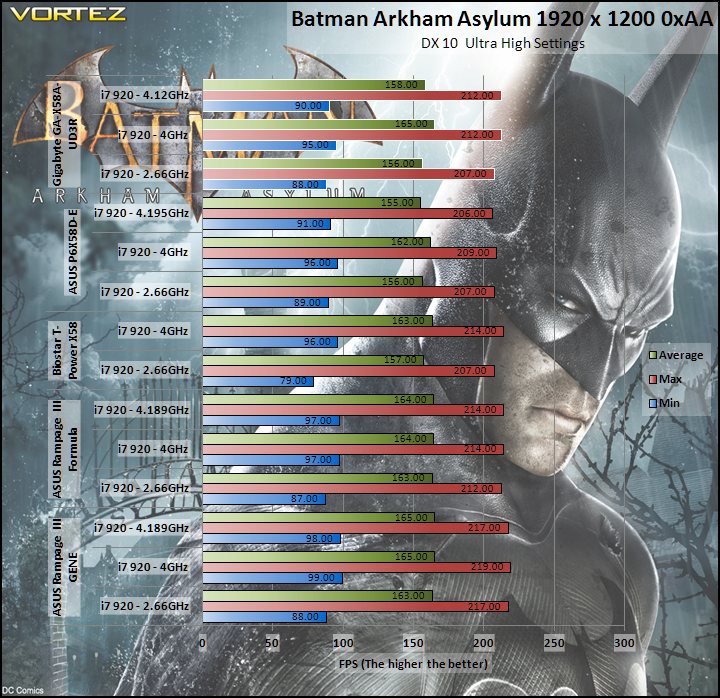 There is a fair bit of variation in the results here but focussing on the Gigabyte and the ASUS P6X58D-E, the former is the superior offering at high resolution. Even at 1680x1050, the two boards trade blows and ironically, the Gigabyte is the best performer at its maximum overclock despite the clock speed being lower than on the ASUS boards.