👤by Sahil Mannick  Comments 📅17-09-10
3DMark 06 & Vantage
3DMark06
Futuremark has been the testing ground for enthusiasts ever since their first release in 1999! While 2006 is long gone, it's still very popular amongst benchers. 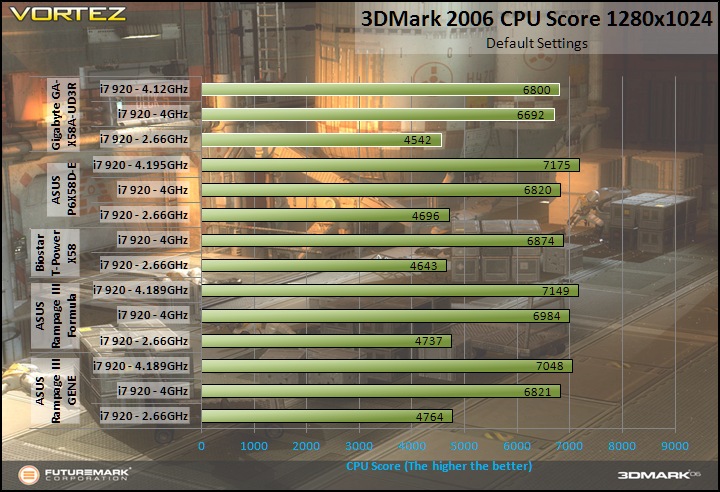 Again, CPU performance is lagging behind the other motherboards using the Gigabyte. Benchers would have to refrain from using this board if their aim is to get the highest scores at the lowest costs.

This latest benchmark suite from Futuremark introduces DX 10 PhysX support. Despite being on the verge of DX 11 games arriving, Vantage is still the chosen benchmark amongst enthusiasts these days. 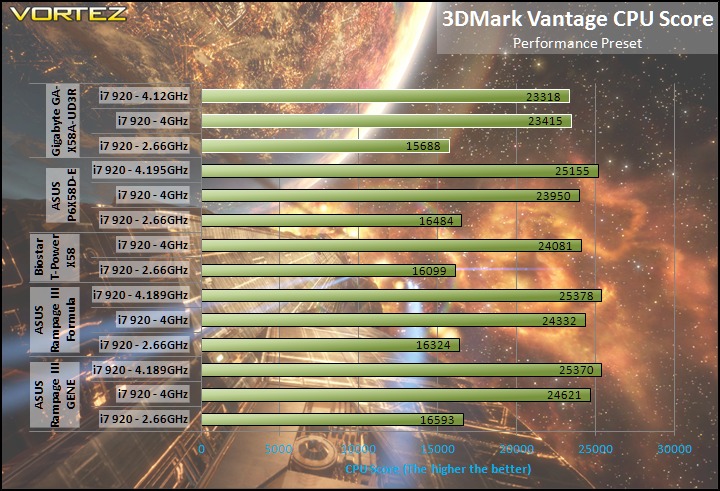 The same trend can be seen here. Gigabyte's GA-X58A-UD3R cannot keep up with the ASUS and Biostar motherboards at all three clock speeds.