👤by Sahil Mannick  Comments 📅17-09-10
Conclusion
Gigabyte certainly offer a lot with the GA-X58A-UD3R in terms of features, innovations and user friendliness. On initial impression, you would be hard pressed to conclude that the board is in fact an entry-level X58 solution. Compared to the initial line-up of motherboards available on Nehalem's release, the GA-X58A-UD3R is more akin to the high end offering at the time, with the additional benefit of USB 3.0 and SATA 6Gbps. Even now, it shares a lot of key features with its more expensive siblings such as the UD5 so the UD3R can be considered a bargain. Delivering 12 phase power on the CPU, a cooling system to match and the Ultra Durable 3 feature for greater efficiency, the motherboard holds great promise. For the most part, they keep that promise with a stable running system, excellent memory support and performance, and overclockability. Its key aspect is probably on the software side, bundled with a range of utilities to ease users through the overclocking process and to manage their system without the daunting task of entering BIOS. I was personally very impressed with the Cloud OC utility since it brings remote hardware overclocking and monitoring to the mainstream. My only complaint there was that settings weren't applied permanently. 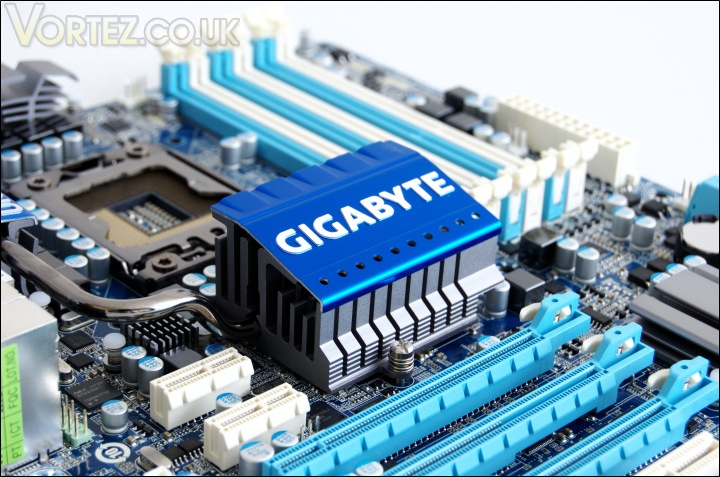 The motherboard wasn't without its flaws and the last few pages made that clear. I was quite disappointed by the low CPU results on the multiple tests ran, both synthetic and real world benchmarks. Gaming performance was also lower than expected on Far Cry 2, although the other two games tested showed much better results. Another major negative was the board's limited overclockability compared to its rivals. A maximum BCLK of 213MHz was lower than that achieved on the ASUS boards and as a result the maximum overclock attained was also lower.

On the whole, the feature filled GA-X58A-UD3R was a good motherboard that at around £140 is a bargain for anyone looking to go onto the X58 platform.

I would like to thank Gigabyte for providing this sample and for their patience. To discuss this article, please visit our forums.