We are now very familiar with the Windforce cooler and know exactly how well it performs; having tested it on a couple of older NVIDIA graphics cards. However, the true potential of the cooling capabilities could never be realised because up until the advent of GPU BOOST 2.0, temperatures had little part to play except of course for keeping the GPU cool. Now however, the cooler a GPU runs, the more potential there is for the card to 'boost' its overclock, at least until the temperature threshold is reached. This should mean the card we have in our hands (with 450W of cooling power) should give us a mouthwatering boost clockspeed on the core which is actually already overclocked from the factory to a blistering 1137MHz (1189MHz BOOST) from a reference speed of 1046MHz (1085MHz BOOST). 100MHz+ for free? Yes please! 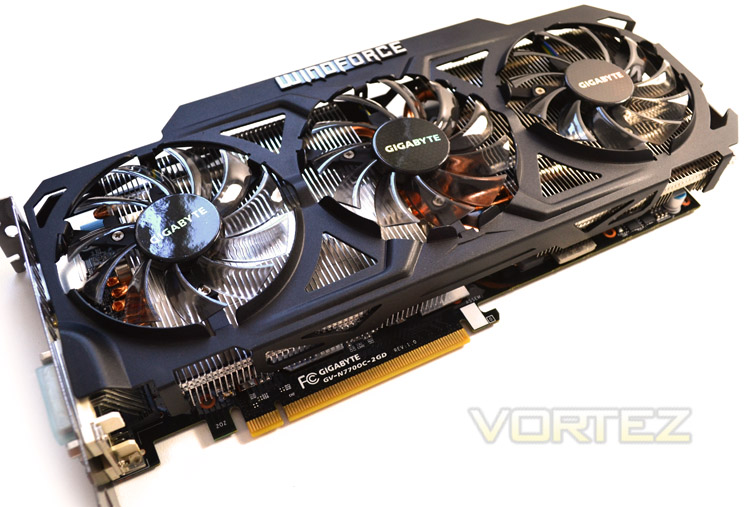