With the ultra high end graphics cards fast approaching the £1000 mark it is easy to overlook the cards at the entry level costing a little more than a 10th of this price. While the red and green team fight for the top performance spot, there are equally fought battles further down the performance league. The NVIDIA GTX750 Ti which we reviewed, impressed with its cost vs. performance figures and of course having the hugely anticipated Maxwell processor on-board it was a very cool performer while also appealing to Greenpeace due to the low power consumption. Those two features, heat output and power consumption were what the card gained awards for so the question has to be asked then why GIGABYTE thought it would be a good idea to increase cooling performance of an already cool running card and allow more power to be pumped through the Maxwell core? We suspect that GIGABYTE were not satisfied with the overclock of the reference design and believe there is more performance to be gained from this GPU through overclocking. 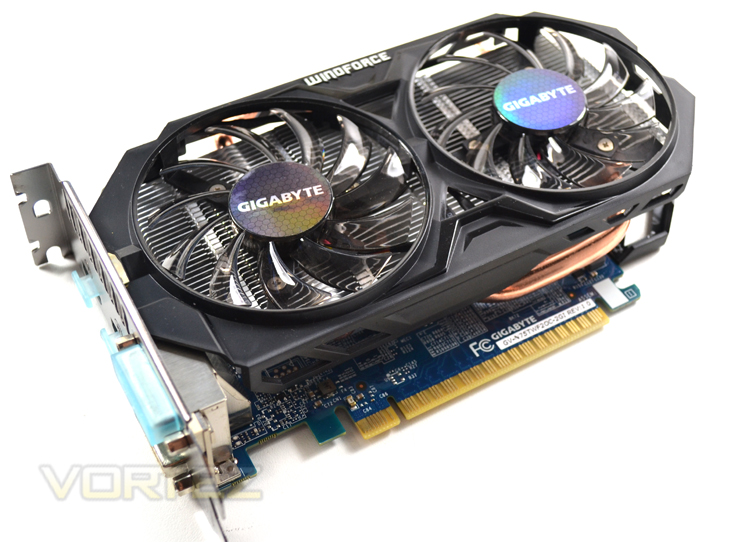 With an impressive factory overclock, we see that GIGABYTE have indeed increased the clockspeed from 1020MHz to a very healthy 1215MHz. The standard OC version rates at a mild 1033MHz so the overclock applied to this model is insane in comparison! The memory clockspeed remains the same however at 1350MHz so we expect further overclocks to be attained from at least the memory but also hopefully the core too. With the additional cooling provided by the now renowned Windforce design and a little extra power available, we expect this card to be quite a pocket rocket.