GIGABYTE recently unveiled their latest addition to their already impressive X99 family of motherboards with the GAMING 5P. The GIGABYTE range is essentially split into three types, the UD (Ultra Durable), the SOC (Overclocking) and the Gaming range, each with varying degrees of performance and features for their given area of expertise. The latter of which we have for review today in the form of the 5P. No cigar for guessing which market the GAMING 5P is directing its attention toward though it does offer much more than gaming prowess! With an upgradeable and high specified audio, a wealth of overclocking features and great aesthetics, the GAMING 5P is setting itself to be the mid-range motherboard of the range and indeed the whole GIGABYTE family. 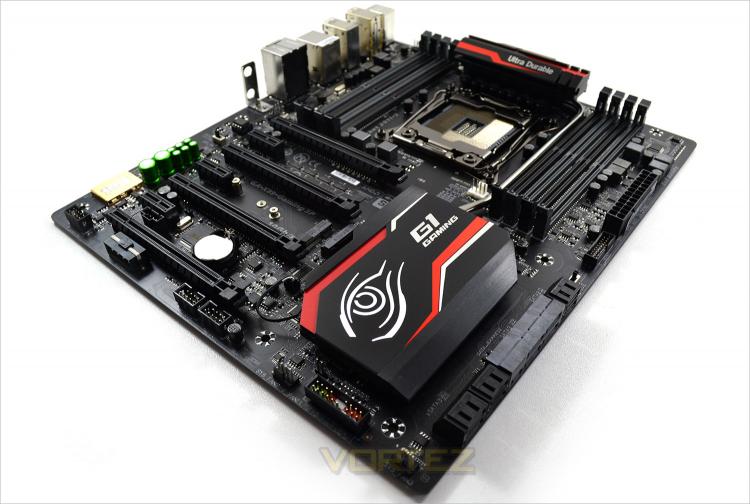 We recently reviewed this motherboards little brother, the mATX GAMING 5 so it will be interesting to see what GIGABYTE have done with the extra real estate available on the full ATX size GAMING 5. Along with the audio improvements, they have incorporated G1 Killer networking, high spec digital power components along with some aesthetic additions that are sure to please those with a windowed case. Obviously, being a gaming motherboard GIGABYTE have included support for 4-way SLI and 4-way Crossfire so you can be assured of ultra gaming performance. The specification of the Gaming 5P then defies the cost because at just £230, it is much cheaper than the range toppers which come in at almost double that.

So on paper, the Gaming 5P appears to tick all the right boxes. Let's scratch below the impressive surface to see if this motherboard offers true value for money or is simply adding bling to tempt would be gamers to X99...