With the introduction of the Intel Z68 chipset, P67 has taken a backseat and certainly with some brands is now being phased out. Z68 of course delivers similar specifications but allows discrete GPU and IGP on the Intel 2nd Generation chip to work together, we also have Rapid Storage Technology (SSD Caching). So as things stand, the likelihood is that we will no longer be looking at any further P67 motherboards.

Our current spate of motherboard reviews centred around the LGA1155 socket has dealt mainly with top-end offerings, often with money being no object. Today however things change slightly, we will be taking a look at a mainstream motherboard from GIGABYTE. Not everyone has the cash to splash out on a top of the range motherboard and so today should reveal what level of motherboard can be had within the mid-range sector.

Enter the Z68XP-UD3P, a motherboard adorning that much coveted black/grey colour configuration and looks that could kill. Could this be the ideal motherboard for those seeking a mid-range offering? Lets find out! 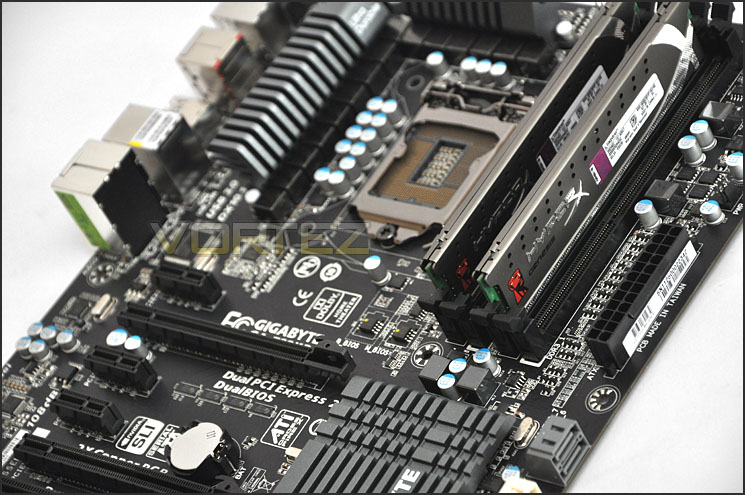 GIGABYTEs Take on Z68XP-UD3P
Unleash the potential and drive your system to the limits with the GIGABYTE GA-Z68X-UD3P-B3 motherboard. Like Gigabyte P67 series, this motherboard provides advanced overclocking features including increasing processor core ratios, increasing DDR3 memory ratios and increasing power and current limits. And now it newly introduces the feature of increasing the graphics core clock speed on Z68 platform for even greater graphics performance.
About GIGABYTE
GIGABYTE was founded in 1986 in a small lab by four young engineers passionate to make their mark on the industry. GIGABYTE remains dedicated to the core belief of improving the lives of our users by manufacturing products that are high-performing, reliable, and of excellent quality. Here are some of GIGABYTEs innovation highlights: