👤by Richard Weatherstone  Comments 📅04-08-11
Results (Crysis Warhead)
Following the success of Crysis, the stand alone expansion "Warhead" was hotly anticipated to bring more game play, more weapons, improved visuals whilst maintaining better performance, the latter being what gamers wanted most. After all how many people upgraded their rigs just to play this game... In the game, you play as the upbeat Brit Sergeant "Psycho" Sykes, chasing down a Korean nuclear warhead. Throw in some ice shooting aliens and we're bound to have a great game. It sure delivered.

Testing was done using Framebuffers Crysis Warhead benchmarking tool. The tests were configured to DirectX 10 at Enthusiast levels. Each test on the Ambush map was looped three times from which the average FPS was recorded. 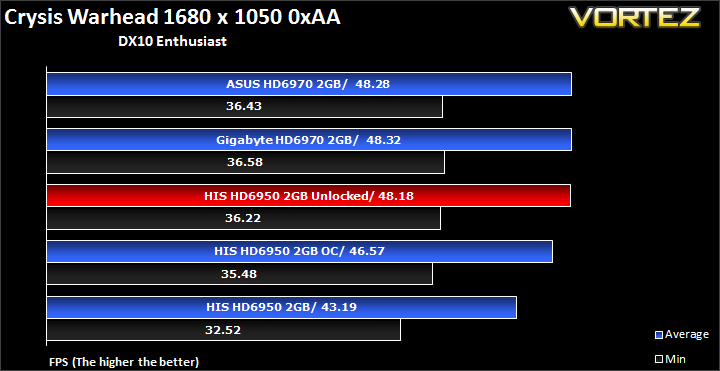 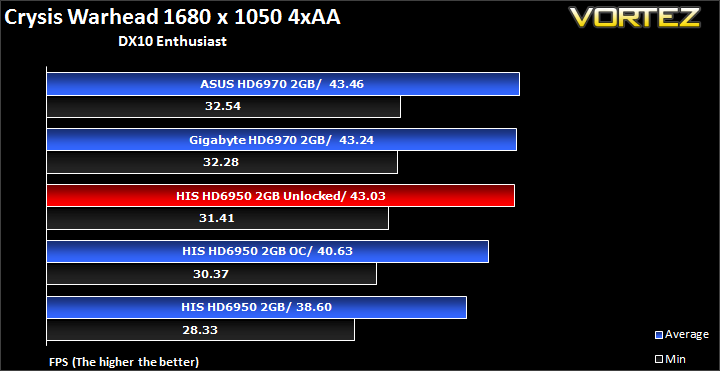 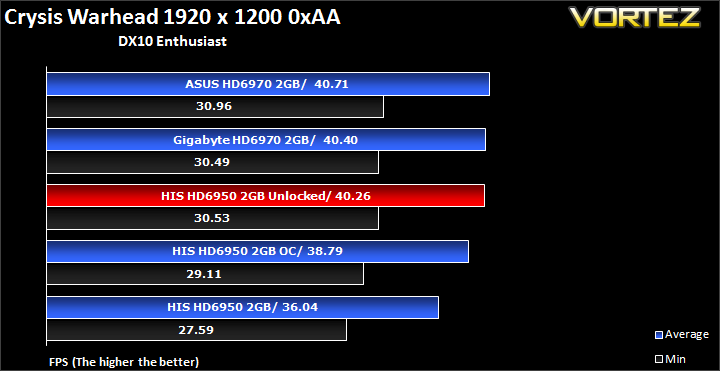 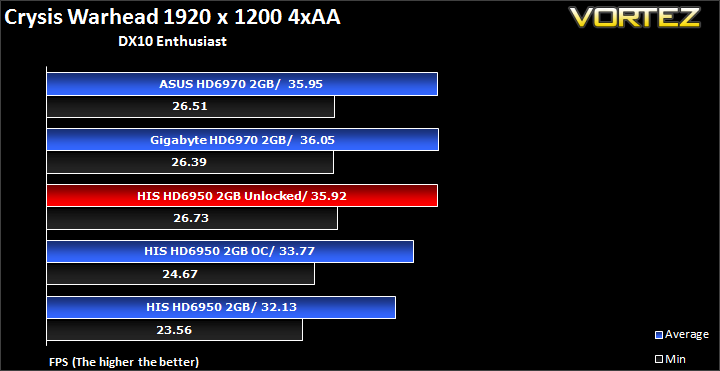 In Crysis, we see the unlocked HD6950 getting an average 11.6% boost at all settings, making it on par with the other HD6970s tested.