👤by Richard Weatherstone  Comments 📅04-08-11
Results (Far Cry 2)
One of the most hyped games of 2008, Far Cry 2 had some big shoes to fill. It was built to be the next best thing since well... Far Cry I suppose. Combining an open-world game play with highly detailed graphics, physics and AI, what more could we possibly want? The game puts us in the body of a malaria inflicted mercenary hunting down the "Jackal" in the heart of Africa, in a bid to stop an on-going conflict between two rival factions. The storyline can be hard to follow sometimes but I'm no game reviewer, so let's concentrate on the graphics and performance. After all, we all need to know if our hardware will be able to handle the scorching savannah burning at the hands of our flamethrowers.

The bundled benchmarking tool was used on Far Cry 2, configuring the settings to Ultra and DX10. The small ranch level was chosen and each configuration was looped three times from which the average FPS was recorded. 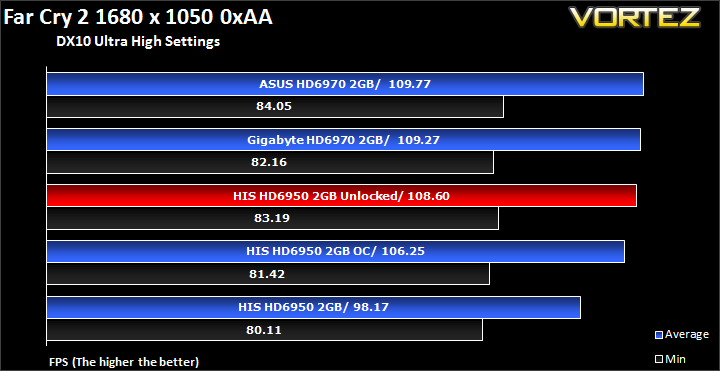 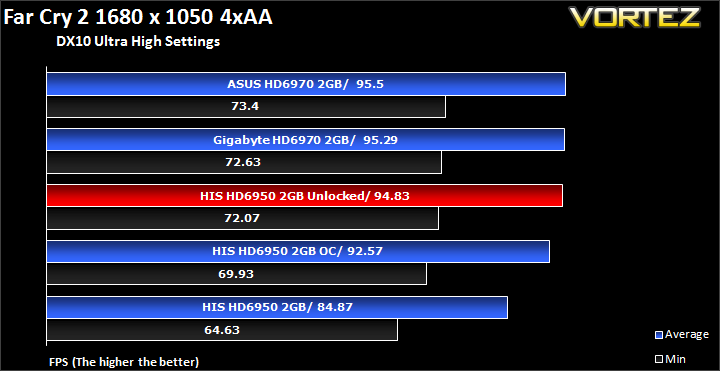 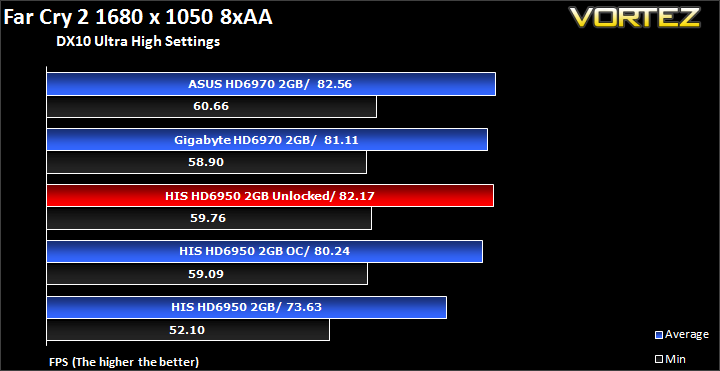 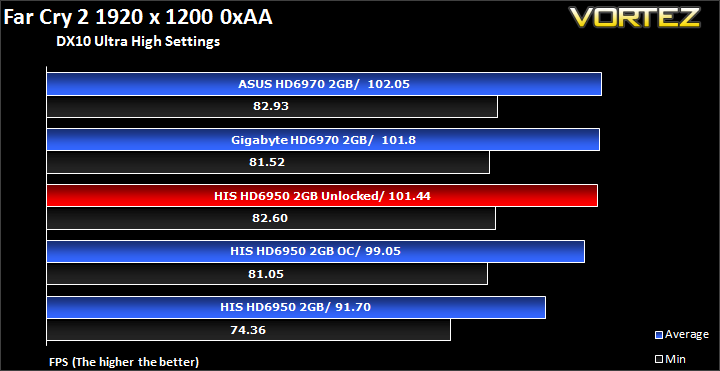 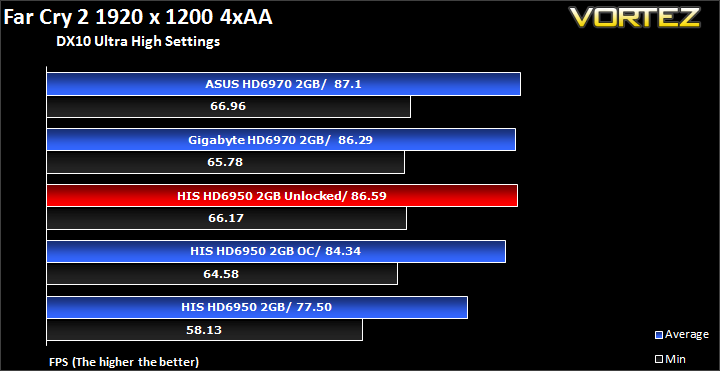 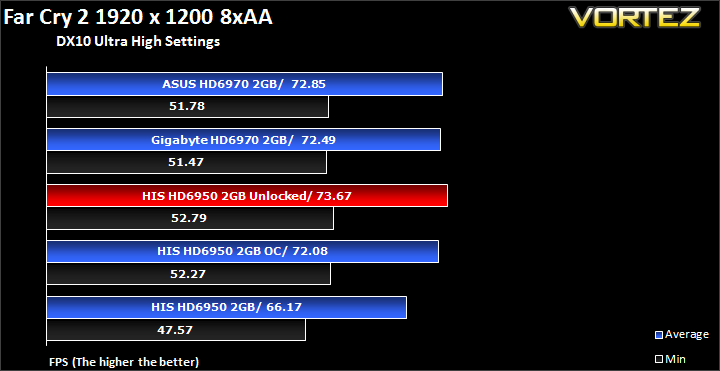 Far Cry 2 shows the HD6950 attaining an overall 11.3% gain when unlocked. And again, the card performs very similarly to the other two native HD6970s