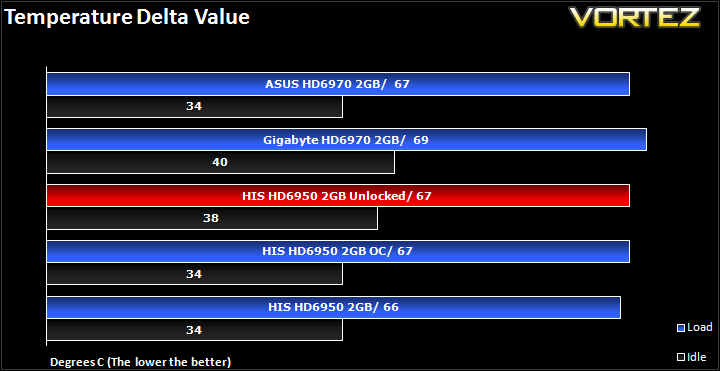 Despite the higher clock speeds and 2 unlocked SIMD clusters, the unlocked HD6950 still maintains the same temperature as before. The main change is that the fan speed increased to maintain the temperature, idling at 29% and ramping up to 51% under load from 37% at default speeds. The unlocked card also operated at 1.175V so it is possible that some overclocking headroom was also unlocked in the process. 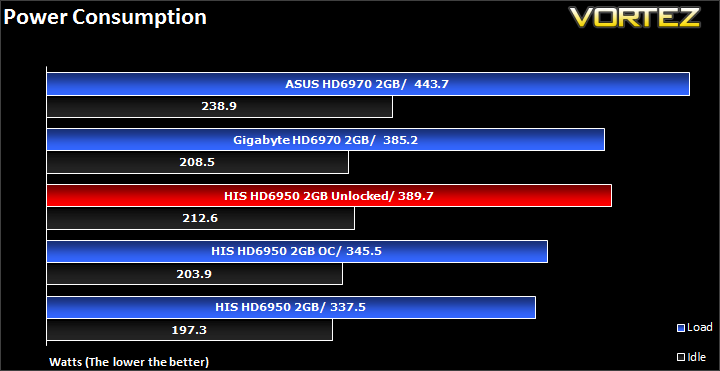 As expected, power consumption also increased as a result of unlocking the card. There is little difference between the HIS and the Gigabyte HD6970 at both idle and under load. Despite the HD6950 only featuring 2 6 pin PCIe power connectors rather than one 8 pin and one 6 pin connectors, it has no problem coping with the load during gaming. It is highly recommended to set the Power Tune slide to +20% in AMD CCC to avoid any issues but conversely, it does increase the TDP.